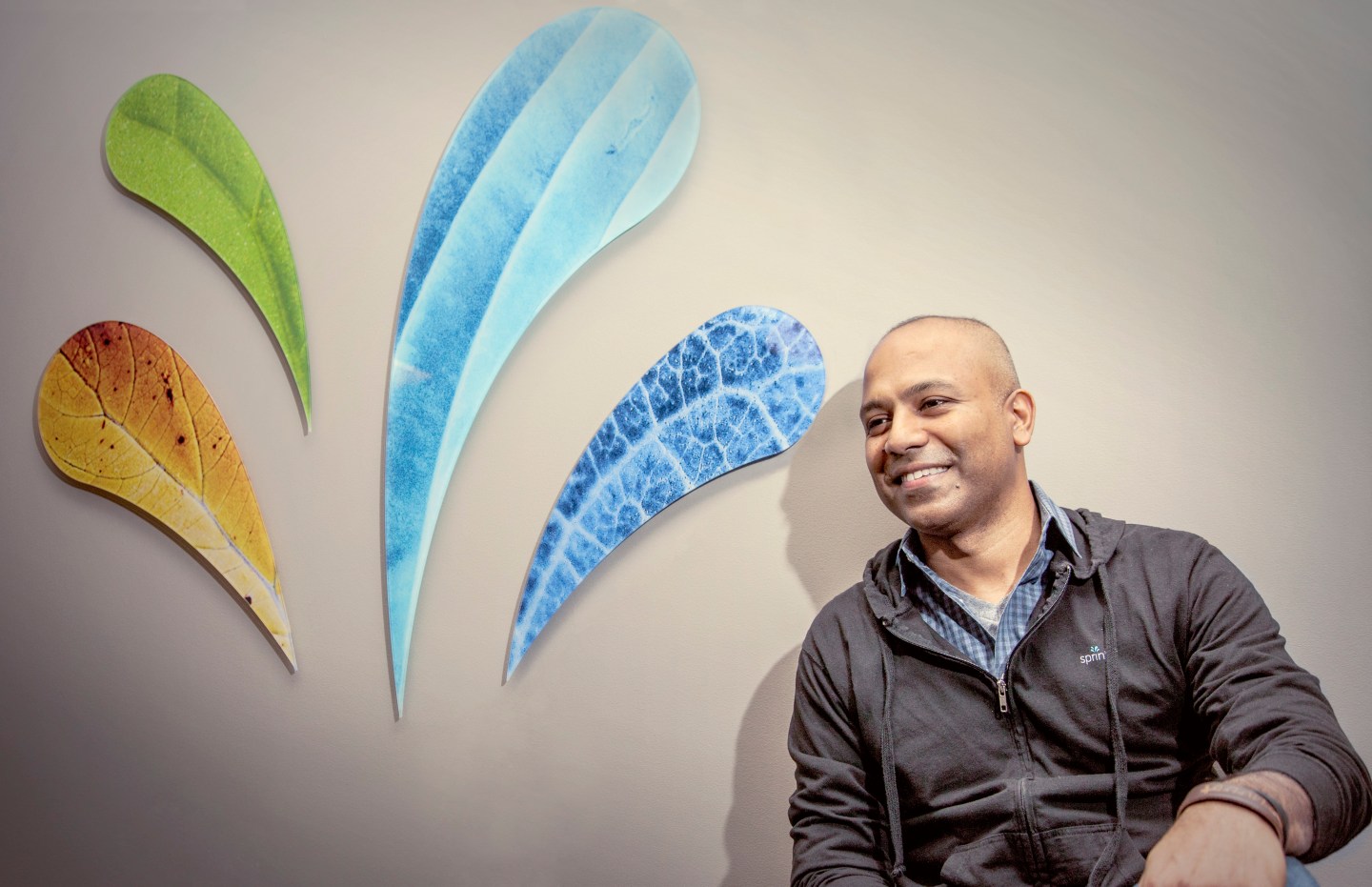 Marketing software startup Sprinklr, which last year declared it had topped $100 million in revenue, has raised another $105 million to fuel international growth and, if the occasion arises, to make more acquisitions.

The latter is a very real possibility. In April, the company closed its ninth acquisition in two years, buying social analytics startup Postano. “It’s no secret, at this point, that we’re fairly ambitious,” Sprinklr founder and CEO Ragy Thomas told Fortune. “We want to stitch together the front-office systems for large brands.”

The Series F round disclosed Wednesday was led by Singapore-based investment firm Temasek, along with fund manager Wellington Management and EDBI, the corporate investment arm of the Singapore Economic Development Board. It boosts Sprinklr’s total backing to $239 million at a valuation of $1.8 billion, Thomas said. (The company’s declared valuation after a March 2015 funding round was $1.17 billion.)

Thomas said the new money will be used to fund hires and investments in product development and “customer success” processes, such as getting new accounts up and running quickly. Sprinklr currently employs about 1,200 people.

You can also expect Sprinklr to expand its international presence, although Thomas declined to specific exactly where. Last year, the company opened offices in Brazil, Japan, and the United Arab Emirates. “If you read between the lines, we think APAC is strategic,” he said, referring to the base for two of this round’s lead investors.

Marc Benioff: ‘The CEO Is Now In Charge of the Customer Relationship’

Sprinklr faces some pretty huge rivals in its quest to connect with chief marketing officers including Adobe Systems (ADBE), Oracle (ORCL), and Salesforce (CRM), according to Forrester Research.

To improve its chance of success, the company has tapped some equally large allies. One of its newest strategic partners is Microsoft, with which Sprinklr expanded its relationship in late June. As part of that deal, Sprinklr plans to offer its applications on the Microsoft Azure cloud service. In addition, the two software companies are developing a system that combines Sprinklr’s marketing apps with Microsoft’s business management software (Dynamics), its analytics platform (Power BI), and applications suite (Office 365).