Can Elmo Diagnose Your Kid’s Illness? 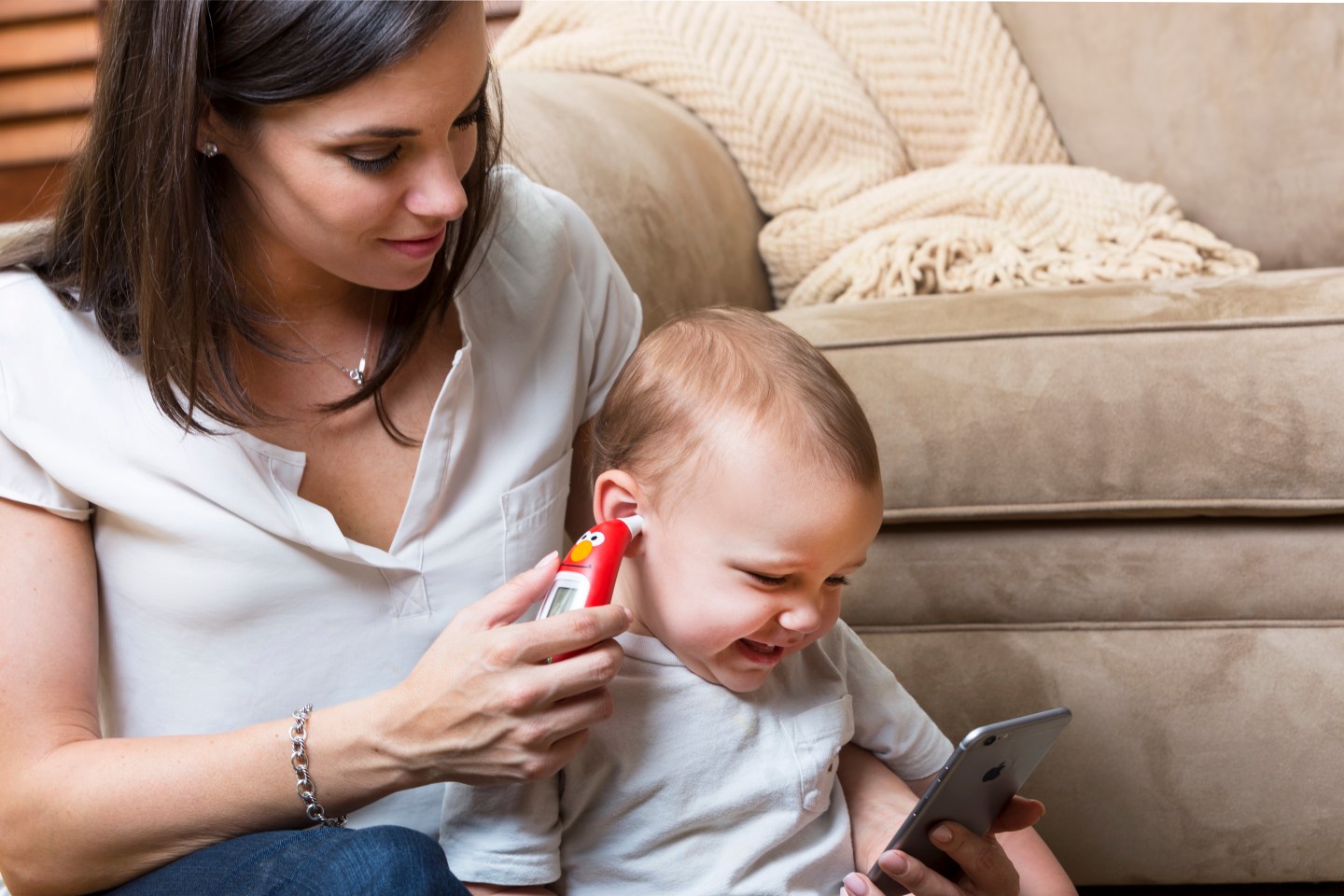 Taking the temperature of a sick and fussy toddler is a no small feat. Kinsa, a startup that has developed an FDA-approved smart thermometer, is not only hoping that Elmo will help parents accurately take their child’s temperature, but also potentially diagnose the illness as well.

On Wednesday, Kinsa debuted the Elmo Smart Thermometer, a small Elmo character-branded device that takes the temperature of a child, and can give advice—via an accompanying app—on what could be ailing the little patient.

While most traditional ear thermometers appear sterile looking, Kinsa’s red, Elmo-themed device aims to put little ones at ease by having the Sesame Street character say something after the parent sticks the thermometer into the child’s ear canal. Like most digital thermometers, the device has a backlit screen that displays the temperature of the child. But the “smart” part of Kinsa’s thermometer is its accompanying app, which tracks ongoing temperatures for each child, lets parents add in symptoms, and even provides suggested diagnosis for what’s wrong.

After the temperature reading, parents can select symptoms and Elmo will act out each. For instance, if you select “cough,” Elmo will make the noise of a cough and say, “Excuse Elmo.” If you tap fatigue as a symptom, Elmo says “Ahh, tired.”

The app also includes a feature called Groups, which allows parents to invite other parents from their kids school or daycare to share in the app what symptoms or illnesses their kids are experiencing. Some parents already get these alerts from their schools, but for others, the information could be useful if enough families participate.

Kinsa’s thermometer isn’t cheap, retailing at $59.99 on the startup’s site, Amazon.com, and in the baby section of Target stores. Most digital thermometers retail for under $20.

In order to include Elmo in its product, Kinsa signed a licensing agreement with Sesame Workshop, the non-profit organization behind the hit children’s educational show and owner to the rights of the show’s characters. According to Kinsa, this is the first internet-connected product Sesame Street has issued licensing rights to.

Sesame Workshop announced earlier this year that it would start making investments in startups focused on using technology to help children’s education, health, nutrition, and development through a new venture arm called Sesame Ventures. However, Kinsa said that Sesame Ventures has not invested in the company, whose backers include Kleiner Perkins and IA Ventures.