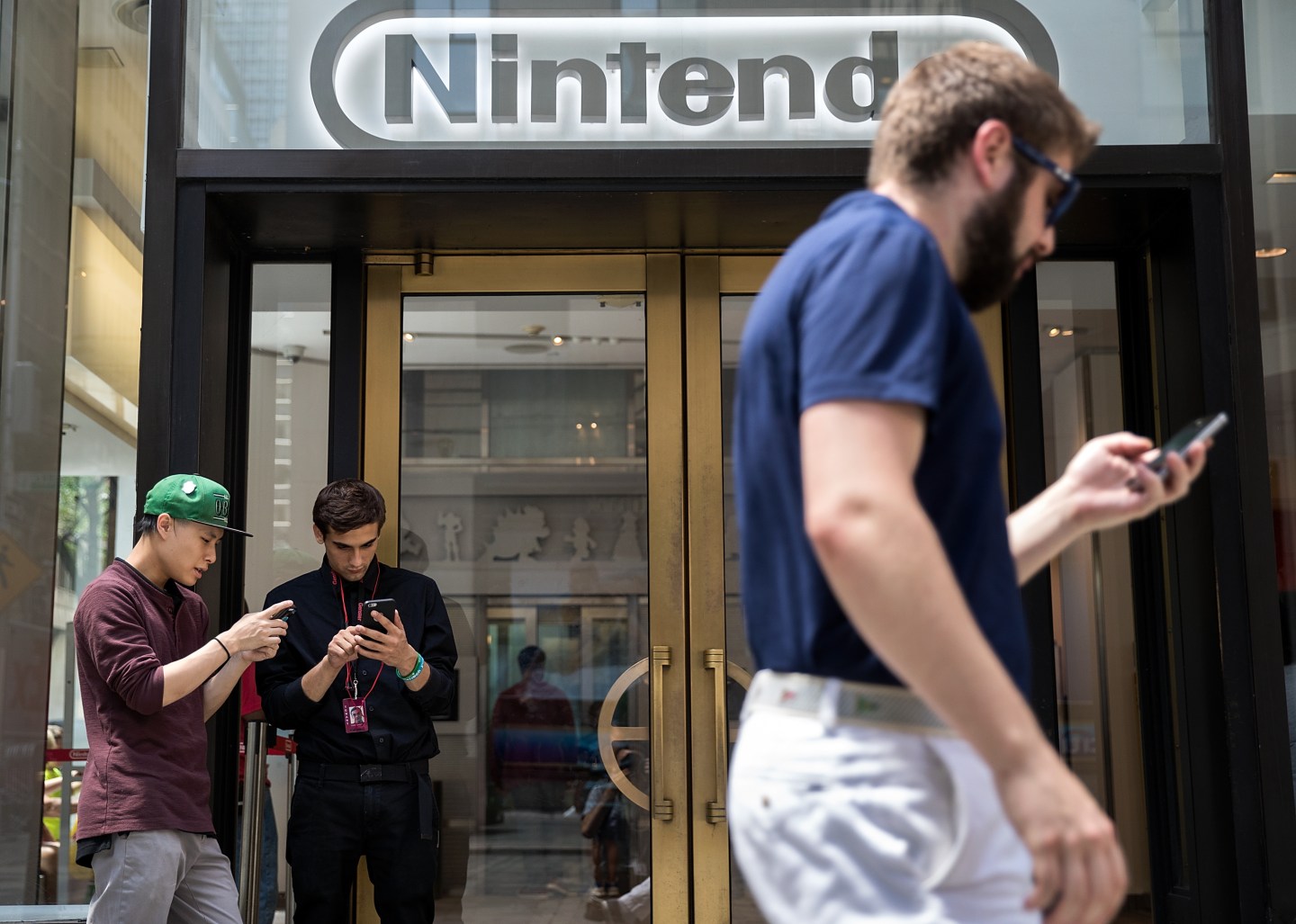 Shares of Japan’s Nintendo (NINTENDO-CO-LTD) soared another 14% on Tuesday, more than doubling the firm’s market capitalization to 4.5 trillion yen ($42.5 billion) in just seven sessions since the mobile game Pokemon GO was launched in the United States.

The phenomenal success of Pokemon GO – now available in 35 countries, the majority in Europe, and most recently in Canada – has triggered massive buying in Nintendo shares, surprising even some seasoned market players.

“I’ve never seen the trend of such a big company’s shares changing so quickly in such a short period of time,” said Takashi Oba, senior strategist at Okasan Securities.

Turnover in Nintendo shares hit 703.6 billion yen, surpassing the record for trading turnover in individual shares it set on Friday, of 476 billion yen.

Trading in Nintendo shares roughly accounted for a quarter of the entire trading on the Tokyo Stock Exchange’s main board.

The success of Pokemon GO, unforeseen even by its creators, has boosted hopes that Nintendo could capitalize on a line-up of popular characters ranging from Zelda to Super Mario to strengthen its new foray into augmented reality.

“Virtual reality and augmented reality have been a focus of the market but hardly anyone was expecting Nintendo in this area. Suddenly Nintendo has become an AR-related stock,” said a fund manager at a Japanese asset management firm, who declined to be named as he is not allowed to discuss individual shares.

“Under my rough estimate, the sales from Pokemon GO and upcoming related gadgets will boost net profits by 50 billion yen. Based on that assumption, Nintendo is traded at 30 times profits, which is not unreasonable,” he said.

The popularity of Pokemon GO is producing an unexpected boom in some shares that have a scant link to the game.

Shares in First Baking Co, a bakery firm with annual sales of 25 billion yen, saw its shares rise 18% on Tuesday as the firm sells “Pokemon Bread” among other breads wrapped with character-decorated bags.