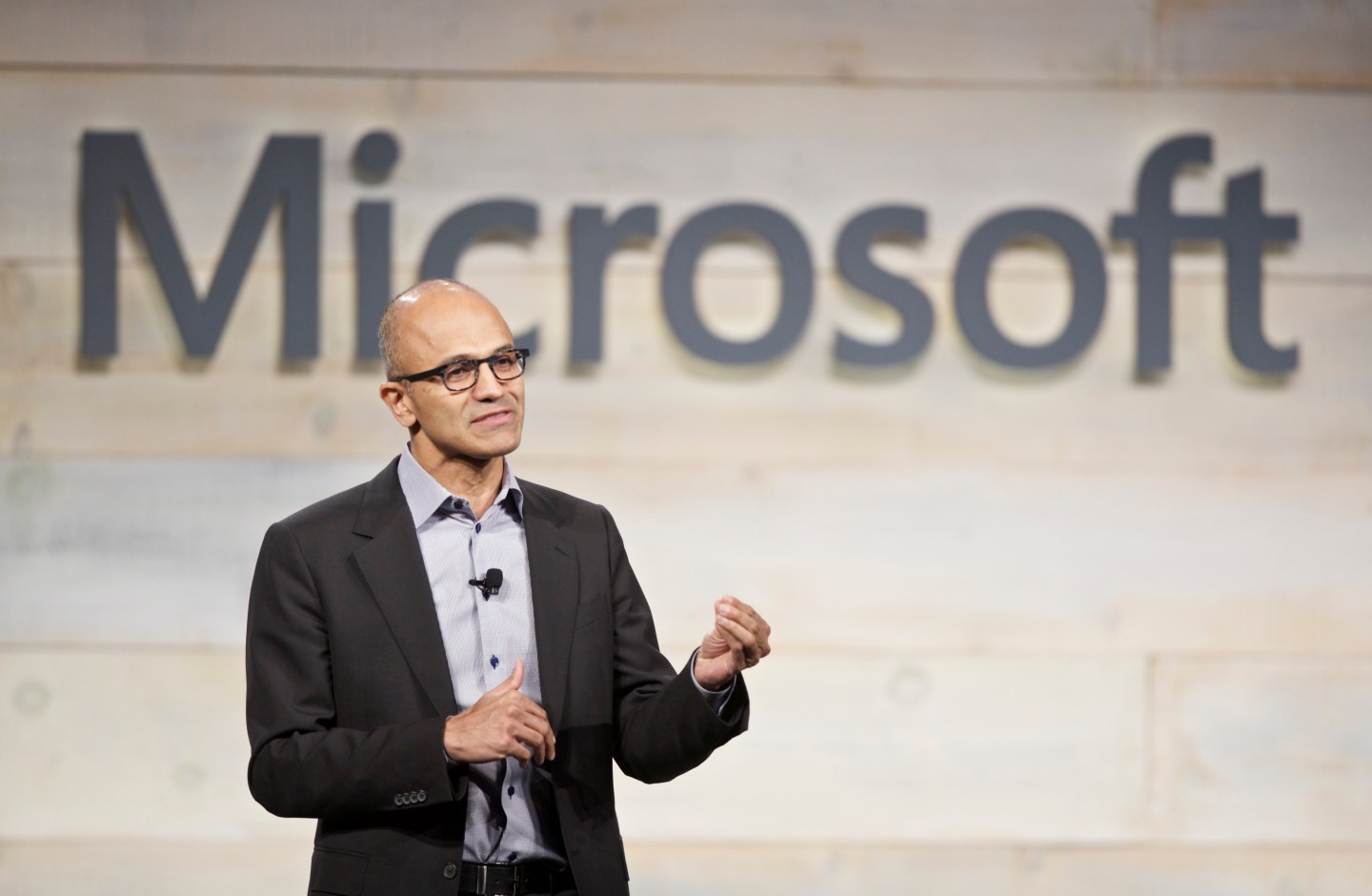 Microsoft continued to claim big cloud momentum on its fourth quarter conference call. That’s no surprise—what would have been shocking is if it had not done so. Investors liked what they saw, sending Microsoft share price up 4% at one point in after hours trading.

For Microsoft, as for IBM (IBM) and other legacy IT providers, putting up big cloud numbers is now mandatory as more companies are changing the way they’re buying IT products. Instead of purchasing hundreds or thousands of new servers or storage boxes every few years, more companies are running more of their software and store more of their data on shared public cloud infrastructure, like Microsoft Azure, Amazon (AMZN) Web Services, or Google (GOOG) Compute Platform.

But back to Microsoft’s fourth quarter earnings: As usual, assessing the actual numbers of the Azure cloud business is not easy. The company said on Tuesday that Azure’s revenue doubled year over year, without specifying an actual dollar figure.

For reporting purposes, the company lumps Azure in with other products in its “intelligent cloud” product segment. Overall, that segment’s revenue grew about 7% year over year to $6.7 billion from about $6.3 billion. How much of that is Azure as opposed to Windows Server or other products? Unclear.

Microsoft (MSFT) CEO Satya Nadella asserted that 80% of the major big banks are already Azure customers, but didn’t provide further detail. Are they using Azure to build and test new applications? To run mission-critical business applications in production mode? Something in between? Do they own a lot of Azure licenses that they have not used at all? Again, unclear.

Given that banks are highly regulated and security conscious, they are careful about where they put customer data and where they run software, so that 80% figure may seem a bit perplexing since they are conservative about changing their IT habits. However, as Fortune reported last year, at least a couple of the too-big-to-fail U.S. banks are running real applications in Amazon (AMZN) Web Services, the oldest public cloud that premiered in 2006. Microsoft is a bit newer to the game, but it also has long, entrenched relationships with Fortune 500 customers, which could help it win them over to Azure.

On the call, Nadella again noted that Microsoft’s ability to run a company’s applications on its own Azure cloud or enable them to run in the customer’s data center, is a key advantage. Rival AWS runs the applications only in its own data center.

The ability to mix and match applications running on a massive shared public cloud and in a corporate data center is called the “hybrid” cloud model. That lets customers keep some key applications under their own roof and put others off site.

That mixed deployment model helps Microsoft, Nadella said. “We meet them where they are today… that is one massive advantage,” Nadella said.

The existence of Microsoft cloud data centers in China and Germany, operating under local laws, is another advantage, Nadella said, although Amazon also has facilities in those two countries.

Some other tidbits from the call that are worth noting: Microsoft continues to struggle selling mobile phones , with revenue off 71% to $870 million year over year. That decline was offset a bit by Surface laptop and tablet revenue that rose $76 million, or 9% year over year.

It will offer a more uniform look-and-feel although a spokeswoman acknowledged that this does not mean the company is re-writing all those existing software code bases. Nadella claimed that Dynamics now has 10 million paid customers/