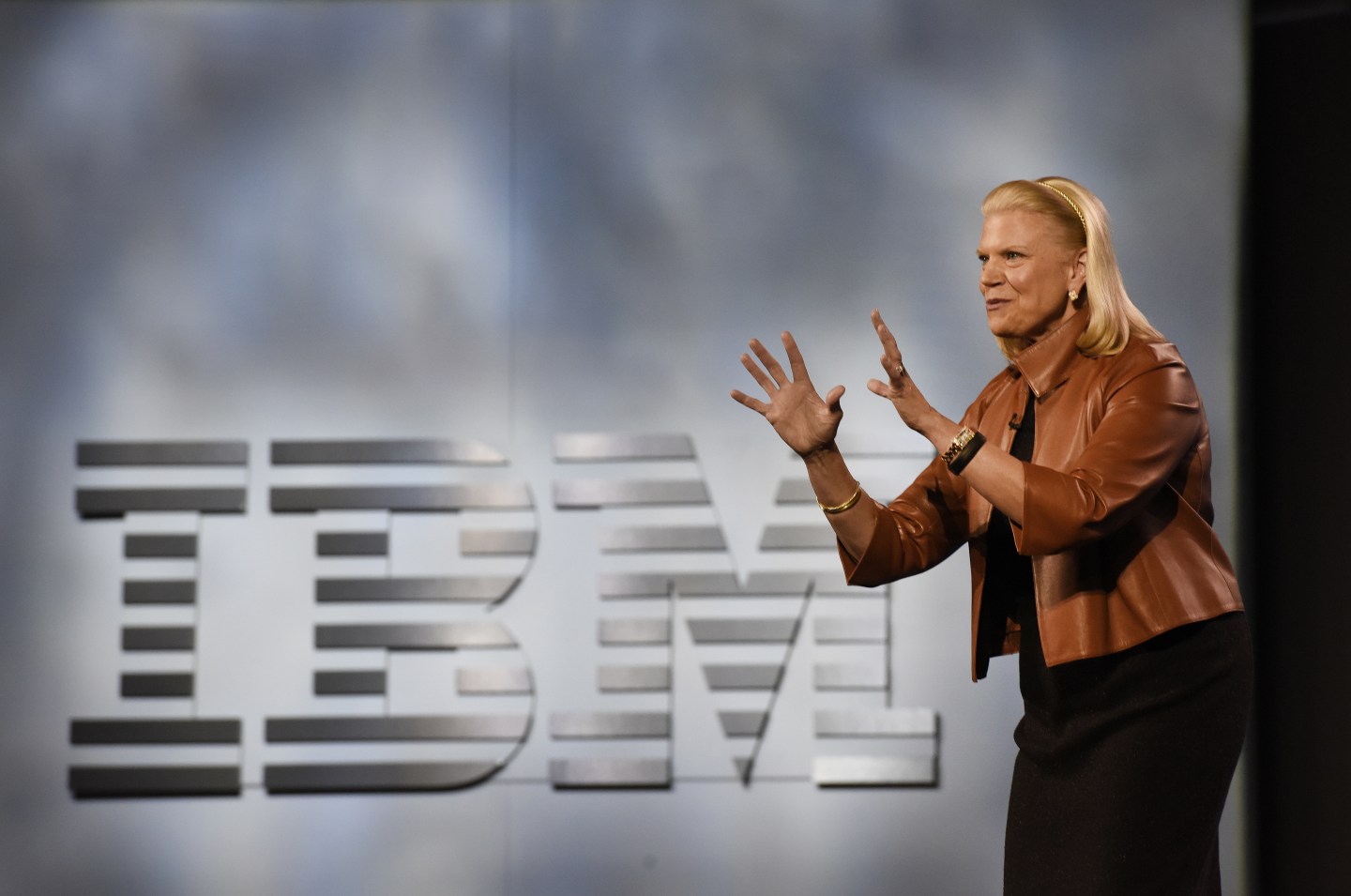 It isn’t easy turning around a giant, century old company.

The business technology giant did beat Wall Street’s expectations by reporting earnings per share of $2.95 compared to analysts’ projections of $2.89 per share. But the company still has a long way to go to stabilize, even as it heavily invests in its so-called “strategic imperatives” of cloud computing, data analytics, and cybersecurity to offset declines in its legacy software business.

During a call with analysts, IBM CFO Martin Schroeter said that IBM was “on track with what we wanted to get done with the year” and was continuing to heavily invest in new areas like data analytics and security while also opening more data centers to support its cloud computing service. Those areas demand significant investment that’s unlikely to slow even if it means eating into the company’s profits, he explained.

He cited significant layoffs that are “about rebalancing skills” that would save IBM money that it could invest in growth areas. Although it is firing some employees, IBM has previously said that it is also hiring others in the areas it wants to grow and that its total workforce should be roughly the same at the end of 2016 as it was in the end of last year.

Schroeter did not directly answer the question, but he reiterated that IBM is on track for sales by units and services deemed strategic imperatives to hit $40 billion by 2018. He said that the strategic imperatives already account for 38% of the IBM’s total business, so it won’t take much for the company to hit its goal.

Additionally, Schroeter said IBM experienced some “execution issues” during the quarter that had impacted its profit, which led to some analysts on the call to ask him to explain what those problems were.

Schroeter did not specify what the hiccups were, but said that during periods that IBM takes on huge, complex projects with its clients, it will occasionally spend more money to ensure that those customers are happy.

“I wouldn’t call it widespread,” Schroeter said about spending a lot more money than intended on some customer projects.