Can we agree that the Nokia buy was a total disaster for Microsoft? 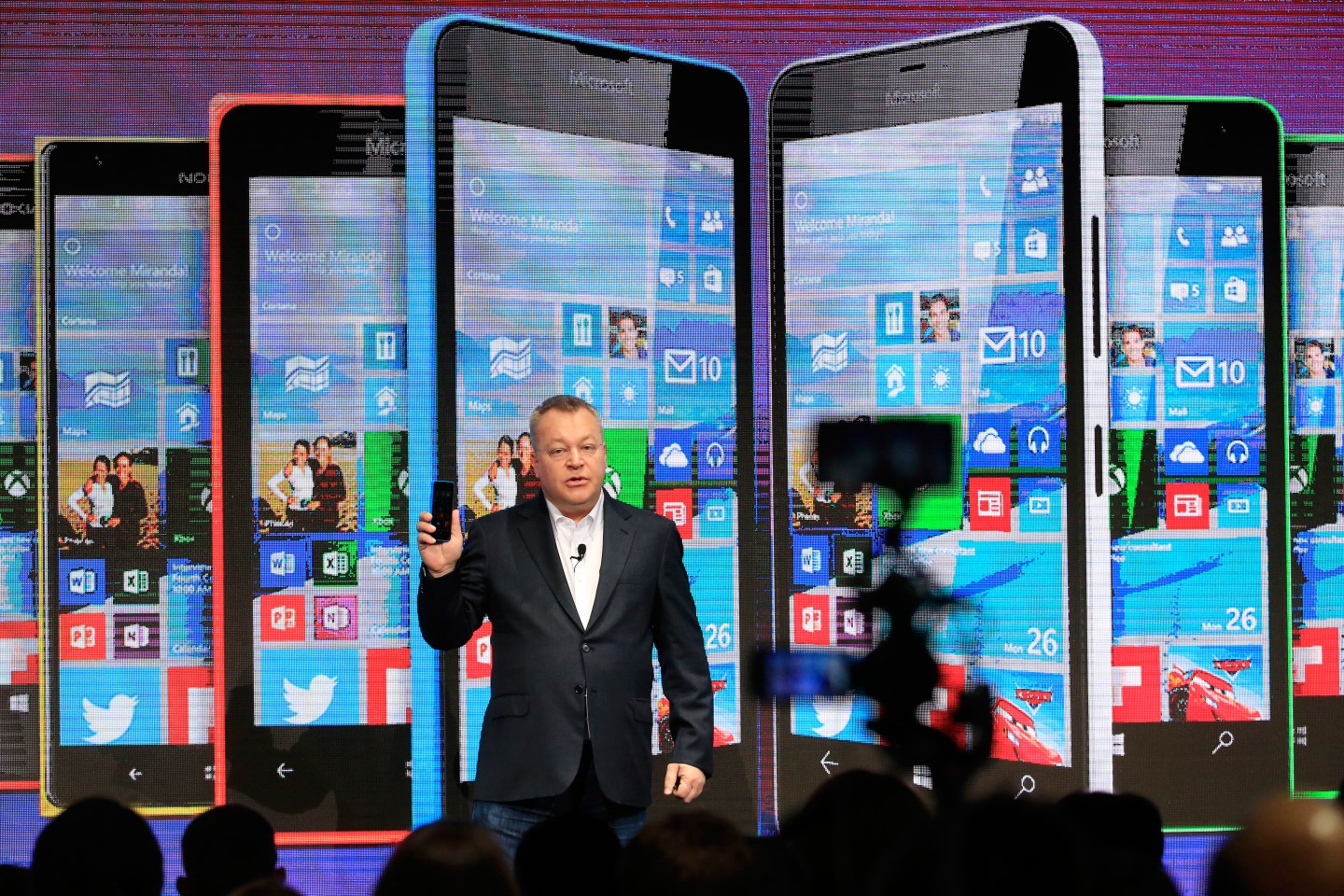 Stephen Elop, executive vice president of devices and studio for Microsoft Corp., speaks as he unveils the new Windows Lumia 640 smartphone in the Microsoft Corp. pavilion at the Mobile World Congress in Barcelona, Spain, on Monday, March 2, 2015. The event, which generates several hundred million euros in revenue for the city of Barcelona each year, also means the world for a week turns its attention back to Europe for the latest in technology, despite a lagging ecosystem. Photographer: Pau Barrena/Bloomberg via Getty Images
Getty Images

Given that Microsoft(MSFT) is about to axe another 7,800 employees, take a restructuring charge of $750 million to $850 million related to the layoffs plus a $7.6 billion impairment charge, it’s hard to argue that the $7.2 billion acquisition of Nokia’s phone business 18 months ago was anything but folly.

The Nokia deal was seen as Steve Ballmer’s baby. The former Microsoft CEO was hell-bent on fixing Microsoft’s mobile business where it was getting buried by Apple(AAPL) and Android devices. It could even be argued that buying its way into mobile was faster and maybe cheaper than building that business organically.

Forrester Research analyst Frank Gillett is in that camp. “Nokia got Microsoft into the hardware business where no one was betting on Windows Phone, but at a steep price. I think they couldn’t afford not to get in that business and the alternative would have been to invent it from scratch which would have taken longer.”

One former Microsoft manager, who still works with the company as a partner, said Nokia was a “buddy deal between Ballmer and Stephen Elop,” the former Microsoft exec who left to become CEO of Nokia and returned to Microsoft as part of the acquisition. “They should have made a movie, not a deal,” he said. (Elop left Microsoft two weeks ago as part of a reorg.)

Ballmer was driven to purchase Nokia by Google-(GOOG) and Apple-envy, which might have been fine if the company had executed well, but it didn’t, said David Linthicum, an independent analyst. Last year it was clear that something was awry when the company announced plans to cut 18,000 employees, many from the phone unit.

“Now, Microsoft will likely focus on users that want enhanced management capabilities and security. That’s going to be a tough course to follow considering that other phone and mobile OS providers have been working hard to provide management and security capabilities as well. So, what does Microsoft do different? Not much,” Linthicum said via email.

Others think that some lemonade may be squeezed out of this lemon yet.

“If Microsoft owns the rights to the hardware and the OS they could redeem themselves in Africa and other emerging markets. Those markets have 4 to 5 billion people that have not been touched by tech. They don’t need smart phones. They’ll start with super-feature phones. The telcos and other infrastructure providers are going to make a fortune. Microsoft may have a chance to play here too. We shall see how they play their hand,” said the former manager.

So, the question is now, as it’s been for the past year: Can CEO Satya Nadella, who took the job in February, 2014, execute where his predecessor did not? So far it looks like he is willing and able to make the tough choices he telegraphed last month in an internal memo. And that’s probably a good thing for Microsoft.