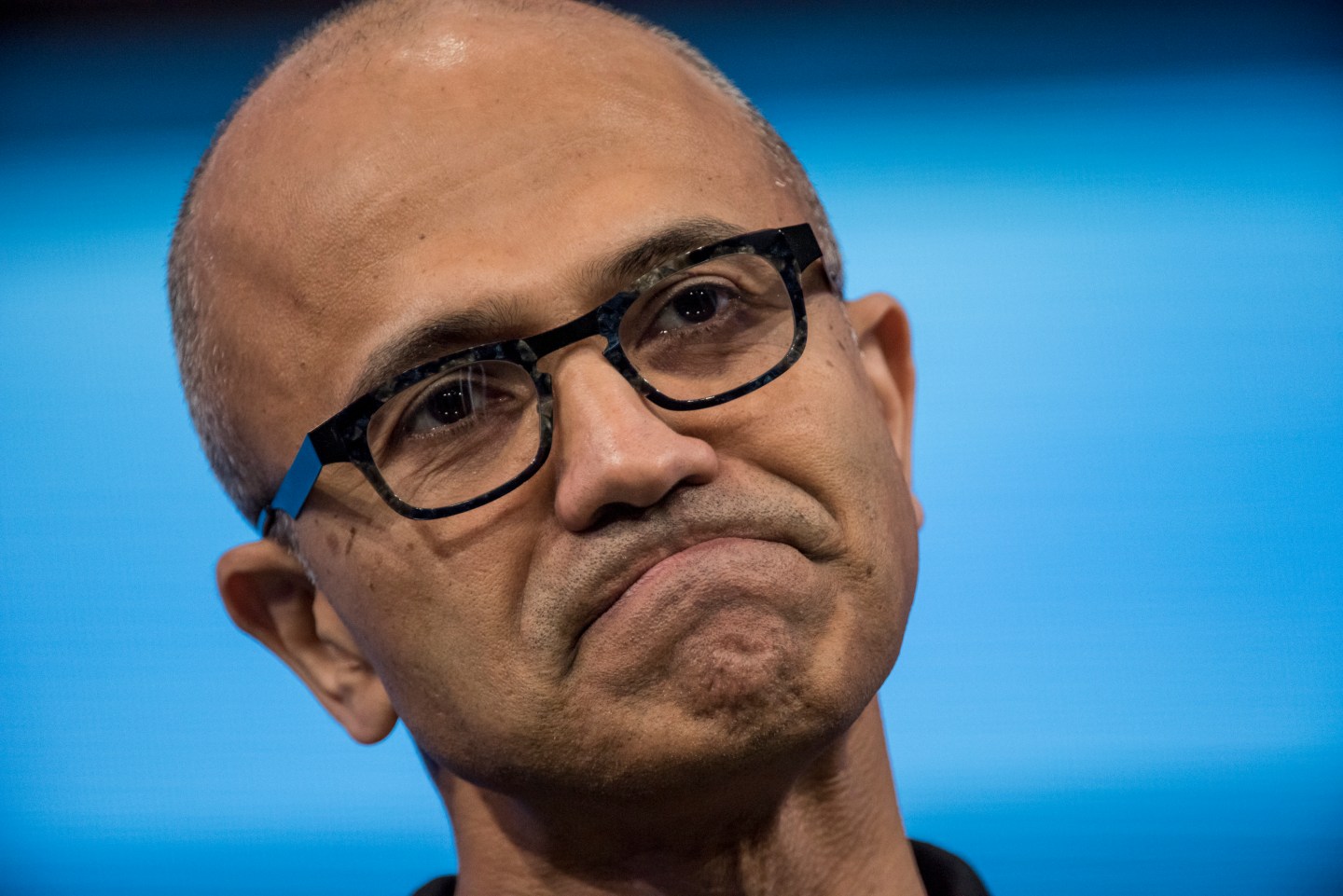 Satya Nadella, chief executive officer of Microsoft Corp., pauses while speaking during a keynote session at the Microsoft Developers Build Conference in San Francisco, California, U.S., on Wednesday, April 29, 2015. Microsoft Corp. and Adobe Systems Inc. are making it easier for their customers to share data, as they and other software makers expand their product offerings to include marketing tools and technologies. Photographer: David Paul Morris/Bloomberg via Getty Images
Photograph by David Paul Morris – Getty Images

Here we go again: The Microsoft layoffs (fiscal 2016 edition) are here, and they are significant. The company (MSFT) plans to cut up to 7,800 positions primarily in its phone business and will record an impairment charge of about $7.6 billion related to acquisition of the Nokia devices and services business. That comes in addition to a restructuring charge of between $750 million and $850 million.

From the company statement:

The restructuring costs will cover the costs of layoffs; the impairment charge has to do with how the company accounts for the worth of Nokia from an accounting perspective and does not mean that Microsoft will lose $7.6 million from its balance sheet, a spokesman said. Basically, the future performance of Nokia is not what Microsoft anticipated, which in turn led restructuring and sales of some parts of that business. More details will be forthcoming in Microsoft’s 10K filing on July 21.

The spokesman added that the cuts are all about focusing the company on core businesses, which is why it just sold some of its mapping business and ad sales business to AOL. “We want to concentrate on where we can add value,” he told Fortune.

The news comes about one year after Microsoft launched its largest-ever layoffs: 18,000. Microsoft’s last published headcount number from June of last year was 128,000; the pre-layoff count this spring was likely around 118,000.