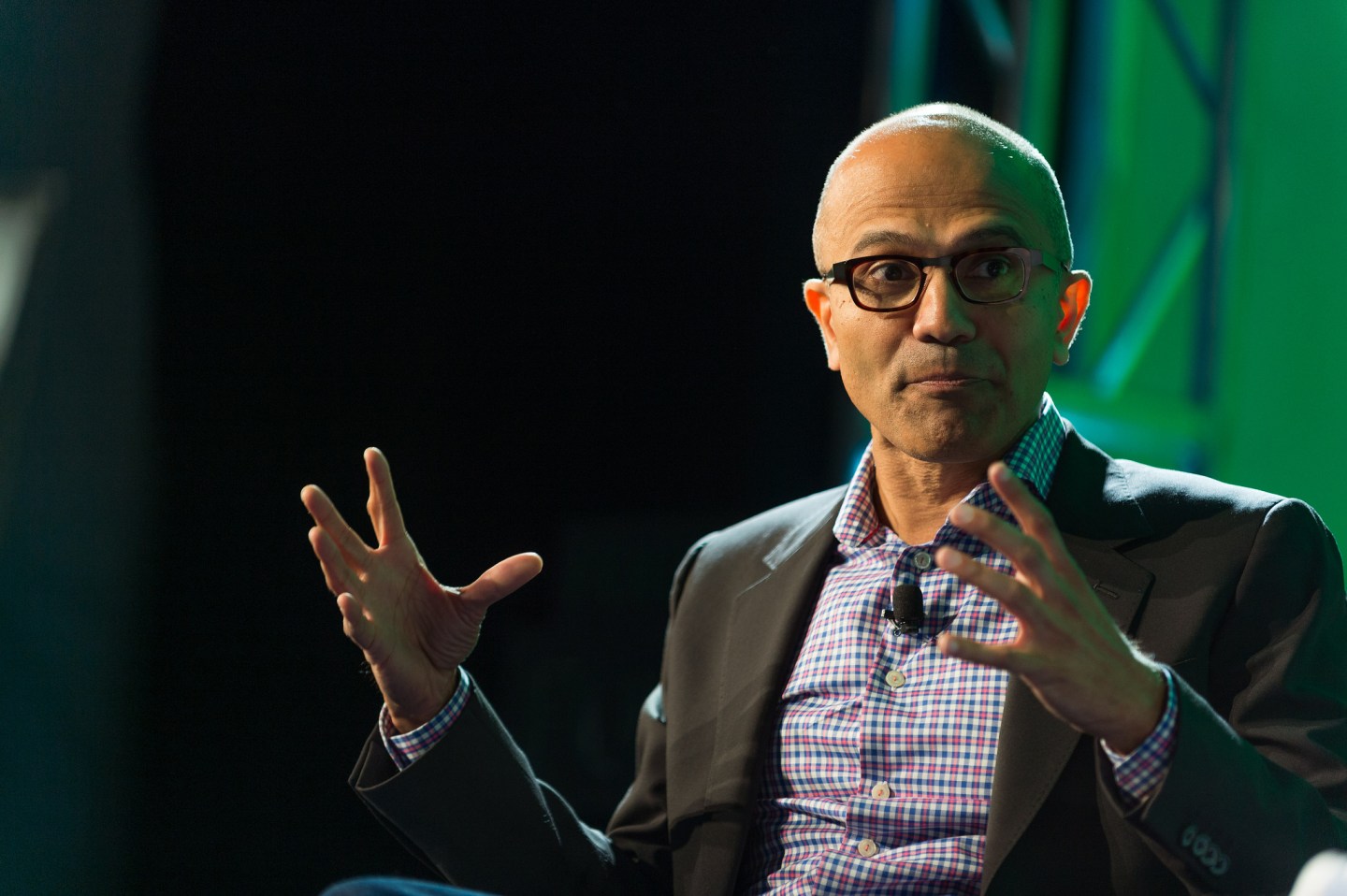 Their job going forward is to “empower every person and every organization on the planet to achieve more.” No pressure there. But then again Microsoft CEOs are known for their ambitious-but-vague pronouncements: Bill Gates’s “Information at your fingertips” mantra circa 1990 leaps to mind.

This memo, unlike the one outlining the company shakeup, was not made public, but was outed by Geekwire on Thursday.

Per that report, Nadella told employees that the company will invest in “three interconnected and bold ambitions.”
Namely:

That sounds like a reiteration of the cloud-first-mobile-first slogan Nadella has preached during his first 16 months atop the company.

And there was a warning of tough choices ahead. “We need to innovate in new areas, execute against our plans, make some tough choices in areas where things are not working and solve hard problems in ways that drive customer value,” he said.

Given Microsoft’s traditional strength in its cash-cow Office applications, the push to reboot productivity is a no brainer. The “intelligent cloud” here is Azure, the focal point of huge investment and Microsoft’s response to the success of Amazon(AMZN) Web Services, which pioneered the cloud computing services gobbled up by developers in startups and increasingly in Fortune 500 companies as well.

The June 17 reorganization moved handheld devices into the overall Windows group under executive vice president Terry Myerson (and showed device executive Stephen Elop the door.) That prompted speculation that Nadella would dump Microsoft’s hardware efforts, most of which are rooted in the company’s pricey purchase of Nokia’s smartphone business in 2013. That acquisition was former CEO Steve Ballmer’s play, and has been disappointing, to say the least. Nadella was reportedly not a fan of that move.

But in the memo, Nadella reasserted the need for devices to work with cloud services to provide a full customer experience.

Microsoft’s “worldview for mobile-first is not just about the mobility of devices; it’s centered on the mobility of experiences that, in turn, are orchestrated by the cloud. That is why we think of these two trends together. What we do with our products and business models has to account for this fundamental transformation.”

Last year, right around this time Microsoft launched big layoffs, affecting 18,000 employees. Microsoft is well positioned to bring its customers to the Azure cloud but it faces an entrenched leader there in Amazon Web Services and, as has been reported over and over, it faces an uphill battle in the handheld devices that are becoming the primary computing platforms for younger (and some not-so-young) users. There it lags both Apple (AAPL) and Android devices.

It’s got its work cut out for it.

For more on Nadella’s priorities, check out his Q&A with Fortune from May.