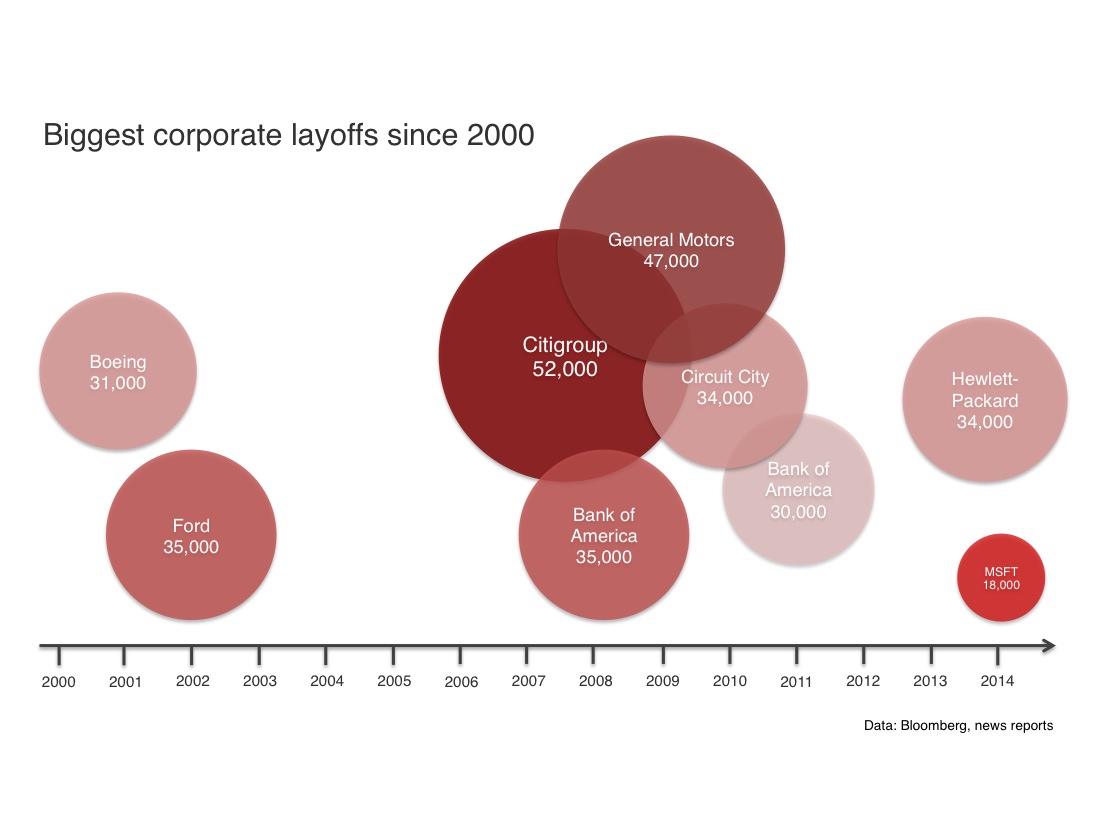 Microsoft announced plans on Thursday to cut 18,000 jobs, which would be the biggest single layoff round for the tech industry this year. But the size of that layoff doesn’t make it into the list of big-time job losses–at least not when looking at sheer numbers.

Following the financial crisis, a number of companies took an axe to payrolls. While the unenviable record for the biggest-ever layoffs goes to IBM for cutting 60,000 jobs in 1993, most of the record-setting layoffs have happened since 2000.

Microsoft’s competitor Hewlett-Packard has gone through an ongoing series of layoffs since 2008. In May, it announced 16,000 layoffs, though its largest round of job cuts came in December last year when CEO Meg Whitman announced that the company would let go of another 34,000 workers.

Below is an image of the same companies from the chart above, adjusted for each company’s headcount at the time of the layoffs.

In this view, Microsoft’s round of cuts ranks as one of the largest. The 18,000 layoffs account for 18.18% of Microsoft’s overall workforce. That’s a greater proportion than Citigroup’s massive 2008 layoffs (14.77% of the company) or IBM’s record-setting job cuts (about 8% of the company) over 20 years ago. Even HP’s combined 50,000 job cuts over recent months are proportionally less: They account for 15.7% of HP’s total workforce.