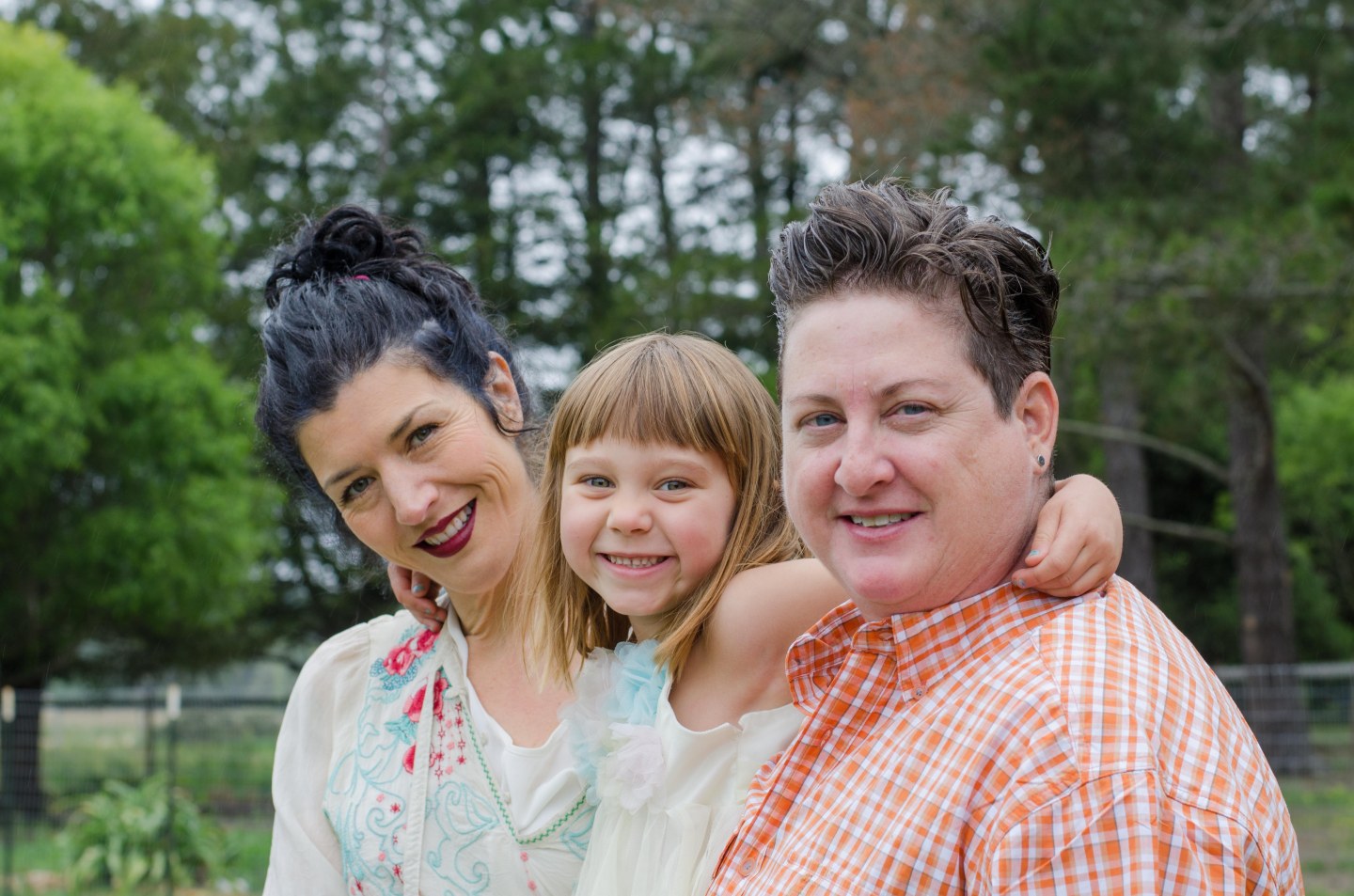 When Serafina Palandech and Jennifer Johnson first met the West Texas Investors Club, they felt worlds apart. When they left, they took an investment of half a million dollars home with them.

They were nervous about it at first. “We couldn’t be more progressive, left, ‘California-y’ people, and they’re West Texas,” says Johnson.

When the women launched Hip Chick Farms in 2011, they knew the sort of odds they were up against. Nine out of 10 startups fail, and only 10% of startups with a female founder receive funding. Lesbian-owned companies appear to be at a particular disadvantage, with only 3% reaching revenues of more than $5 million, compared with 12% of companies owned by gay men, according to a new study by researchers at the Chicago Booth School of Business.

“We’re rewriting lesbian–owned company history here,” says Johnson, adding that the journey has not been entirely free of prejudice. “As a lesbian company we have been discriminated against; a distributor chose not to sell our products because we’re lesbians,” says Palandech.

In spite of the challenges, Hip Chick Farms just closed a $2 million Series A investment round with Advantage Capital Partners, landed a major contract with the Orinda Union School District in California and, in October, Johnson will have the honor of preparing a meal at the White House for president Obama and his staff (it won’t be her first time; she’s done it before). Johnson and Palandech were also recognized on Fortune’s most innovative women in food and drink in 2015.

The couple has been married for seven years, and launched Hip Chick Farms in 2013 after buying a farm in Sebastopol, California, approximately an hour and a half north of San Francisco. Palandech, an entrepreneur who runs the day-to-day business operations, along with Johnson, an executive chef for billionaire Gordon Getty, originally set out to make ethically sourced, healthy recipes for their daughter, Rubyrose.

But the couple would quickly learn that making organic, free range frozen chicken nuggets, wings and meatballs on a large scale was much more difficult and expensive than anticipated.

“We want every kid in America to have access to the best clean food, but what we’re doing is not cheap; it’s difficult, and it’s expensive, and it’s artisan,” says Palandech. “When we started we were making batches of 100 pounds, now we make batches of 40,000 pounds. There’s a huge difference in the economies of scale and the costing that goes along with that.”

The couple has pursued every source of funding available in order to keep their business afloat. They have literally bet the farm, twice, with second mortgages, raised capital from friends and family and earned $25,000 with a Kickstarter campaign. They have also secured a series of micro loans and even took advantage of Whole Foods Market’s Local Producer Loan program, available to the grocery giant’s suppliers.

“I don’t think either of us had any idea how much capital it would take to launch our business,” says Palandech. “There are so many unexpected costs, as well as startup costs and basic cash-flow.”

Palandech says she has taken advantage of every opportunity that presents itself to the company, but when she received an email from the West Texas Investors Club inviting them on the show, Johnson had her doubts.

“It just seemed like I was going to be really out of my comfort zone, and Serafina tends to really push me into areas where I’m not comfortable but in the end I’m really glad I did it,” she says.

Related: This Is What Happens When a Pregnant Economist Researches Pregnancy Advice

Johnson and Palandech, however, say they clicked with hosts Rooster and Butch almost immediately, but not over their mutual appreciation for agriculture and poultry.

“Regardless of whether you’re a lesbian couple from Northern California or a traditional family from Midland-Texas, everyone wants the best for their kids,” says Palandech. “That was the common language that we all spoke. It was all about love for our kids, and wanting them to be healthy and make good choices.”

The new $500,000 investment, along with the $2 million raise, will help grow the business, fund infrastructure upgrades, marketing efforts and additional staffing, they say. In spite of their achievements, neither entrepreneur will take credit, with each citing the other as the company’s strongest ingredient.

“It’s taught me a lot, working with my wife, seeing how strong she is and how she blisters through when everyone’s closing the door in her face constantly, and it still won’t take her down. That’s the heart of an entrepreneur,” says Johnson.