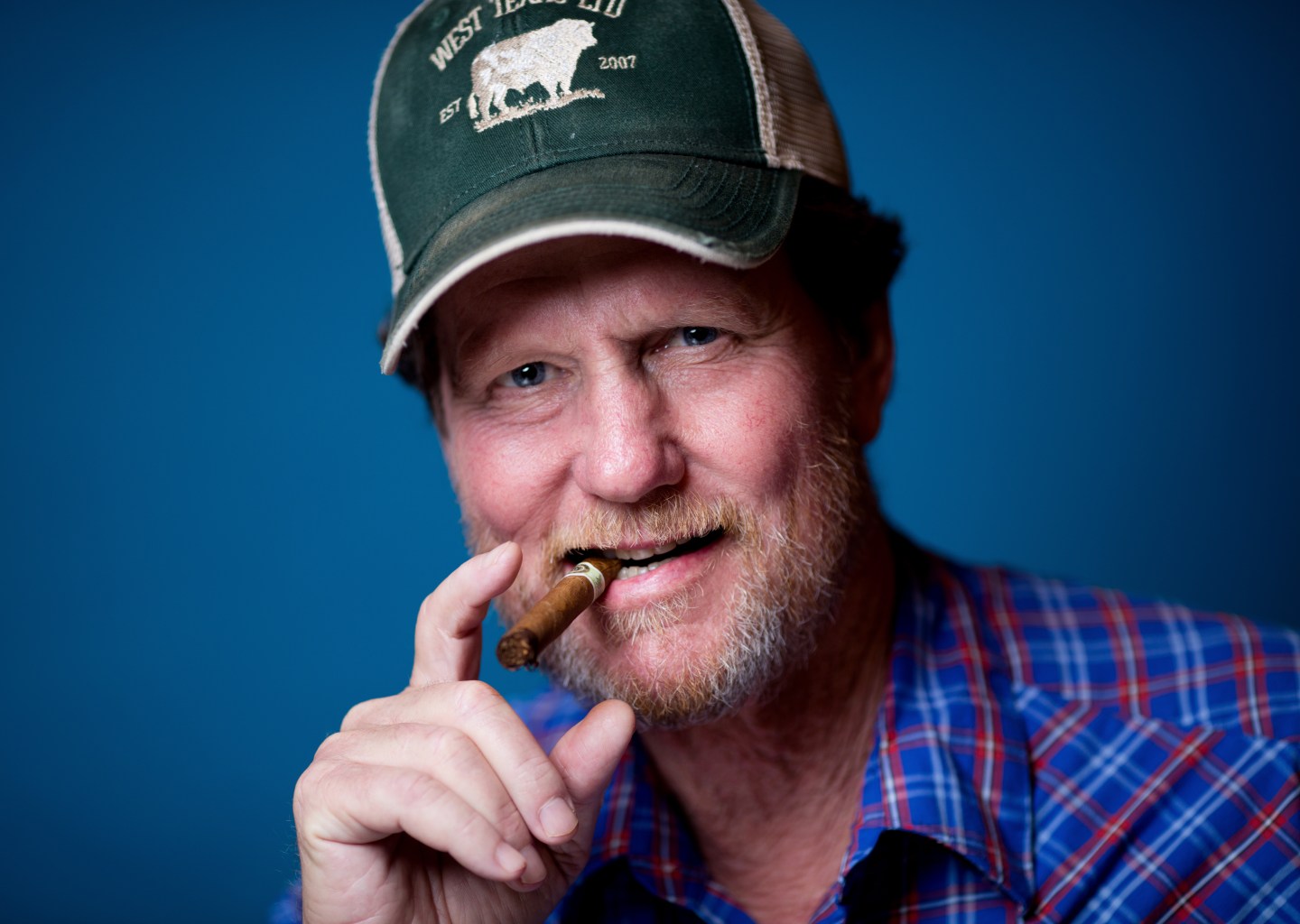 The beer-drinking, no-nonsense investors, who made their fortunes working in the oil pipe business, invite entrepreneurs to come to Texas and present their ventures. Following the initial pitch, McConaughey and Gilliam give them a series of challenges to test their product and personality. McConaughey’s investment strategy is to look at the person first and the business second. “We want integrity and honesty,” he says. “If the business doesn’t have a good person running it, it’s not going to go anywhere.”

During the first season of West Texas Investors Club, McConaughey and Gilliam reportedly invested nearly $2 million in the startups that presented on the show. McConaughey promises an emotional second season with a ton of comedy, some tears – and of course, lots and lots of beer.

In a conversation with Fortune, McConaughey discusses investment strategies, dishes on his brother Matthew McConaughey and even shares his views on presidential candidate Donald Trump.

What should we expect to see in the new season of West Texas Investors Club?

McConaughey: We’re getting a lot more emotional this year. I mean, the cameramen were crying. I even cried – I hope they cut that out. It’s more in the moment, and sometimes you just forget that everyone else is there.

There’s a lot of unexpected stuff that will happen. We don’t know what the hell may go right and what may go wrong. I know we’re a business show, but I hope there’s plenty of comedy in it. If we ain’t having no fun, and people ain’t laughing, the hell with it.

You’ve said that you will not do business with someone who won’t drink a beer. Is that true? [In fact, he’s such a beer fan that McConaughey named his son Miller Lyte.]

McConaughey: There was a son of a bitch from Utah who wouldn’t drink a beer with me. He made a liar out of me. I thought he said he would when we did the deal. [laughs] He snuck one in on me. I’m not going to do business with too many of them, I’ll tell you that.

Should we expect more drinking in the new season?

McConaughey: You know, that’s what we do. I’m not a big guy who will get up at 5 in the morning and go have a business meeting at breakfast. It’s more about helping everybody get relaxed and get their inhibitions down. Beer goes with business.

What are some really big mistakes you see first-time entrepreneurs making?

McConaughey: I’ll tell you the biggest mistake – they’re in a damn hurry. They want it all tomorrow. They all run in here wanting to give their business away. You might not even need these funds. Take your time. Hell, when Butch and I started, we crawled our way up.

We’re not about those overnight successes. We’re into solid foundation and slow growth. Success to us does not mean a bunch of money. Success is a big word that covers a lot of territory. People get so caught up in wanting to have a ton of money that sometimes they miss the journey.

If you were to invest in one of your brother Matthew’s characters from any movie, which one would it be?

McConaughey: My favorite movie was Mud. I even cry when I see the goddamn commercial. As far as investing in him though, I don’t know…

The only one who makes money was that old Dallas Buyers guy. Even The Lincoln Lawyer – hell, he was broke too, I think. I’m not sure I’d invest in any of them.

As a businessman, what do you think about Donald Trump’s chances of becoming president?

McConaughey: He’s gotten this far. All I can say is, from the outside looking in, he has certainly desensitized the country. I don’t know if that’s hurting him or not. It is a carnival just to watch him. I mean, who’s to say what will happen?

McConaughey: I went broke right around 30, and I was surrounded by a bunch of people who were 20 or 30 years older than me. The banks went under, and tons of people went broke. I was blaming the whole damn world besides myself. This one man called me down to his office, mixed me a scotch, grabbed me and said, “You whiny ass little bastard – you’re 30 years old, and some of these people who went broke around here are 70 years old. They don’t have another chance to get it back. You need to get off your ass, or I’m gonna whip your ass.”

The best advice is that when the chips are down, don’t stay down – get off your ass. It doesn’t mean you’re done. As long as you’re breathing, you’re not done.