This Is What Happens When a Pregnant Economist Researches Pregnancy Advice 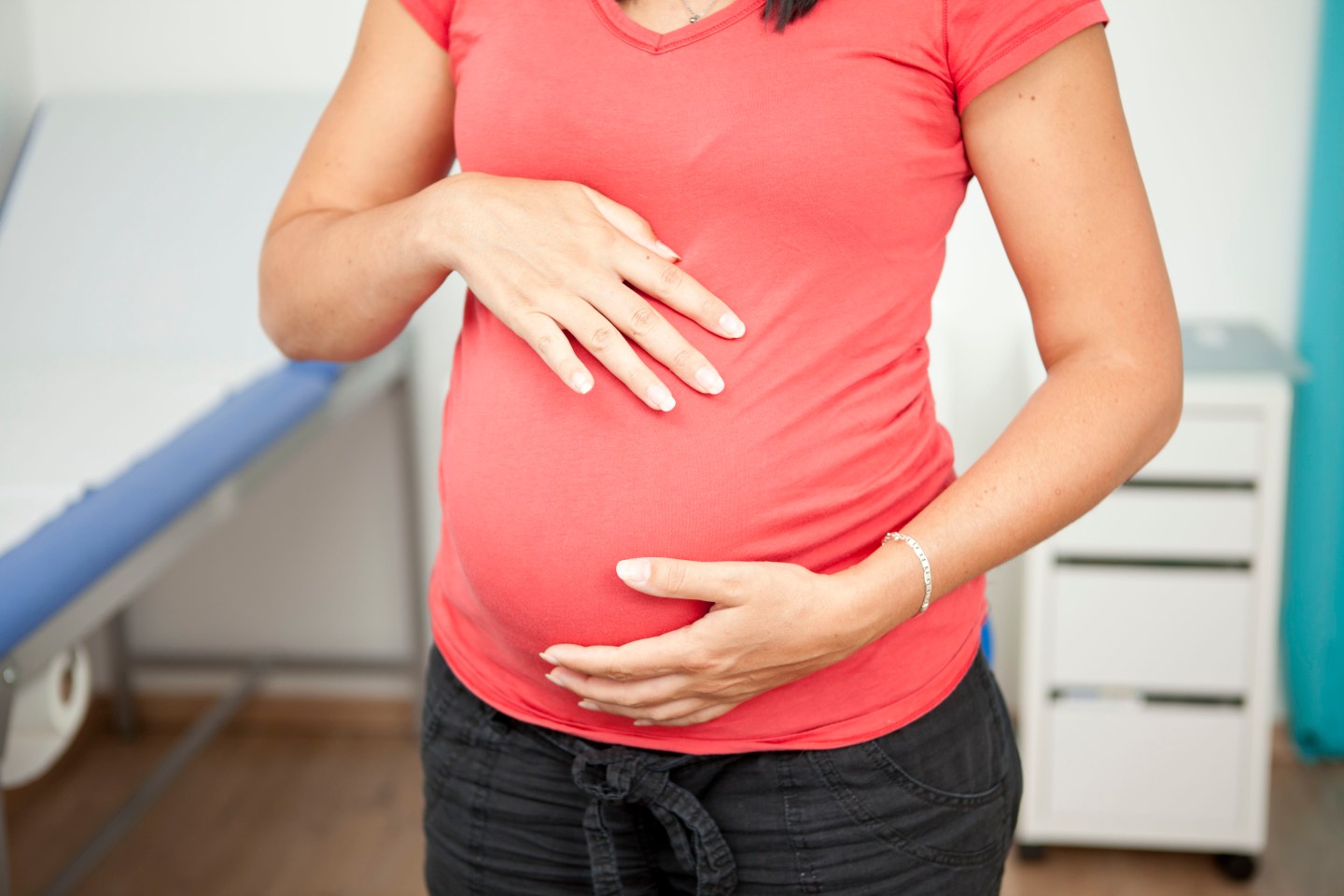 Economists like to weigh the evidence before selecting the best option. An associate professor of economics at Brown with a PhD. in statics, Emily Oster is no exception. In her work and in her personal life, she likes to collect and interpret the available data before making a decision.

And then she got pregnant. Quickly, she realized the same rules didn’t apply. While there was a long list of things she wasn’t supposed to do — gain more than 35 pounds, drink wine, eat sushi — many didn’t come with a satisfactory context. Why was gaining 35 pounds okay, but 36 pounds was a risk? Oster bristled at the seemingly arbitrary lines drawn by her doctors.

And so she began combing through the available studies on pregnancy, evaluating them as an economist to reach her own conclusions on the validity of these generalized rules. Expecting Better, which was published by Penguin in 2013, is a compilation of her efforts.

The goal of the book was never to tell women what to do or not to do while pregnant, she says. Instead, her aim was to lay out the available evidence so readers could have informed conversations with their doctors and reach their own conclusions. The science behind pregnancy, like all science, doesn’t realistically trade in absolutes, even if doctors (and the Internet) often do.

We spoke to Oster about what motivated her to write the book, some of her more controversial conclusions, and if she thinks there’s a potential for a sequel — this time on parenting.

Before you got pregnant, what did you know about pregnancy?

Very little. As soon as I got pregnant, it was mostly, ‘let me read what’s on the Internet — oh my god, the Internet is horrible.’ I didn’t end up talking that much about any of this with my doctor, either. The first visit, she did an ultrasound and said here’s a two-page list of things you shouldn’t you do.

It had a wide range of items on it, including don’t smoke and don’t eat ham. Those things are not comparable in terms of risk.

Early on in your pregnancy, you needed to make a decision about whether to opt for a more invasive prenatal diagnosis to screen for genetic disorders, or a less-invasive but less accurate screening. What was that experience like?

I couldn’t believe the way they were suggesting that I make this decision. There were these cut-off rules: people over 35 should have [the more invasive option]. I was frustrated by the way it was structured: ‘You’re not over 35 so I wouldn’t recommend you think about this.’ When I pushed and asked about the risk, there was just not a willingness to engage making this decision in an informed and personalized way. My doctor told me, ‘I think you are crazy to even think about having this invasive test.’ Which is just not a reasonable thing to say.

That’s hard to hear when you’re making a difficult decision.

It’s not like she said, ‘you are a crazy person, I think you are insane.’ It was more like, ‘We have this rule and I think it’s totally crazy to think about something other than this position.’ I found that whole thing quite frustrating.

Is this experience what motivated you to comb through the available research on pregnancy?

I had a number of other frustrating experiences, but yeah. This was a really important decision and I didn’t think I received a lot of great advice on how to make it. In advance of all the other decisions I’d have to make, I wanted to be prepared to have a better conversation. This is what the book delivers. It’s not a substitute for medical advice by any means, but part of what people have told me is that it helps them express to their doctors what they’re concerned about, and that improves those conversations. I think part of what happened is the conversation got better as things went forward because I was more prepared. As opposed to saying, ‘I don’t know, that doesn’t seem right,’ I could say, ‘Here’s where I’m coming from on this.’

Related: What Every Introvert Must Know About Leadership

I would not recommend the Internet a place to go. If you Google, ‘Can I have coffee during pregnancy,’ you get a lot of official seeming websites that say a variety of different things. And then you get these chatboards where people say crazy things, from ‘I had nine cups of coffee and my kid is amazing’ to ‘Only a super selfish person would have coffee, it’s only nine months can’t you just suffer through it for your baby?’ It’s some combination of rancor and anecdotes, which I don’t think lends itself to a lot of great information gathering

How did you decide which pregnancy-related questions to tackle?

Things would just come up. I started to gain weight, like you do, and they were giving me a very hard time. I was like, ok I have to figure out is this reasonable or not. Or I would get a trainer, and then the question was: Could I do sit ups? Some of this stuff is not important enough for the small amount of time I get to spend with the doctor. I wanted to figure them out on my own.

What was it like sifting through this mountain of studies on pregnancy, which I’m sure varied dramatically in outcome and quality?

I look at studies for my job, but there were moments where it was like ‘I can’t believe there are more studies on this topic, and they’re so bad.’ But the more of it you do, the easier it gets. It becomes straightforward to quickly evaluate a study. The part of the book that was more challenging was figuring out how to best convey what I learned.

This is a difference between this book and other books on science and pregnancy. There is a temptation to say, ‘I am the expert, I read the literature, and I’ve decided this is how much coffee you can have.’ My book is like, here’s what the research says, now you can make your own choice. Which is very different.

What are some of popular beliefs about what is and isn’t safe to do while pregnant that were not supported by the available research?

A lot of the other food restrictions don’t hold up. Like sushi. It’s not good to get sick from sushi, but it’s no worse when you’re pregnant than otherwise. Listeria is dangerous, but recent listeria outbreaks have been linked to ice cream, frozen vegetables — most of these things, nobody told you to not eat. The things you actually want to avoid are probably soft cheese made with a raw milk — because that is routinely implemented in listeria — and raw, or very undercooked meat, which is often implicated in toxoplasmosis.

Coffee in moderation, by which I mean two to three cups a day, is basically fine. Smoking is quite bad. I spent some time on alcohol, which is probably the thing that got the most attention when the book came out. An occasional drink has not been implicated in negative outcomes for babies, although obviously drinking more heavily does cause problems.

What was the response to your section on alcohol?

Especially now that the book has been out longer, a lot of people tell me: ‘This is exactly what my OBGYN told me.’

But then there was obviously a lot of pushback from fetal alcohol syndrome activists. This raises an important point, because we could disagree on what the research says, and agree on what the policy message should be. The book doesn’t take a stand on whether the government should say it’s ok for pregnant women to drink in moderation. It’s probably not the case that the CDC’s policy on drinking should be: Here is nuanced, relevant literature.

The work you did sounds exhausting. There are so many studies, many of which directly contradict one another. For people who want to lead healthy lives, pregnant or not, what’s your advice for sifting through the avalanche of health data?

That’s hard. You can spend your whole life trying to research these things — there’s not a lot of good evidence. But here are some things to look out for. How many people are in the study? Is it a study of 45 people or a study of 150,000? Is it a study where the treatment is randomized or is is it assigned, comparing people in one group or another and not really adjusting for confounding factors.

Also pay attention to effect size. A lot of times studies will show that something that is statistically significant, but the [effect size] is actually very small.

Parenting seems like just as divisive topic as pregnancy. Do you think you’d write a sequel?

Parenting is very similar in that there’s a lot of nonsense on the Internet. But I’ve had only positive experiences with pediatricians. There is nothing quite parallel to what I did [on pregnancy for parenting], but once you have a kid there’s so much work to take care of them. The free-time that one has to write books is somewhat more limited. So I don’t know. We’ll have to see.