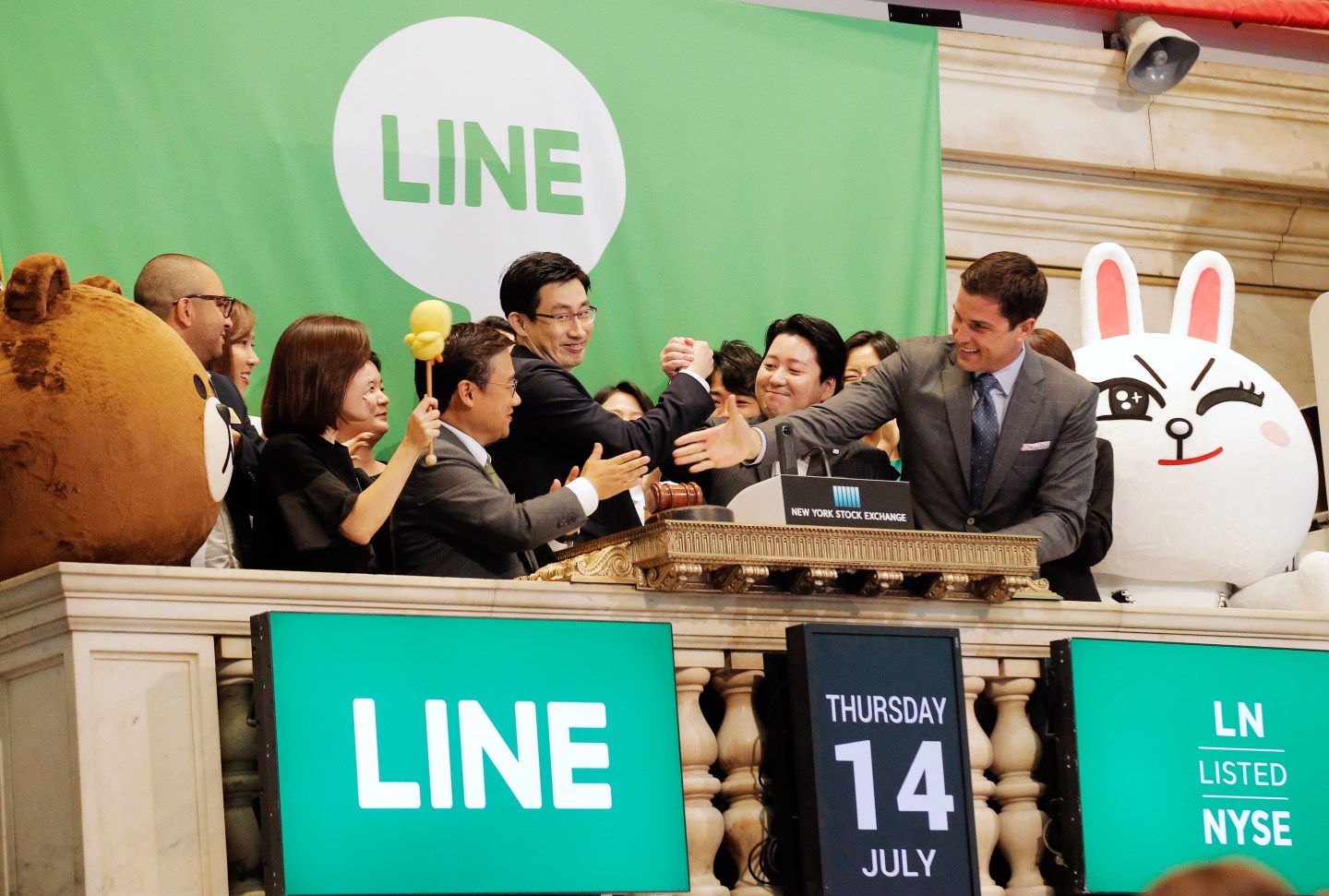 Shares of Japanese messaging app operator Line soared as much as 36% in their U.S. market debut on Thursday, valuing the high-profile tech startup at $9.34 billion in the biggest tech IPO this year.

The Tokyo-based company’s shares hit a high of $44.49 in early trading on the New York Stock Exchange.

Line, controlled by South Korea’s Naver, will list its stock on the Tokyo Stock Exchange on Friday. The company sold 13 million shares at 3,300 yen per share in Japan, raising about $426.92 million.

Including an over-allotment of 5.25 million shares, the company raised 132.8 billion yen ($1.27 billion), making the offering Japan’s biggest this year.

After the offering, Naver’s ownership dropped to 80.8%.

Line, the seventh-most used messenger app globally, said it would use the funds to expand outside Japan and Southeast Asia.

The app has a lot of ground to cover in major Western markets, where Facebook’s Messenger (FB) and WhatsApp are dominant, and in China, where Tencent Holdings’s WeChat is popular.

As of March, Line had 218 million monthly active users (MAUs). WhatsApp leads the pack with about one billion MAUs, while Facebook Messenger is No. 2 with 900 million.

Line’s messaging app was launched in the aftermath of Japan’s 2011 earthquake and tsunami to overcome downed communications, growing unexpectedly to become the country’s dominant mobile messaging platform over the next few years.

The bulk of Line’s revenue comes from games and sales of emojis and electronic stickers. The company’s revenue and other operating income rose about 28.3% to 120.88 billion yen in 2015.

Line reported a loss of 7.97 billion yen in 2015, compared with a year-earlier profit of two billion yen.

Morgan Stanley (MS), Goldman Sachs (GS), JP Morgan (JPM), and Nomura are among the underwriters to the IPO.