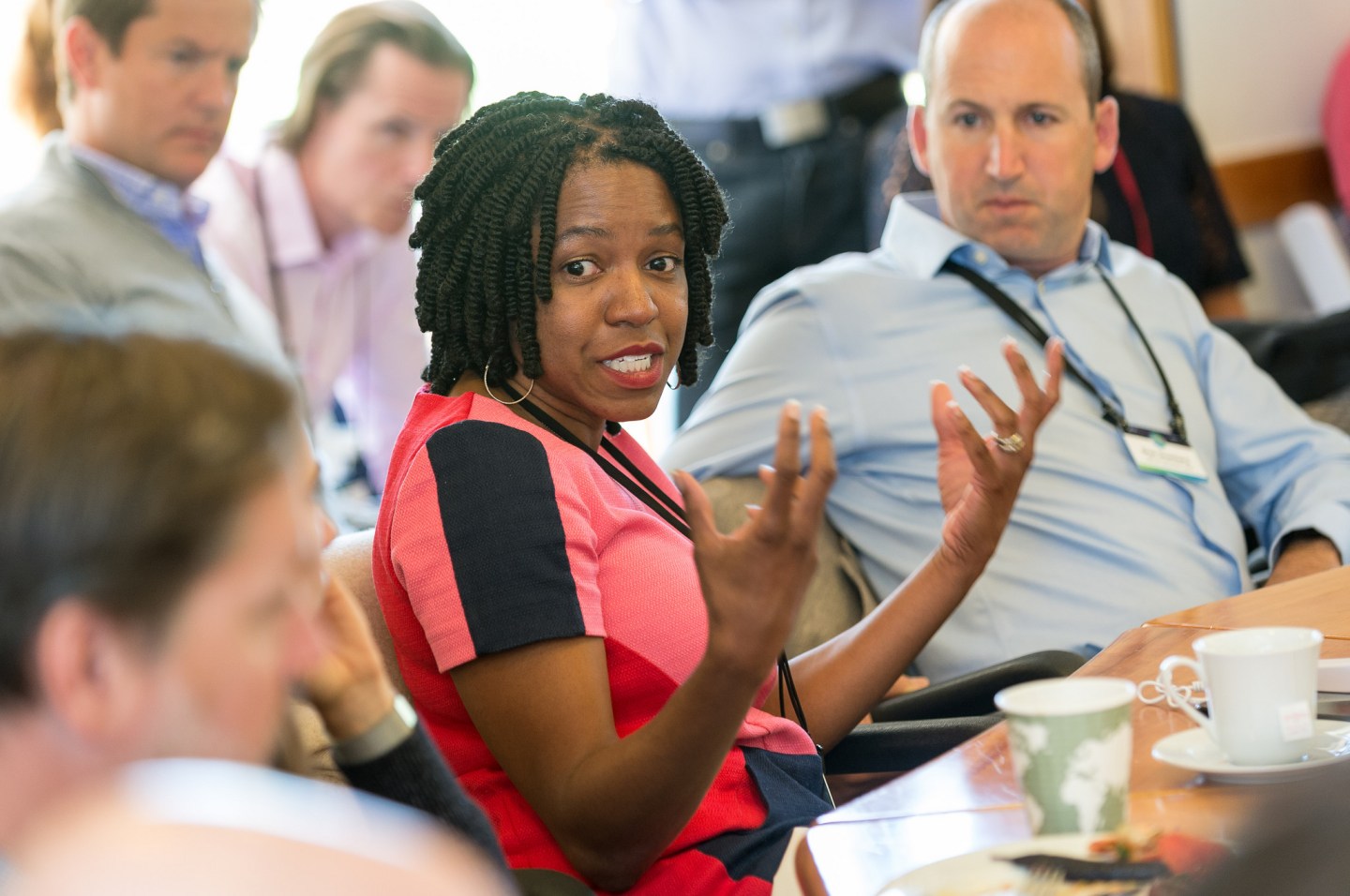 We know that the power players in Silicon Valley love HBO’s Silicon Valley. They’re eager to consult for the show, make cameo appearances, and host viewing parties. The best way to avoid being made the butt of a joke is to join it.

But beneath the surface, Silicon Valley has caused a bit of soul-searching among executives, as evidenced by a panel on managing talent held at Fortune’s Brainstorm Tech conference in Aspen this week. Panelists on Tuesday made numerous references to the show, noting their desire to avoid the clichéd trappings of Silicon Valley culture that the show satirizes. The main reason to avoid silly things like scooters, free food, spiritual gurus, and other ridiculous lavish office perks, the panelists said, is because it doesn’t work.

“The stuff you see satirized are the visible things are pretty much irrelevant to the actual culture,” according to Jeff Lawson, CEO of Twilio. “Those are the dressing on top of it.”

He added: “If culture is having tricyles for your engineers, you gotta have something more than that.” He noted that Twilio is “anti-perk.” It doesn’t have a luxurious work environment, so it doesn’t attract the kind of talent that expects it.

“We’re not trying to go overboard and win the perk war,” he said. “People opt out early in the [job interview] process if what they want is like lobster lunches and Herman Miller chairs. That helps you self-select for people who are interested in the work and culture and the problems you’re solving.”

Silicon Valley doesn’t just satirize the tech industry’s culture of bizarre perks – it sends up the way executives speak in meaningless platitudes. Stacy Brown-Philpot, CEO of TaskRabbit, said everyone at her company laughs when people unwittingly use words and phrases from the show. It’s easy to avoid making meaningless platitudes a part of a company’s culture with authenticity, she said.

One example is the way she responded to the police shootings in the news last week. “It was tough week for black people, and I got up at the company and we talked about it, and about bringing your whole self to work,” she said. “If I showed up and said, ‘Look at the metrics, let’s give this person ‘peer props,’‘lets celebrate our goals,’ they’d look at me like, ‘How can you do that? That’s not real.’ Using practical moments as a leader to be real diffuses some of the satire,” she said. “It’s not going to make the show, because it’s not funny.”

Yet the panel proved just how hard it is to avoid such clichés. Lawson said he views employment at a company as “a subscription business,” where “your employees decide to buy your product every day they come into work.” He admitted that the concept sounded like something you’d satirize on Silicon Valley, “but I think there is truth to it.”

James Park, CEO of Fitbit, isn’t too worried about the cultural clichés. “Almost anything can be satirized,” he said. “If I had to pick Silicon Valley vs. Office Space, I’d pick Silicon Valley, because at its core, it’s all about curiosity and a desire to do something new.”

That, and making the world a better place better than someone else.