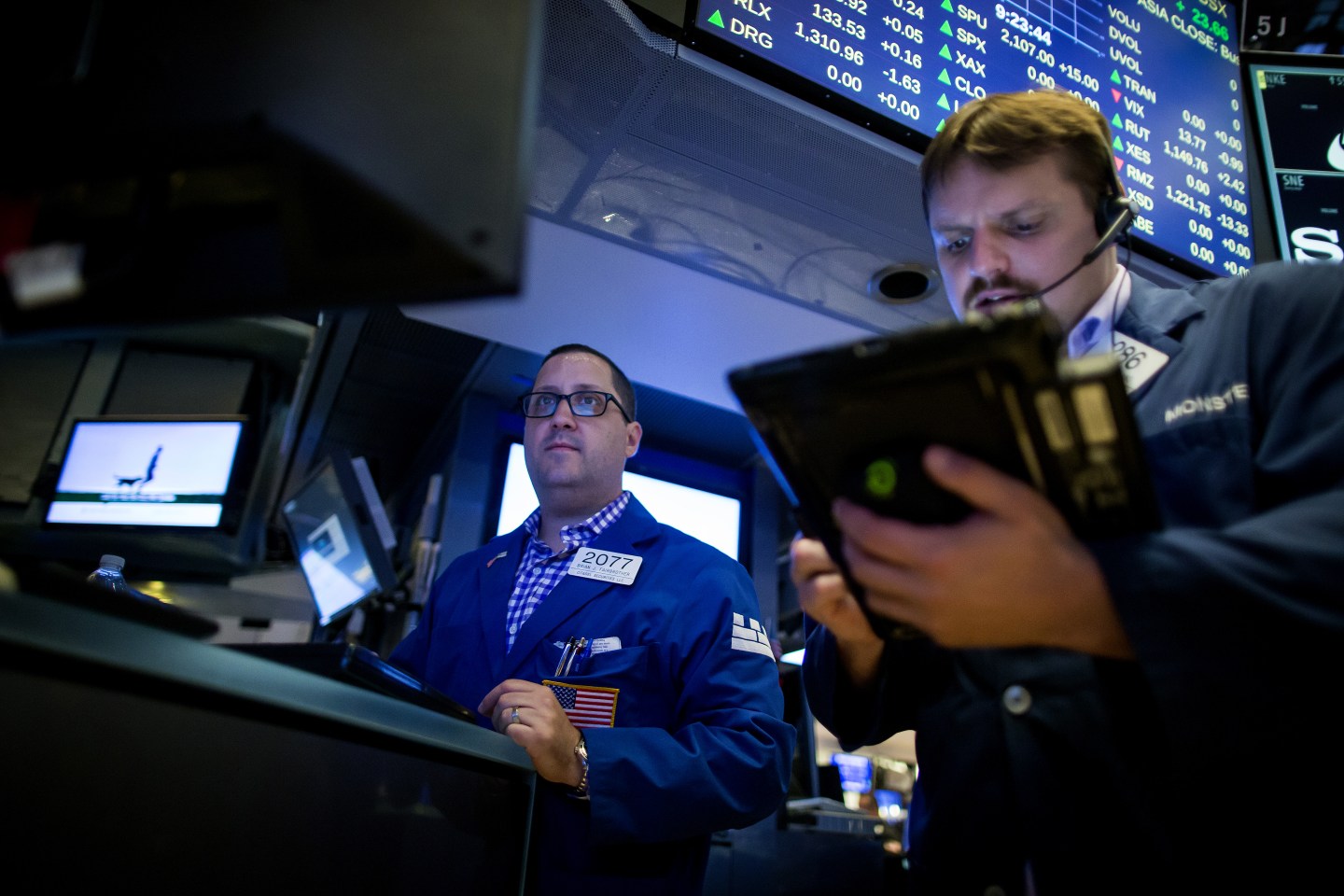 Traders work on the floor of the New York Stock Exchange (NYSE) in New York, U.S., on Friday, July 8, 2016. U.S. stocks rallied to erase losses sparked by Britain's vote to exit the European Union, as stronger payroll growth calmed concerns that slowing momentum in the job market would weigh on the economy. Photographer: Eric Thayer/Bloomberg via Getty Images
Photograph by Eric Thayer/Bloomberg via Getty Images

The S&P 500 set a record high on Monday after a stunning monthly jobs report last week boosted confidence in the U.S. economy.

The gains were broad-based, with seven of the 10 major S&P sectors higher. Financials led the gainers with a 0.62 percent rise. JPMorgan (JPM) was up 1.3 percent and provided the biggest boost to the S&P.

“Reaching a new high may see money moving from the sidelines of safety trades, like Treasury bonds and gold, back into the equity markets,” said Robert Pavlik, chief market strategist at Boston Private Wealth.

“The emphasis of the markets will be how fast and how long the S&P remains above the record today.”

Much of how the indexes perform in the next few weeks will depend of the quality of second-quarter corporate earnings, which kick off with Alcoa (AA) reporting results after markets close on Monday.

Earnings of S&P 500 components are expected to fall 3.9 percent compared with the year-earlier quarter, according to Thomson Reuters data. First-quarter earnings had fallen 5 percent.

Investors will also watch out for comments from company executives, especially those of big banks later this week, on the impact of Britain’s vote to leave the European Union.

While upbeat data in recent weeks has pointed to a recovery in the U.S. economy, the U.S. Federal Reserve is expected to remain cautious on raising interest rates as it gauges the fallout of the Brexit vote.

Oil prices fell on signs that U.S. shale drillers have adapted to lower prices and renewed indications of economic weakness in Asia where refiners are trimming crude runs.

Traders are not betting on significant chances of a rate hike anytime this year, according to CME Group’s FedWatch tool. The Fed next meets on July 26-27.

Kansas Fed President Esther George is scheduled to speak on the U.S. economy at a conference in Missouri at 10:00 a.m. ET.

Twitter (TWTR) fell 1.9 percent to $17.71 after SunTrust Robinson lowered its rating to “neutral” from “buy.”