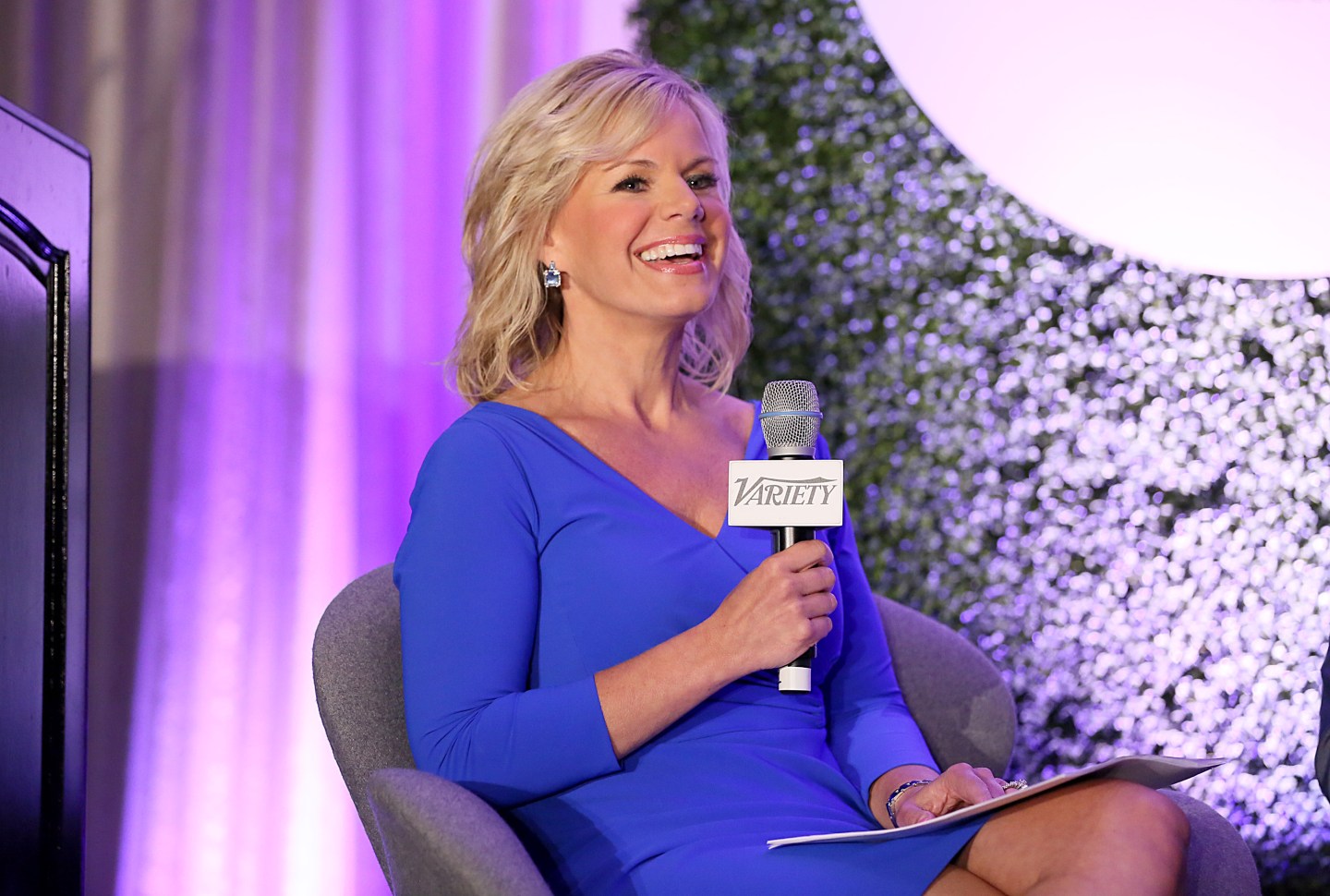 The plaintiff, who hosted The Real Story With Gretchen Carlson until last month, sued only Ailes—not Fox News itself, nor its corporate parent, 21st Century Fox.

(In a statement issued at the time, Ailes said that her allegations were “false” and that the suit is “retaliatory” for the network’s decision not to renew Carlson’s contract when it ended June 23 in light of her show’s “disappointingly low ratings.”)

The official, anodyne explanation for why Carlson sued only Ailes, provided to Fortune by her attorney Nancy Erika Smith, is as follows: “The complaint was filed against Roger Ailes because he is the perpetrator of the sexual harassment and retaliation against Ms. Carlson. As far as we are aware Fox News does not condone such conduct and has policies against it.”

But the fact that a company has policies against sexual harassment would not ordinarily shield it from liability if its CEO demands sex from an employee in exchange for employment favors, as has been alleged here. The complaint alleges, for instance, that nine months before her termination Ailes told Carlson, a Stanford graduate and former Miss America, “I think you and I should have had a sexual relationship a long time ago and then you’d be good and better and I’d be good and better,” adding that “sometimes problems are easier to solve that way.”

“The rationale [Carlson’s attorney] used just wouldn’t apply,” says Lynne Bernabei of Bernabei & Kabat, a veteran sex discrimination litigator based in Washington, D.C. who is not involved in the case. “[Ailes] is the company for all practical purposes,” she says in an interview. “The company would be liable if they were sued for his actions” and a jury found against him.

“There must be another strategic reason,” Bernabei continues, “like trying to drive a wedge between Fox and Ailes.”

Under this theory, Carlson may be hoping that 21st Century Fox, where Rupert Murdoch handed over the reins to his sons James and Lachlan a year ago, might find this a propitious time to forcibly retire Ailes, now 76. Ailes was signed to a new multi-year contract in June 2015, just before the company was handed over to the younger generation.

The initial outward indications, however, are that 21st Century Fox is standing by Ailes. It issued a statement expressing “confidence” in both him and Steve Doocy, an on-air colleague of Carlson’s when she was at the morning show Fox & Friends from 2005 to 2013. Though Doocy is not a defendant in the suit, Carlson accuses him in her complaint of sexist conduct, which she claims Ailes pooh-poohed when she complained about it.

The statement does continue, however: “While we have full confidence in Mr. Ailes and Mr. Doocy, who have served the company brilliantly for over two decades, we have commenced an internal review of the matter.” It is commonplace for companies to conduct internal reviews in these circumstances. But in a story published on Thursday, New York Magazine writer and Ailes biographer Gabriel Sherman cites sources claiming that this review might be more robust than usual.

There have been reports of friction in the past between Ailes and the younger Murdochs. Ailes also provoked controversy with his handling of the Republican presidential candidate Donald Trump’s fit of pique over tough questioning from Fox News anchor Megyn Kelly last August, which led Trump to boycott a Fox News presidential debate and stage a competing event of his own. (Among other things, Ailes authored a sarcastic, hipshot Fox News statement delivered to CNN media reporter Brian Stelter that read: “We learned from a secret back channel that the Ayatollah and Putin both intend to treat Donald Trump unfairly when they meet with him if he becomes president — a nefarious source tells us that Trump has his own secret plan to replace the Cabinet with his Twitter followers to see if he should even go to those meetings.”)

Spokespeople for both 21st Century Fox and Fox News declined to comment on the wedge theory of the lawsuit, or its chances for success. Carlson attorney Smith told the Hollywood Reporter Wednesday that she may eventually add Fox News as a defendant, depending on how it responds to the suit.

If a jury were to believe Carlson’s allegations, the defendants—including Fox News, if it becomes one—would have to worry about punitive damages, according to Bernabei, since Ailes has been publicly accused of tolerating hostile work environments for women and even engaging in sexist conduct himself in the past. In 2004, for instance, Fox News star Bill O’Reilly was accused of sexual harassment by a longtime producer in a sensational case that was eventually settled. And a 2014 biography of Ailes by Gabriel Sherman, The Loudest Voice in the Room, cited three female employees—one identified by name—accusing Ailes of sexist comments or harassment.

Since the filing of Carlson’s suit, attorney Smith has also claimed to The Guardian and other publications that she has been “deluged” with similar allegations from female former Fox employees.

A Fox News spokesman declined to comment on the Sherman book’s allegations, but issued the following statement regarding Smith’s: “It’s beyond amazing that an opportunistic personal injury lawyer can conjure up so many mysterious and third-hand sources, none of whom will speak on the record. Between chasing ambulances and headlines, the truth seems to have been run over. We will defend all of these shadowy allegations and defamations.”

Carlson’s lawyer, of Smith Mullin in Montclair, N.J., is an experienced, well-regarded employment discrimination lawyer with many multi-million trial verdicts under her belt. She has brought Carlson’s case against Ailes, who lives in Creskill, N.J., in superior court in Hackensack, in Bergen County, under a New York City anti-discrimination regulation that is considered more plaintiff- friendly than the federal Title VII provisions. (Carlson lives in Connecticut.) Smith’s co-counsel is Martin Hyman, a partner in the New York firm Golenbock Eiseman Assor Bell & Pekoe.

Ailes is being represented by Epstein Becker & Green.