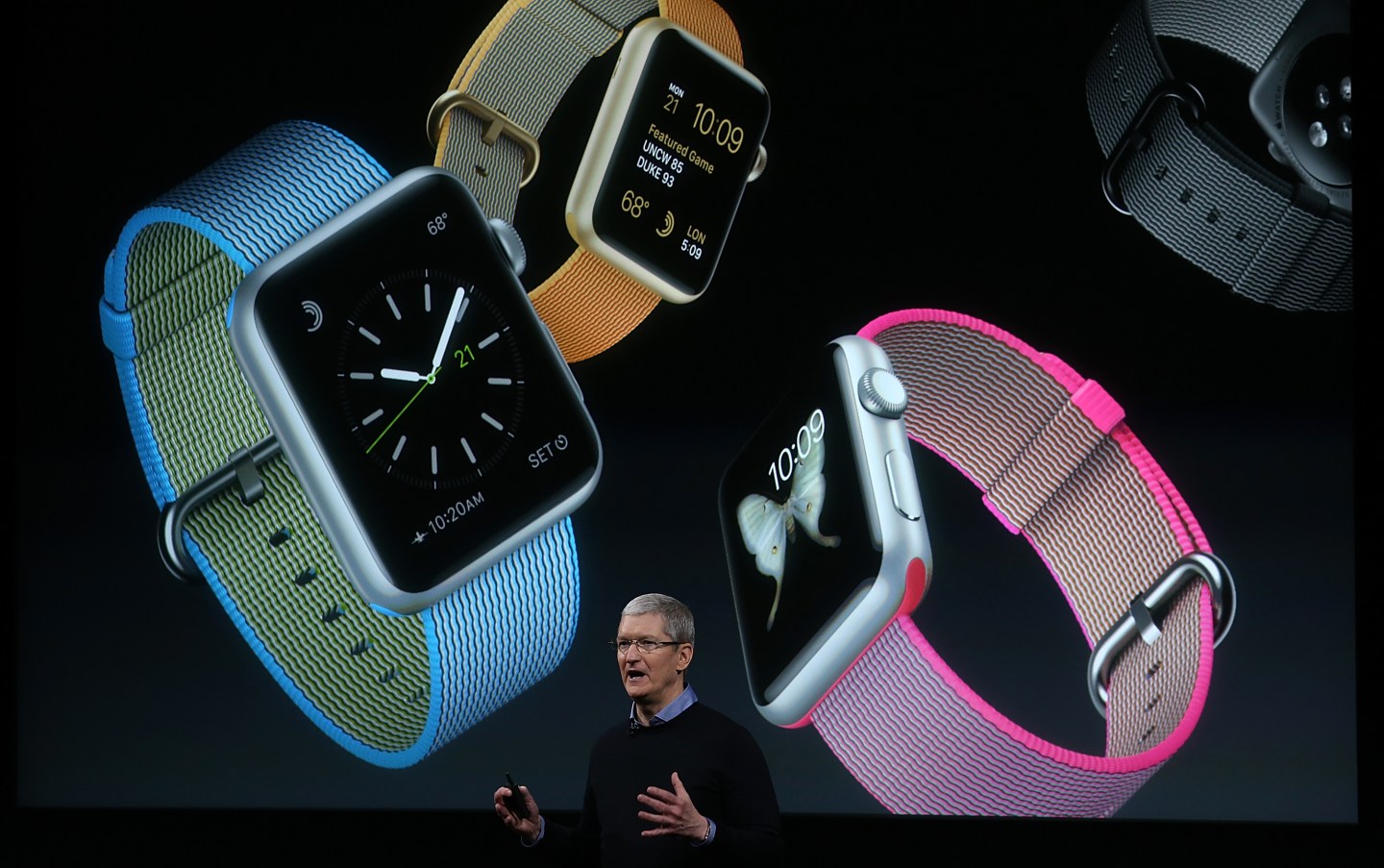 Google has its sights set on Apple Watch, according to a new report.

The Alphabet-owned Google (GOOGL) is currently building two Android Wear-based devices that will feature circular displays, and come in two sizes, depending on customer preference, Android Police is reporting, citing sources it claims are reliable. It’s unclear at this point whether the smartwatches would come with the Nexus branding Google uses on its smartphones or feature other names.

While Google declined comment, the move would represent a major change in tack for the company. While Android Wear, Google’s wearables operating system, has been available since March 2014, the company hasn’t launched its own hardware running the operating system. Instead, it’s relied upon third-party companies, including LG and Samsung, among others, to make hardware and promote Android Wear to users.

Meanwhile, Google has been working at improving Android Wear’s features and boosting its position in what is a fast-growing but still fledgling industry. By doing so, it’s stayed away from competing with hardware makers.

However, while Apple (AAPL) has not released its Apple Watch sales figures, most market analysts say it’s far ahead of the pack. Some have even pegged Apple Watch’s market share at 80%, and one analyst, Neil Cybart, argues that Apple’s wearables division alone could be worth $10 billion—an impressive feat, considering the Apple Watch launched last year.

Apparently watching Apple Watch soar past Android Wear, Google is now reportedly planning to jump into the fray with compelling alternatives, Android Police’s sources say. They claim the first smartwatch, currently codenamed Angelfish, will have a smooth case that “curves where the watch band meets the body.” In addition, it’ll feature three buttons, though it’s unclear what they’ll be used for. It’s also the larger of the two, featuring a diameter of 43.5mm, the report claims. It’s larger size will help it accommodate a larger battery and an LTE chip that will let it connect to cellular networks.

Those same sources say Google’s second watch is called Swordfish. Details were a little slim on Swordfish, but the device will come with a “different button arrangement,” feature three colors (silver, titanium, and rose gold), and have a smaller footprint than Angelfish. It also won’t have LTE connectivity or even GPS for tracking movement, the report claims.

Still, several questions remain. it’s unclear what firm Google might work with to manufacture the smartwatches, and it’s unknown when (or even if) they’ll launch. Android Police’s sources say the most likely unveiling date will come when Google showcases its Nexus smartphones later this year. The sources didn’t say what price points Google is aiming for.

Regardless, it appears Google is at least considering joining the smartwatch fray and taking on market leader Apple Watch.

It’s time for a battle.