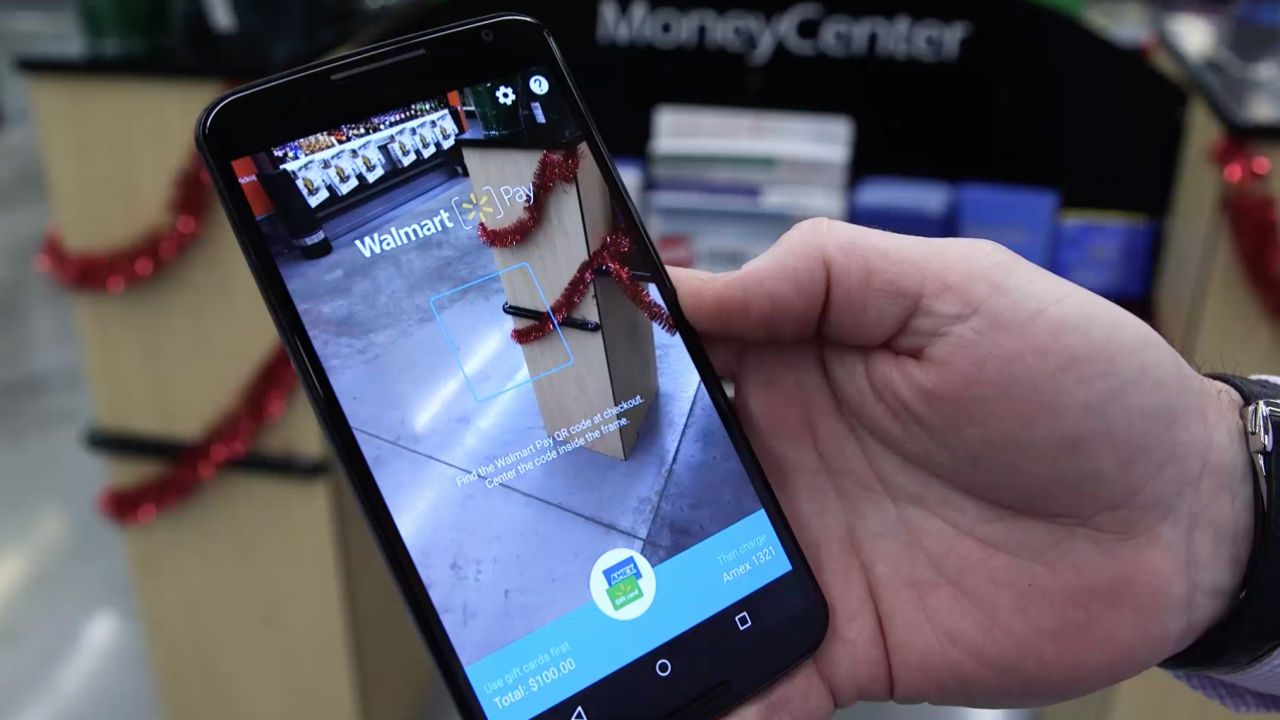 Walmart (WMT) has reached an important milestone in using tech to boost sales: the largest U.S. retailer said on Wednesday that its Walmart Pay mobile payment app has now been rolled out to all of its 4,600 U.S. stores.

The discount retailer has a lot riding on Walmart Pay’s success: though many thought when the app was announced back in December that it was a tool to compete with Apple (APPLE) Pay, the real benefit Walmart is striving for is improved in-store customer experience, reduced hassles at checkout, and getting people to shop more often on its website.

Walmart Pay itself doesn’t hold a customer’s payment information, which is kept on his or her Walmart.com account, not the phone. It works with any major credit, debit, pre-paid or Walmart card. Walmart Pay is incorporated into Walmart app, and customers can check out in stores by opening the app and using it to scan a QR code at the payment terminal to speed up the process.

Unlike some rivals like Target (TGT) and CVS Health (CVS), Walmart doesn’t have a loyalty program per se. But Walmart Pay is a way to deepen information about shopper habits and, eventually, allow shoppers to do things like build shopping lists based on previous purchases. The roll-out comes at the end of several months of fine-tuning Walmart Pay in stores in Kansas, Arkansas and Missouri.

He also said that the retailer is already seeing 88% of Walmart Pay transactions come from repeat users, though Eckert said Walmart is hoping to win new customers with the feature too. What’s more, though Eckert wouldn’t disclose how many customers are using the service, he said adoption increased 45% last week, when the rollout was completed, compared to the previous week.

So far, the adoption of Walmart Pay is skewing toward young adults, the exact demographic the retailer needs to win over but that is very comfortable shopping at Amazon too.
Down the line, Walmart Pay should be able to allow “scan-as-you-go,” enabling customers’ smartphones to ring up the items as they shop or at the cash register and save time at checkout, Eckert told Fortune in April on a store visit in Bentonville, Arkansas.

The app is also a way for Walmart to capitalize on a major shift in customer behavior. Forrester Research has forecast that in-person mobile payments by U.S. consumers will go from $3.7 billion last year to $34 billion by the end of 2019.

After a long slump, Walmart U.S. comparable sales have risen for six straight quarters, with shopper traffic up for seven in a row. But those gains have been fragile, making the success of Walmart Pay even more important. And better in-store service and experience is essential to that.

Eckert wouldn’t say whether Walmart Pay will ever integrate with third-party mobile wallets like Apple Pay, but hinted that would be feasible if desired. (Walmart does not accept the Apple Pay mobile wallet.)

“We built Walmart Pay with flexibility in mind,” Eckert says. “We continue to have discussions with several third party wallets on how that might unfold.”