Why Walmart Pay Is a High-Stakes Customer Service Play 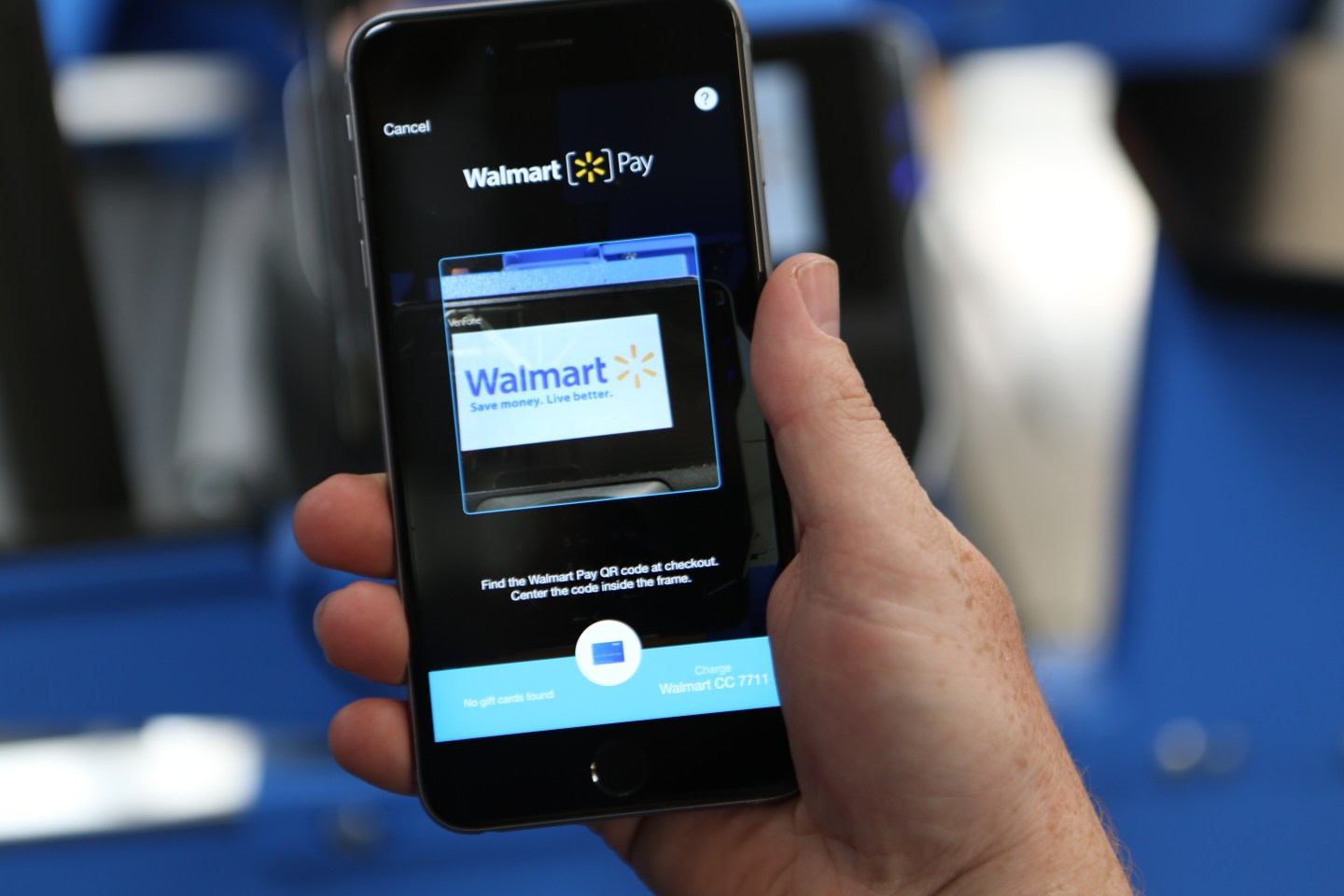 The retail giant announced in December it was launching its own mobile payment app. Since then, it has been fine-tuning Walmart Pay in stores in Kansas, Arkansas and Missouri, ahead of a full national roll-out by late June, in what will be a big test of Walmart’s ability to go toe to toe with rivals on the tech front.

At the time the mobile app was announced, many speculated Walmart (WMT) was building a tool to compete with Apple Pay(AAPL) . But the real reason Walmart would bother with its own app is simple: helping Walmart improve the in-store customer experience, something key as it tries to fend off Amazon.com and a resurgent Target (TGT). More specifically, Walmart Pay aims to reduce hassles at checkout, a problem the retailer has been looking to root out.

“It was really a design around improving checkout, not just payment,” Daniel Eckert, senior vice president, services of Walmart U.S. told Fortune as he gave us a demo of Walmart Pay at one of the retailer’s Neighborhood Market stores in Bentonville, Ark., a mile from headquarters. He added: “When we looked at checkout, there was still friction in the process.”

To prove his point, Eckert bought two bottles of water using the app. All Walmart stores are “geo-fenced,” meaning the regular Walmart shopping app on Eckert’s phone could recognize the location and recognize that the store was enabled to accept Walmart Pay. The Walmart Pay option appeared on Eckert’s phone, and after he used Touch ID to enter, he was able to use the device’s camera to scan a code at the register, after which he received an e-receipt. Paying for his bottles took only a few seconds.

Walmart Pay itself doesn’t hold a customer’s payment information, which is kept on his or her walmart.com account, not the phone. It works with any major credit, debit, pre-paid or Walmart card. (It does not however, work with government assistance programs such as the SNAP food stamps that many Walmart customers need to pay for groceries.)

Down the line, Walmart Pay should be able to allow “scan-as-you-go,” enabling customers’ smartphones to ring up the items as they shop or at the cash register and save time at checkout, Eckert said.

Ahead of the launch, Walmart has been ironing out some kinks that come from integrating the app with several older point-of-sale systems. One cashier at the Bentonville store noted that the registers sometimes freeze up. And Walmart did away with the mandatory opting out of Walmart Pay that required customers to tap a “No thanks” button: after driving cashiers nuts, Walmart simply programmed it so the “No thanks” pop-up disappears on its own after a few seconds.

With no current plans to accept Apple Pay (though down the line it, and other mobile wallets, could well be a payment option within Walmart Pay), and no set launch date for MCX (never mind that as the product of consortium, that mobile app will not be set up to meet Walmart’s specific needs), Walmart could wait no longer without risking missing out on a major shift in customer behavior. Forrester Research has forecast that in-person mobile payments by U.S. consumers will go from $3.7 billion last year to $34 billion by the end of 2019.

After a long slump, Walmart U.S. comparable sales have risen for five straight quarters, with shopper traffic up for six in a row. But those gains have been fragile, making the success of Walmart Pay even more important. And better in-store service is essential to that.

“Table stakes when it comes to payment in these mobile apps is that the experience has to be easier,” said Brendan Miller, a principal analyst at Forrester Research. “If there is any more friction in the payments experience, you’re going to have a hard time.”

Unlike retailers like Target, CVS and Kohl’s (KSS), Walmart doesn’t have a loyalty program. So Walmart Pay is a way to deepen information about a shopper’s habits and, eventually, allow shoppers to do things like building shopping lists based on previous purchases.

So far, the adoption of Walmart Pay is skewing toward young adults, the exact demographic the retailer needs to win over but that is very comfortable shopping at Amazon (AMZN) too.

As Fortune reported a few months ago, Walmart’s customer satisfaction grades are improving. The retailer has so far spent $2.7 billion on raises to make sure workers are motivated to better serve customers and to do work that is more complex now, given how much tech is changing in-store shopping. What’s more, despite slowing growth rates on the digital sales front, Walmart’s web site is attracting a lot more traffic, up to 85 million monthly unique visitors in February.

So the time is ripe to roll out the mobile payment app. Accrete recognizes that shoppers now expect that ease because they can use digital wallets at more and more stores.

“Once you get it, it becomes really sticky,” he says. “The only way you want to do checkout.” And that stickiness is key to Walmart keeping current shoppers and attracting new ones.