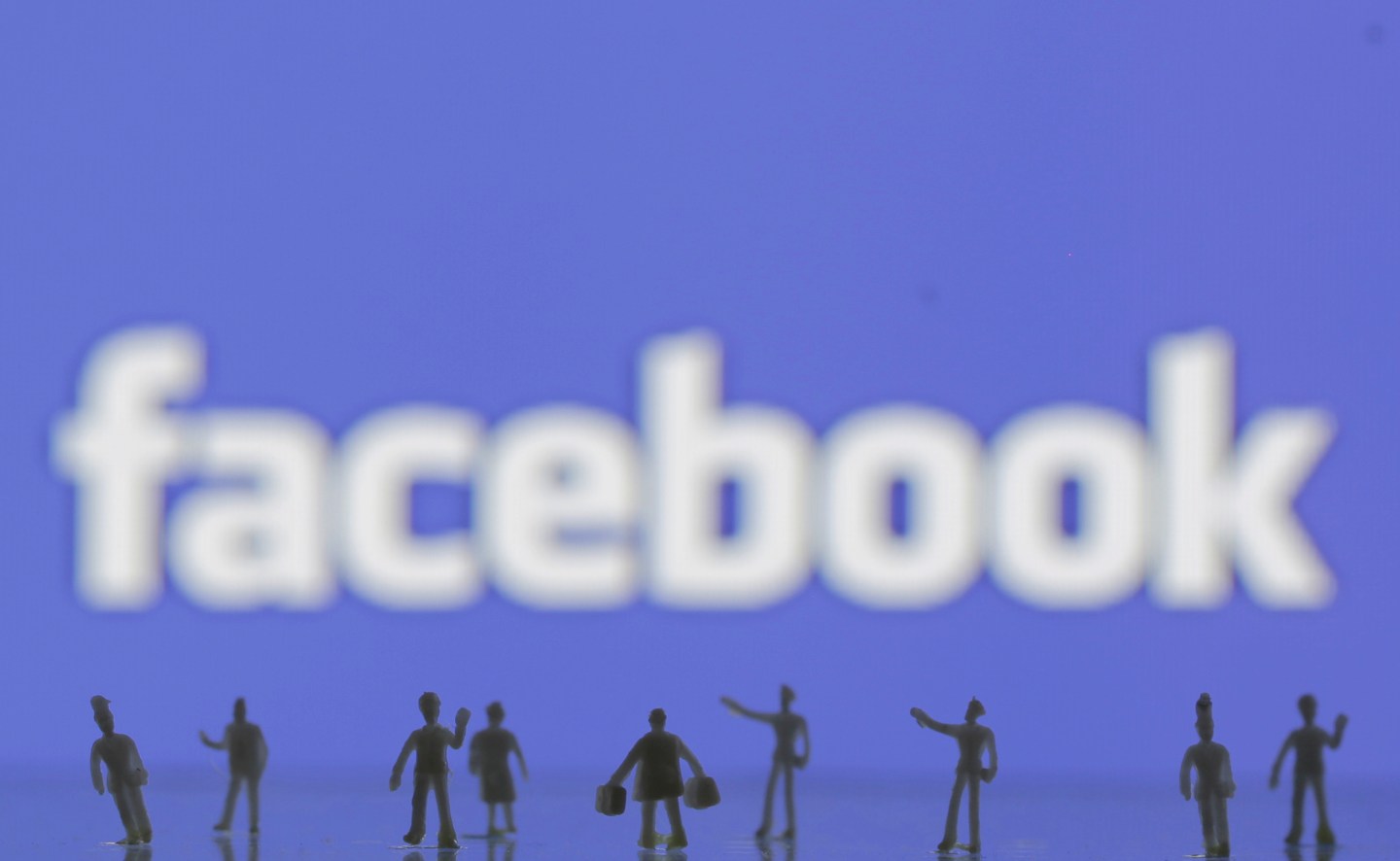 3D-printed models of people are seen in front of a Facebook logo in this photo illustration taken June 9, 2016. REUTERS/Dado Ruvic/Illustration - RTSGTLX
Photograph by Dado Ruvic — Reuters

The media industry is on some pretty shaky ground these days, with advertising revenue and readers both disappearing faster than an ice cream cone on a July afternoon. And whenever Facebook moves the levers of its news feed algorithm, you can almost hear that shaky ground shifting underneath almost every news outlet, since so many of them rely increasingly on Facebook for their livelihood.

In most cases there are two easy ways to tell when Facebook (FB) makes a meaningful change to the algorithm: One is that media companies start to moan about how their traffic from the giant social network has been declining rapidly for no apparent reason. And the other is that Facebook writes a blog post trying to explain the changes in as diplomatic a tone as it can muster.

The complaints from media outlets have been coming for the past several months, with some reports of sudden traffic declines as high as 40% compared with last year. And on Wednesday we got the Facebook blog post—in fact, two of them. One, written by a senior product VP responsible for the news feed, was called “Building a Better News Feed,” and the second is called “News Feed FYI.”

There’s a lot of hemming and hawing about how Facebook doesn’t choose what kinds of information to show you, which of course is factually incorrect, and appears to be mostly a rhetorical dodge in order to get around accusations of favoring certain viewpoints in trending topics. What Facebook means is that the algorithm chooses what to show you—as though the algorithm was some kind of omniscient entity, and not a thing programmed by flawed human beings.

In any case, the main point of both posts is fairly obvious. Facebook wants more personal posts about friends and family, and therefore it is going to de-emphasize other types of posts—and by that, it mostly means the vast majority of what news organizations produce (including what Facebook pays them to produce). “Facebook was built on the idea of connecting people with their friends and family. That is still the driving principle of News Feed today,” one of the posts explains.

The upshot for news companies is the same as it has been almost every other time there has been an algorithm tweak. As the second blog post puts it—in the opaque and passive-aggressive language favored by the world’s largest social network—”We anticipate that this update may cause reach and referral traffic to decline for some Pages.” In other words, watch out below. But enjoy the dog photos!