Welcome to the Weird World of Negative Interest Rates 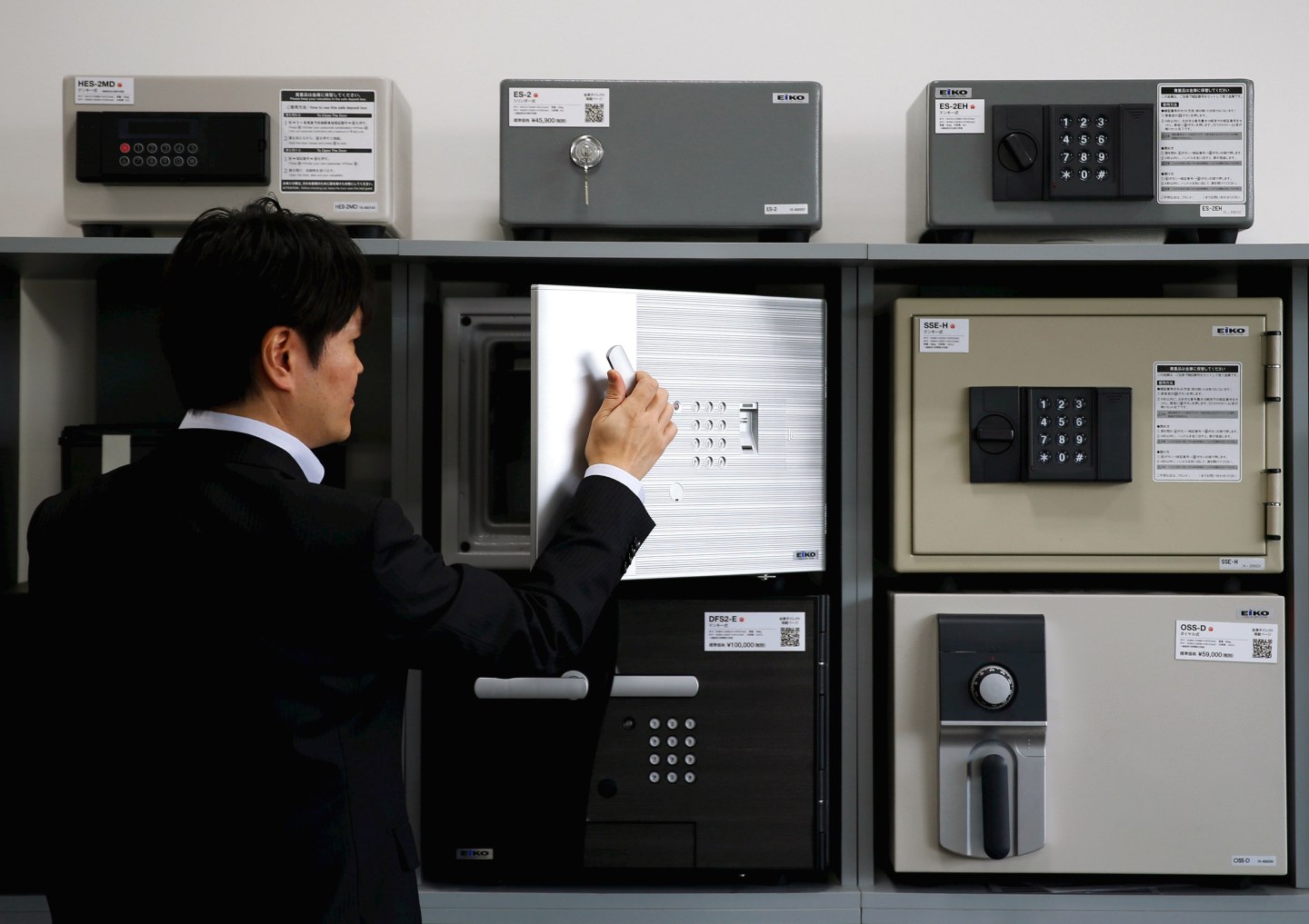 A staff opens a safety deposit box during a photo opportunity at a security showroom in Tokyo, Japan, March 23, 2016. Some Japanese firms, facing the possibility of negative interest rates on their deposits, would consider stuffing their cash in a safe rather than pay to keep it in the bank, a Reuters poll found, in what would be an unintended and unwelcome side-effect to the country's new monetary policy. Picture taken March 23, 2016. REUTERS/Yuya Shino - RTSC0N3
Yuya Shino — Reuters

It was long thought that interest rates could never go below zero. People would surely hoard cash before they paid banks for the privilege of holding it for them. But this year the European Central Bank, the Bank of Japan, and others have officially ventured into negative interest rate territory. It’s a bold experiment in economic stimulus—with big risks to global investors.

Right now there are a whopping $10 trillion in total negative-yielding sovereign bonds outstanding worldwide, according to a report by Fitch Ratings. Just as startling: 26% of the total value of J.P. Morgan’s global government bond index has a below-zero interest rate. The dynamic has even trickled into the corporate sector, where there are more than $300 million worth of negative-yielding bonds.

That has caused serious headaches for money managers, especially pension funds and insurance companies in Europe, which must fight over the increasingly scarce supply of relatively safe but positively yielding assets. The U.S. is also affected, even while the Fed maintains positive rates. According to Alex Roever, head of U.S. rate strategy at J.P. Morgan (JPM), 48% of the positive-yielding sovereign debt not held by central banks is U.S. Treasuries, meaning competition to buy U.S. debt is tougher than ever before, and demand could drive Treasury rates even lower.

All this would be manageable if the negative rates were seriously juicing the European and Japanese economies. But there’s not much evidence that it’s actually leading to more lending or higher growth. Meanwhile, signs of distortions in the system are growing, like data showing that sales of cash safes are surging in Japan, as households lose confidence in the banking system to protect their savings.

Torsten Slok of Deustche Bank Securities argues that better results would come from targeted stimulus of governments. Central banks have done what they can, he says, and “now the politicians need to do their job.”

A version of this article appears in the July 1, 2016 issue of Fortune with the headline “The Weird World of Negative Interest Rates.”