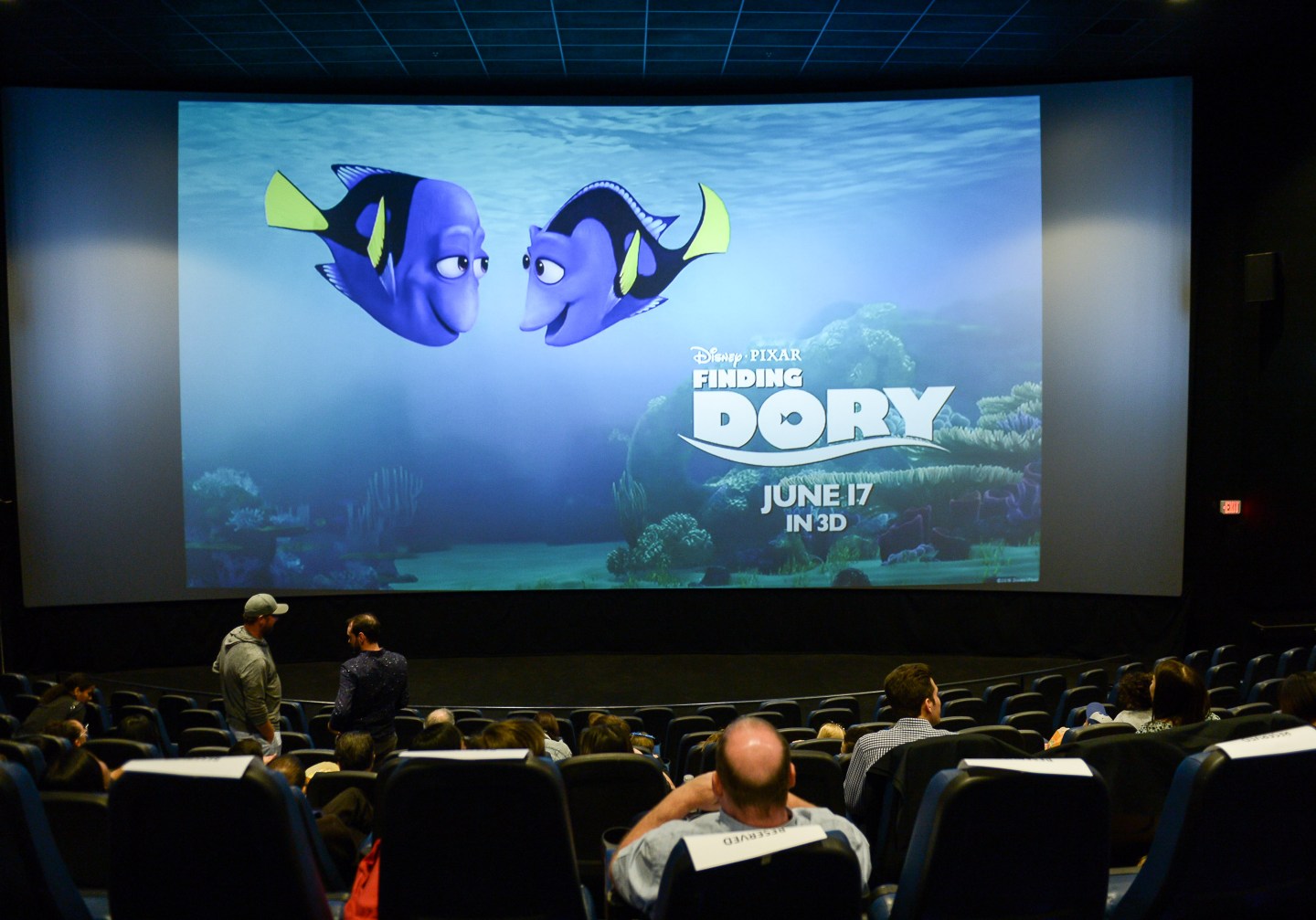 TORONTO, ON - JUNE 15: A general view of atmosphere at the "Finding Dory" advanced screening at Cineplex Cinemas Yonge-Dundas on June 15, 2016 in Toronto, Canada. (Photo by GP Images/WireImage)
Photograph by GP Images — WireImage via Getty Images

June 21 marked the summer solstice, a day celebrated for its symbolism of fertility and renewal. It also marked the beginning of a more lucrative summer movie season—or so the industry hopes.

The normally sizzling-hot parade of big-budget flicks has gotten off to a cold start this year, with most weekends’ box office sales coming in lower than last summer’s. Paramount’s latest Teenage Mutant Ninja Turtles movie has brought in just over $72 million since it was released on June 3, a paltry sum for a film that cost $135 million to make. (Yes, Viacom(VIAB)-owned Paramount Pictures currently has bigger fish, er, turtles, to fry.) Even with Finding Dory‘s unequivocal success—the Pixar sequel had the biggest-ever opening weekend for an animated movie—last weekend’s top 12 films combined delivered just $226 million.

Who’s to blame? It could be that, Finding Dory aside, the reboots and sequels that have come out so far this summer just haven’t been that good. Or it could be that the ever-expanding queue of shows and movies you can now watch from your living room is providing more competition than previous summers. Even if your Game of Thrones stream failed last weekend, the HBO show’s latest episode still managed to attract about 7.7 million cable viewers. Netflix’s (NFLX) Orange is the New Black returned on June 17 (the company doesn’t disclose viewership numbers for particular shows, but has 81 million subscribers worldwide). And, of course, it’s been a crazy-hot summer for sports, both on TV and in arenas.

Speaking at the CineEurope conference in Barcelona earlier this week, DreamWorks Animation (DWA) CEO Jeffrey Katzenberg remarked that there has been a transformation in live sports events that could be mirrored in the theater-going experience. “In the last 20 years in the U.S., major sports arenas have been rebuilt or new ones have replaced old ones,” Katzenberg said. “Sports have shown what can happen. Attendance at live events is through the roof. It’s a premium experience even if it’s interactive on more devices.”

The movie theater industry wants you back:

Some theater companies have been investing in upgraded cineplexes, complete with more food and drink options and reclining chairs. A slew of upcoming movies could also help turn things around this summer. Over the next few weeks, we’ll see the release of the latest Independence Day flick, The Legend of Tarzan and Ghostbusters. Novel and original? Not quite. But then again, that’s no longer what the movie biz is about.