Why Investors Don’t Care About Under Armour’s Bad Weekend 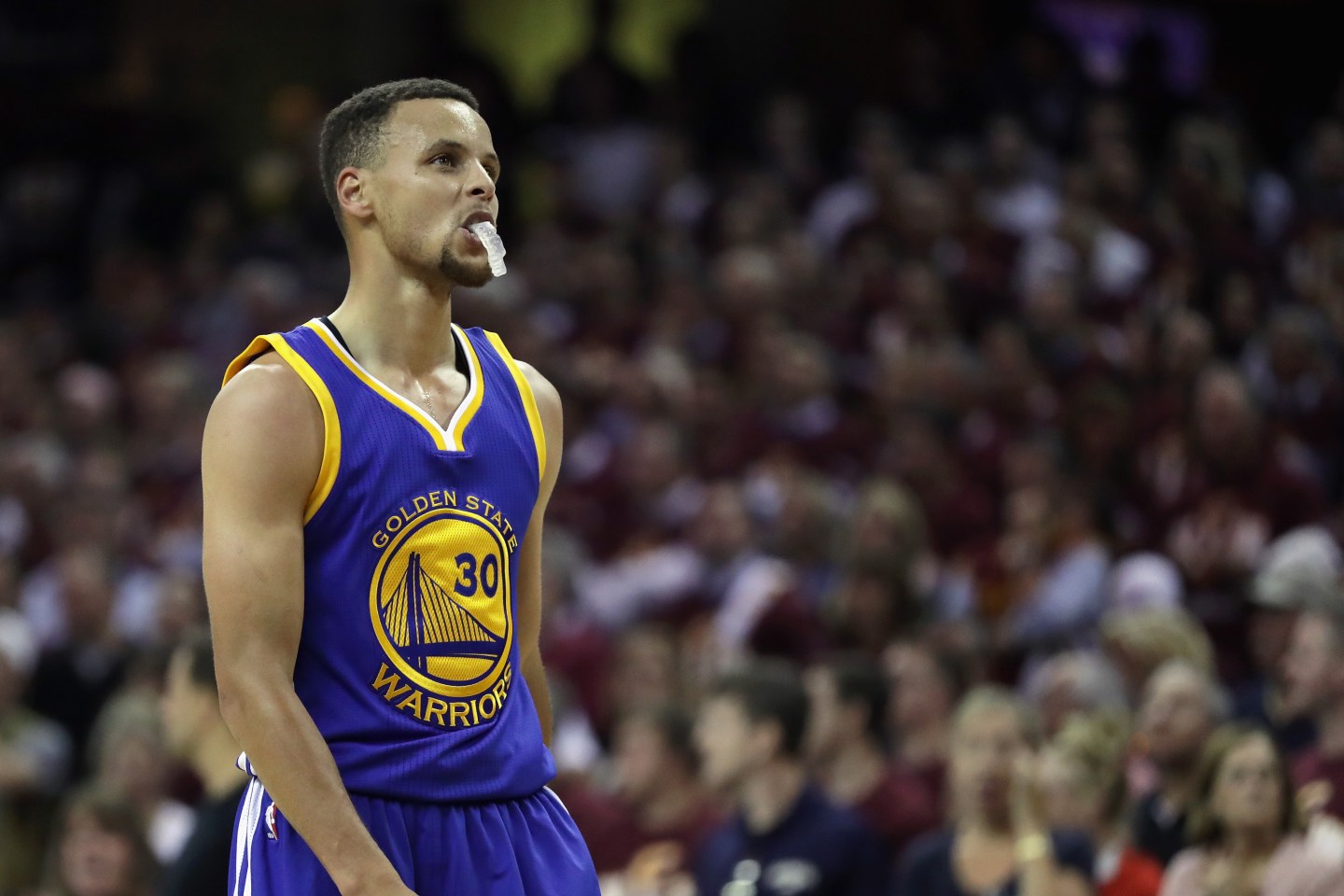 CLEVELAND, OH - JUNE 08: Stephen Curry #30 of the Golden State Warriors reacts in Game 3 of the 2016 NBA Finals against the Cleveland Cavaliers at Quicken Loans Arena on June 8, 2016 in Cleveland, Ohio. NOTE TO USER: User expressly acknowledges and agrees that, by downloading and or using this photograph, User is consenting to the terms and conditions of the Getty Images License Agreement. (Photo by Ronald Martinez/Getty Images)
Ronald Martinez Getty Images

Sunday was a bad sports day for Under Armour nation. Stephen Curry and his Golden State Warriors lost Game 7 in the NBA Finals to the LeBron James-led Cleveland Cavaliers. And on the golf course, Jordan Spieth at the U.S. Open, failed in his bid to win the tournament in back-to-back years after an impressive 2015 victory.

The heartbreaking losses aren’t denting the Under Armour (UA) brand, at least not on the stock market. Shares actually are trading up on Monday, increasing about 3% on a day when the broader stock market is also rising. Rival Nike’s (NKE) shares are also up, albeit just 2% despite the fact that Cavaliers star James is a Nike-backed athlete.

So why the muted reaction? As Fortune has previously reported, investors aren’t that short sighted when it comes to trading an athletic stock based on an endorse athlete’s performance on the field.

Take for example another news event involving Spieth. Earlier this year, the golfing star suffered an epic meltdown at the Masters in Augusta, Ga. and a day later, Under Armour’s shares were trading lower. But the decline was due to a bearish report from a Wall Street analyst – not worries about Under Armour’s ability to sell golf gear to fans.

The fact remains that while Nike “won” the weekend on the NBA courts, the athletic performance of star athletes doesn’t always correlate into immediate wins and losses at the local Foot Locker. Just because Curry lost on Sunday doesn’t mean kids won’t be wearing his sneakers on Monday. Spieth’s loss, similarly, won’t dilute the brand.

Now, if either athlete performed poorly over a longer strength of their careers, it could be problematic for Under Armour, but athletic careers always enjoy peaks and valleys – and these short-term setbacks are no different. A career-ending injury or big scandal would be more problematic for the brand.

When it comes to selling new basketball shoes or golf course shirts, what really matters is this: is the brand cool? Is it fashionable? Does the apparel and the shoes function as promised? There is no denying that Under Armour – which regularly reports big double-digit sales increases – is proving to consumers that yes, the brand is on trend. Americans are more broadly embracing athletic gear for casual wear, a shift in style that Under Armour has benefited from. And Under Armour’s ability to spot young talent early has helped cultivate a “coolness” factor that wouldn’t be dented by a few poor performance.

The greatest case I can make for why on-court performance doesn’t matter is this: the example of Michael Jordan. The star athlete hasn’t been a pro basketball player for 13 years, but that hasn’t stopped sales for his gear. Nike last year set a $4.5 billion annual sales target for its Jordan product line by 2020, double where it stands today.

To be sure, Curry and Spieth almost certainly won’t be the next “Jordan” of their sports. But the success Nike has had building a brand around Jordan even when he’s not on court helps prove that savvy advertising and support from a big, publicly traded company are a critical component to help make brands “winners.”