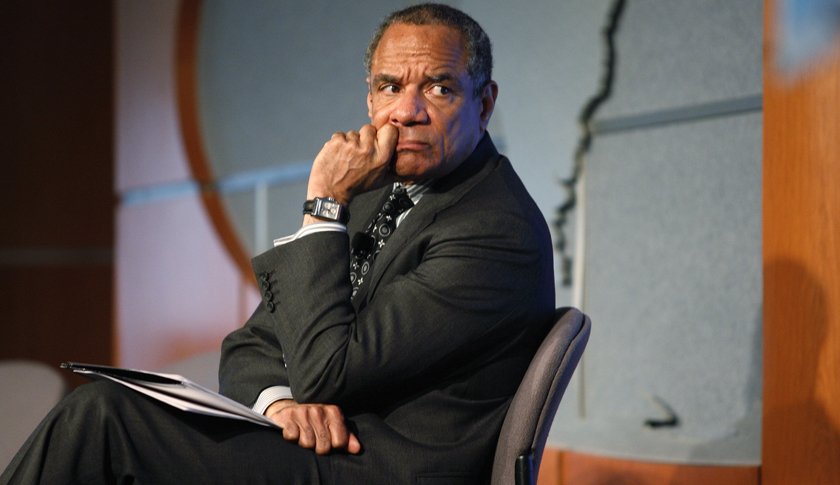 Credit card giant American Express once reigned supreme over competitors like MasterCard and Visa in the eyes of Wall Street. But now the company is now struggling to win back investors and keep its customers spending, reported William D. Cohan for Fortune.

As of Monday, giant Costco (COST) has officially ended its relationship with American Express, and it is switching credit card providers to Citi Visa. That’s just one of AmEx’s problems.

It’s been a rough couple of years for 65-year-old AmEx CEO Ken Chenault. In February 2015, Costco announced it would end the exclusive and highly profitable partnership with AmEX. Months later, the company’s heir apparent, 55-year-old Edward Gilligan died suddenly of a blood clot. Activist investor Jeff Ubben of hedge fund ValueAct Capital would arrive on the scene not long after, pushing for change at AmEx.

Beginning in late 2014, AmEx’s stock begin to take a divergent path from those of its peers, MasterCard and Visa. While the latter two steadily rose, Amex fell.

Now AmEx is the third worst performing stock of the Dow Jones Industrial Average over the past 12 months, behind Apple and Goldman Sachs. Even the S&P 500 has beaten the stock in the same period, falling just 0.87% while AmEx slid 23%.

Since the stock’s all time high in the second quarter of 2014, AmEx has shed $40.8 billion from its market cap.

Visa and MasterCard are also now batting for AmEx’s wealthy, and once unwavering, customer base.

But it’s not all doom and gloom as the company fights to reclaim its former glory and grow.

In what is perhaps the company’s most valuable public vote of confidence, Berkshire Hathaway CEO Warren Buffett called AmEx an “excellent business” with managers that are “talented and shareholder-oriented” in his 2016 annual report to shareholders. He has a 15.6% stake in the company.

You can read more about American Express and where it is headed in The Last Stand of Ken Chenault. A version of the story also appears in the June 15, 2016 issue of Fortune.