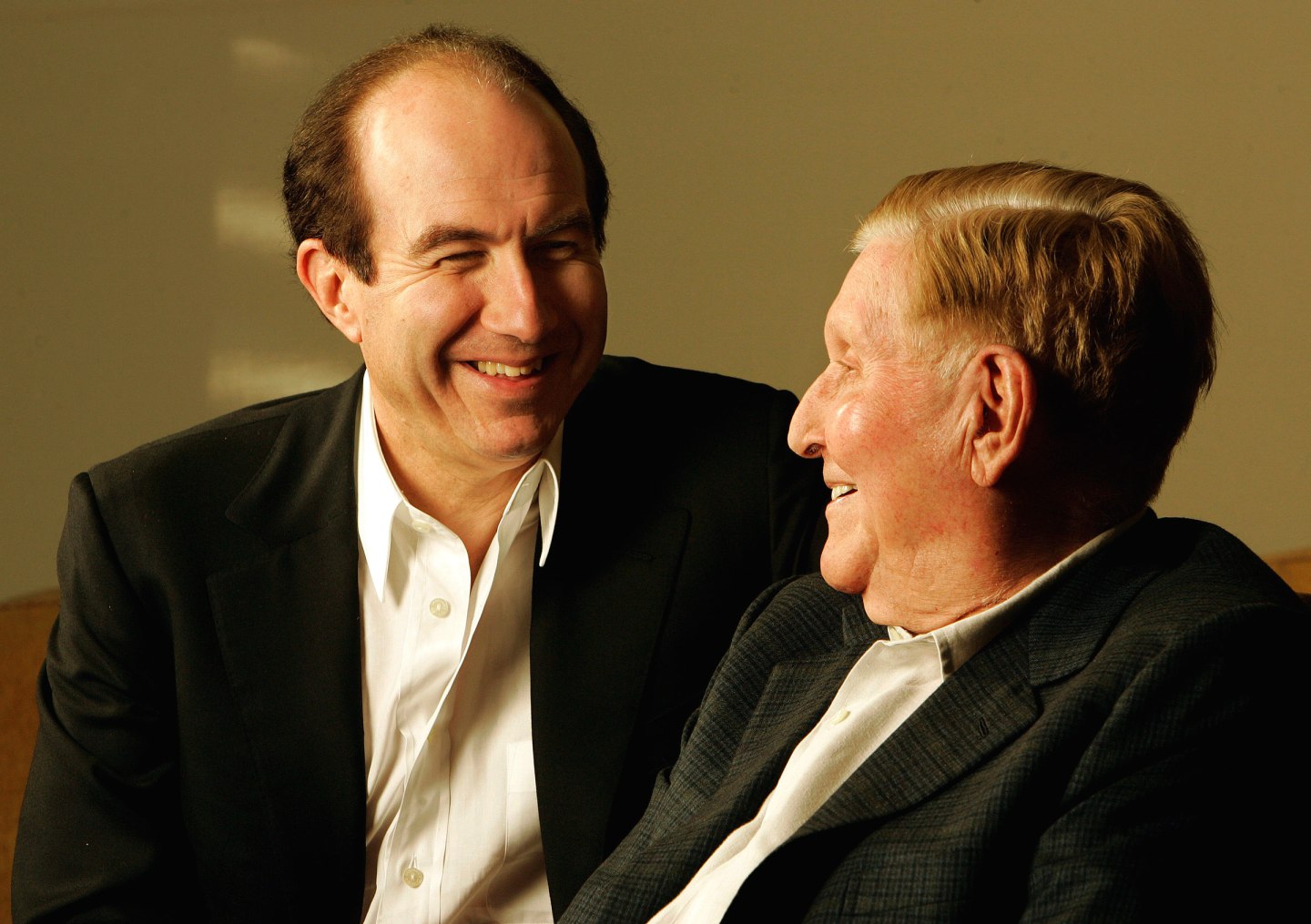 Winners and losers often change places quickly in the entertainment industry, but even so, it’s staggering how quickly Viacom chairman and CEO Philippe Dauman’s fortunes have shifted in what amounts to the blink of an eye. And in this case, the eye doing most of the blinking belongs to Viacom’s controlling shareholder, 93-year-old billionaire Sumner Redstone.

Just a few months ago, Dauman’s grip on the reins of the $17-billion entertainment conglomerate seemed almost unassailable. At that point, he had been CEO for a decade, and was known to be a protégé of Redstone’s—to the point where Redstone often called Dauman “the wisest man I’ve ever known.”

In February, Dauman added the title of chairman in an almost unanimous vote. A report from activist shareholder Spring Owl Investments that called for Dauman’s removal due to the underperformance of the stock seemed like it was shouting into the wind.

Fast forward, and now Dauman is hanging on to his position by his fingernails. On Thursday, National Amusements, the Redstone family holding company, said it intends to remove him from Viacom’s board of directors, along with a number of other former members (the board has since filed suit in Delaware in an attempt to stop this move).

On Wednesday, Redstone had released a statement saying he no longer trusted the CEO of his company or the board with Viacom’s future. Dauman has also been removed from the board of the trust that will control Sumner Redstone’s 80% stake in Viacom and CBS after the billionaire’s death.

The Viacom CEO is not going quietly, however. He is challenging the decision to remove him from the Redstone trust, arguing that the nonagenarian is incapable of making decisions due to dementia, and that he is being controlled by his daughter, Shari. Dauman and other members of the board say they have tried to arrange meetings with Redstone and been rebuffed.

And yet, just last week—according to The Hollywood Reporter—Redstone showed up at the Paramount movie studio, which Viacom owns, and spent 10 minutes meeting with studio head Brad Grey. It’s not clear what they discussed, or even whether Redstone spoke at all, but it was a very obvious shot across the bow of Dauman’s camp and an attempt to demonstrate that Redstone is healthy and very much in charge of the company that he still controls.

There have been other events that appear to be designed (at least in part) to show that the billionaire is not an invalid, but is “active and engaged in events,” as the Redstone camp has argued in legal filings related to Dauman. At the media mogul’s 93rd birthday party a few weeks ago, his daughter had shirts available that said “Sumner is Back!” Where exactly he was coming back from was left up to the imagination.

The single biggest difference between now and a year ago, when Dauman appeared to be in full control of Viacom, is the resurgence of Shari Redstone as a factor in her father’s life. For a number of years, the two were estranged, to the point where Sumner tried to buy out Shari’s stake in Viacom and CBS (as he bought out her brother Brent). According to one report, the billionaire even referred to his daughter as a “c***” in a Viacom board meeting.

The problem for Dauman is that, even if Shari Redstone is exerting some influence over her father, and either pushing him to make decisions or making them for him, it is almost impossible to prove. And the Viacom CEO is caught in a Catch-22 of his own making: Earlier this year, he maintained in a court case launched by the billionaire’s former girlfriend that Redstone was fully capable of making decisions. Now, he is trying to argue that Redstone is incapacitated.

Regardless of who is actually pulling the strings in this ongoing Game of Thrones, Dauman’s fate appears to be sealed and that of most of the other members of the Viacom board as well, analysts and other observers agree. The Viacom chairman and CEO may be able to fight the specific terms of his departure, but it seems likely he is not going to be around very long (but he stands to get as much as $83 million in compensation if he is terminated, according to his contract).

What happens to Viacom if and when Dauman and most of the members of the board are replaced remains to be seen. There has been talk that former CEO Tom Freston might return to the helm of the company, although he said in a recent interview—in which he criticized Dauman’s performance—that he has not cut any deals with Shari Redstone or her father.

Shareholders of the company seem to be looking forward to a Viacom without Dauman at the helm: The company’s stock price (VIAB) has climbed by more than 15% since the CEO was removed from the Redstone trust. And some analysts are suggesting that the company might even consider merging with CBS, the other media conglomerate that Redstone controls, which was spun off in 2006.

The only thing that seems certain about Viacom’s future is that Philippe Dauman won’t be part of it.