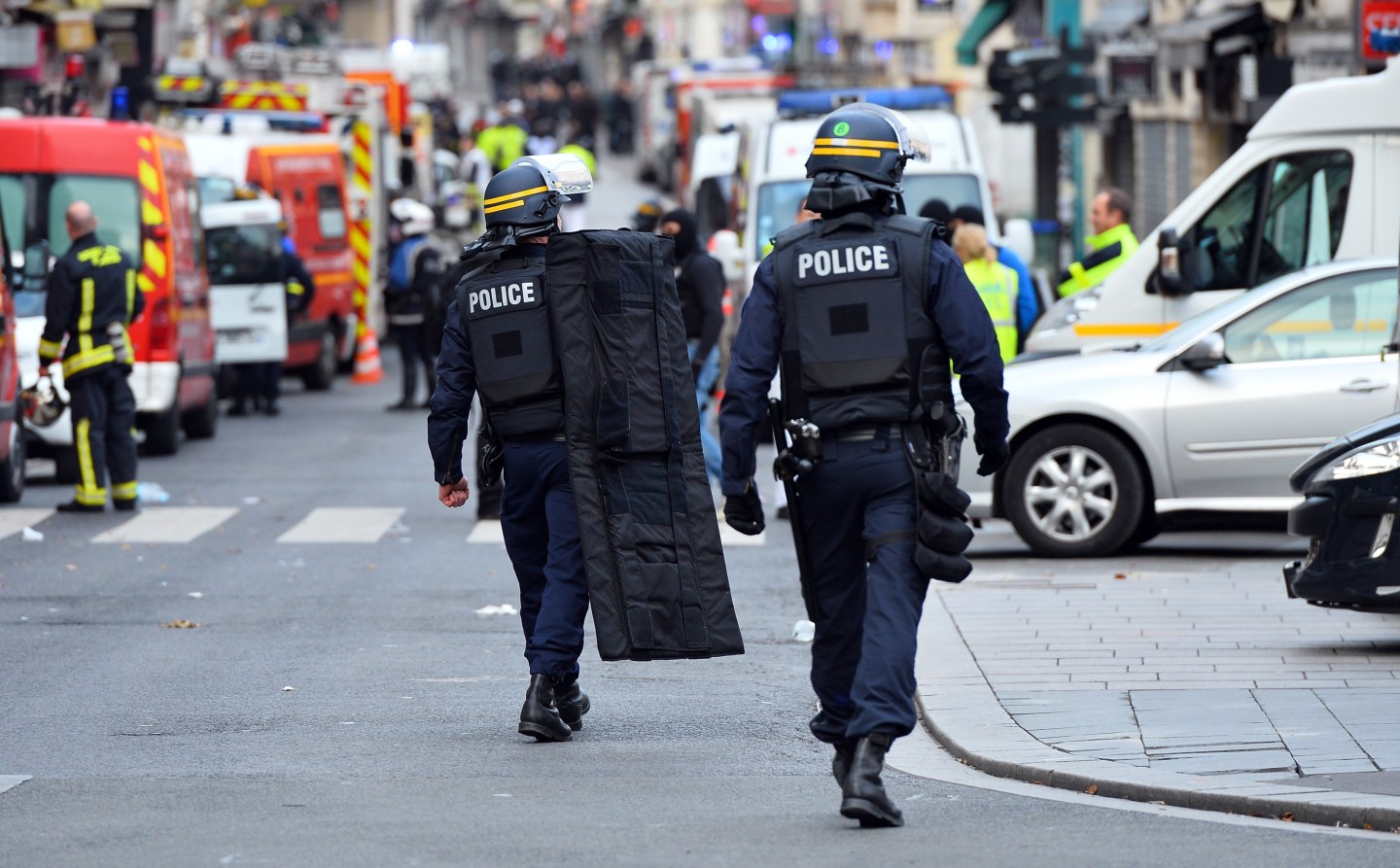 PARIS, FRANCE - NOVEMBER 18 : French security guards take up positions after an operation in Saint Denis, a northern suburb of Paris on November 18, 2015. According to officials a suicide bomber died when she detonated her device, one terrorist has been killed and three arrests have been made. (Photo by Mustafa Yalcin/Anadolu Agency/Getty Images)
Photograph by Anadolu Agency/Getty Images

In the latest ghastly mix of terror and technology, an ISIS-inspired man stabbed a French police commander and his wife to death on Monday night, and then broadcast a message on Facebook Live warning of more murders.

According to Le Monde, the terrorist, Larossi Abballa, began filming himself immediately after the murders, which took place in the French town of Magnanville, about 35 miles outside of Paris.

In the Facebook video, Abballa reportedly swears allegiance to ISIS, and encourages others to commit similar murders, naming targets like police and politicians, and certain journalists and musicians.

According to the Twitter feed of a French journalist that shows screenshots of the Facebook feed, Abballa warns “Europe will be a cemetery.” He also allegedly refers to a young boy near the parents he murdered, and remarks “I don’t know yet what I’ll do with him.”

Police have since found the 3-year-old boy, who is alive.

This is not the first time Facebook Live, which lets anyone with a Facebook account stream live videos to their friends or the general public, has been used for a crime. In the United States, there have already been examples of murder and rape filmed on Facebook Live.

Such live broadcasting tools, which also include Twitter’s Periscope, are obviously not designed for such purposes. But their rapid adoption by criminals, and now terrorists, show how live video—which was long the property of only TV networks—can be co-opted by anyone with a smartphone for propaganda purposes.

The France police recently posted a message on Twitter that urged people not to share photos of terrorism that they see on social media, but instead to submit them to a government website.

“Terrorists and acts of terrorism have no place on Facebook,” the company said in a statement. “Whenever terrorist content is reported we remove it as quickly as possible. We treat take-down requests by law enforcement with the highest urgency.”