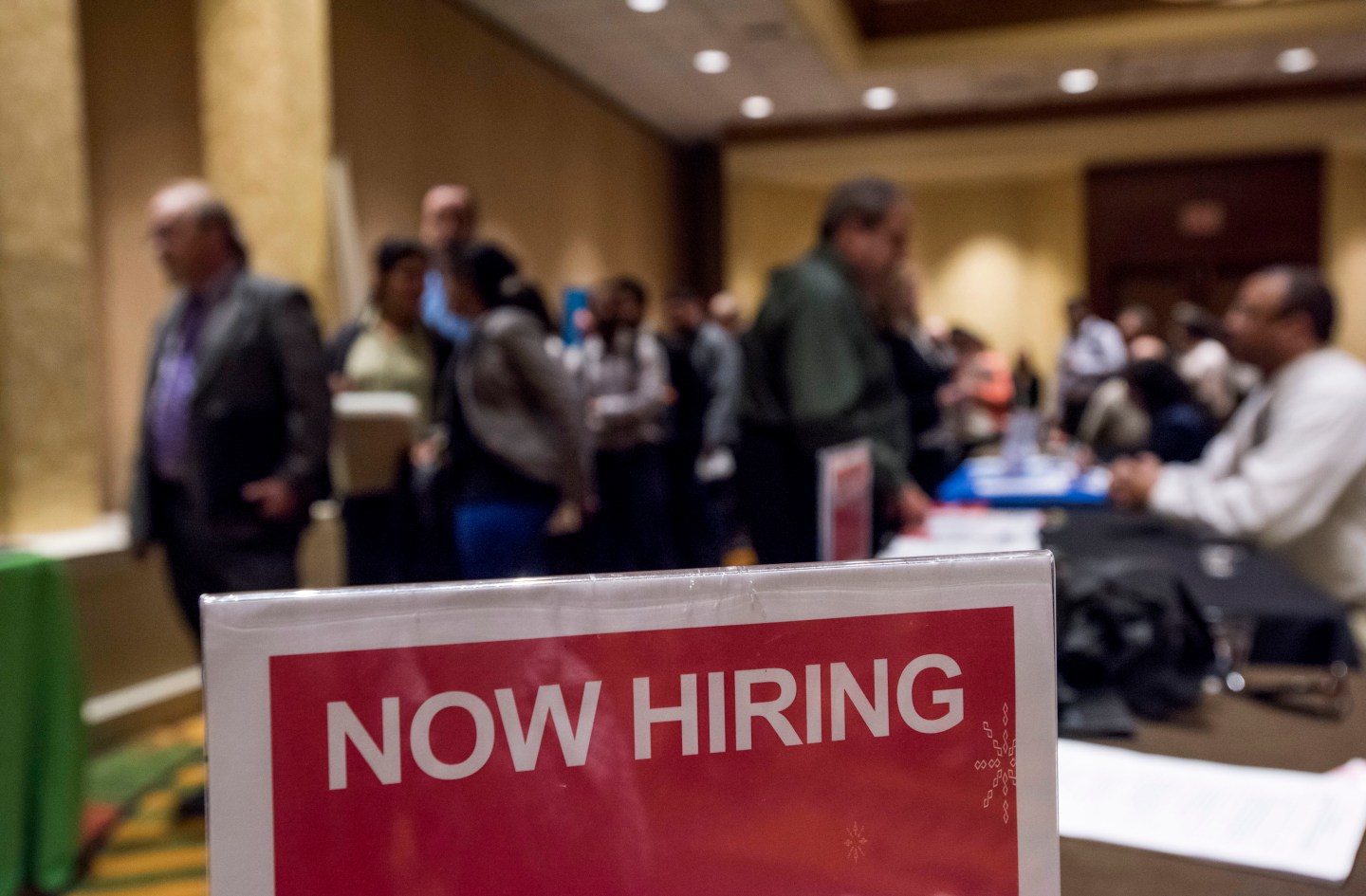 How long would it take your company to replace someone who moves on to another position? A few weeks? A few months? The answer is somewhere in between. Depending on your organization’s recruiting requirements, it could easily take close to four weeks—far longer if job skills tests, personality assessments, and multiple reference checks are part of the process, according to 2015 data from job-posting site Glassdoor. To shrink that timeframe, more recruiters are employing cyber-assistants that streamline hiring.

The latest evidence to emerge this month: Four top Wall Street firms—Goldman Sachs (GS), Morgan Stanley (MS), Citigroup (C), and UBS Group (UBS)—are testing artificial intelligence software that helps them glean insights into how job candidates rate in areas such as their ability to work with a team, persevere during tough on-the-job negotiations, or identify potential new business opportunities. Sometimes, the software acts as a screening mechanism meant to prioritize who humans interview in the first place, using algorithms to mine resumes and job applications for evidence of certain qualities.

One big place where technology is playing a much larger role centers on gathering references, which are notoriously difficult to coax out of people via telephone calls for a variety of reasons, including legal concerns. Two companies reinventing the process using software are SkillSurvey, a 14-year-old organization that works with more than 1,400 recruiting departments, including the ones for Chili’s Grill & Bar and McDonald’s, and OutMatch, which sells talent management services to companies including American Airlines (AAL), Hyatt (H), and Walt Disney Co. (DIS).

The most obvious benefit of this software is that companies are usually able to gather more information about who they’re interviewing—that’s because the responses are anonymized, so certain revelations can’t (in theory) be tracked back to one person. Learning Care Group, which runs more than 900 child care centers across the United States, usually sees participation rates from around 80% of invited references using OutMatch, according to Michele Hanson, director of talent acquisition for the 17,000-employee company.

As a result, Hanson’s team can gather an average of 3.7 references per candidate, often within just one day. (It doesn’t use the software for every position, at least not yet.) For perspective, if often takes at least three days for the traditional process to play out—that’s if a recruiter manages to connect in the first place. Equally important, recruiters can use information gathered from references to personalize face-to-face or phone interviews, including questions specific to a certain candidate. “People share information that they would never tell you on the phone,” Hanson said.

OutMatch CEO Greg Moran said many of his customers are using his company’s reference-check software to overhaul their recruiting process. In some cases, they are fielding references for promising candidates before an interview even takes place. Increasingly, that data is used to develop questions at the beginning of the process, which can help companies winnow their list of candidates quicker than otherwise possible. “It can drive a high-quality interview, even by someone who might not be a well-qualified interviewer,” he said. And later, that same information might be used to prioritize the training someone receives after they accept a job offer.