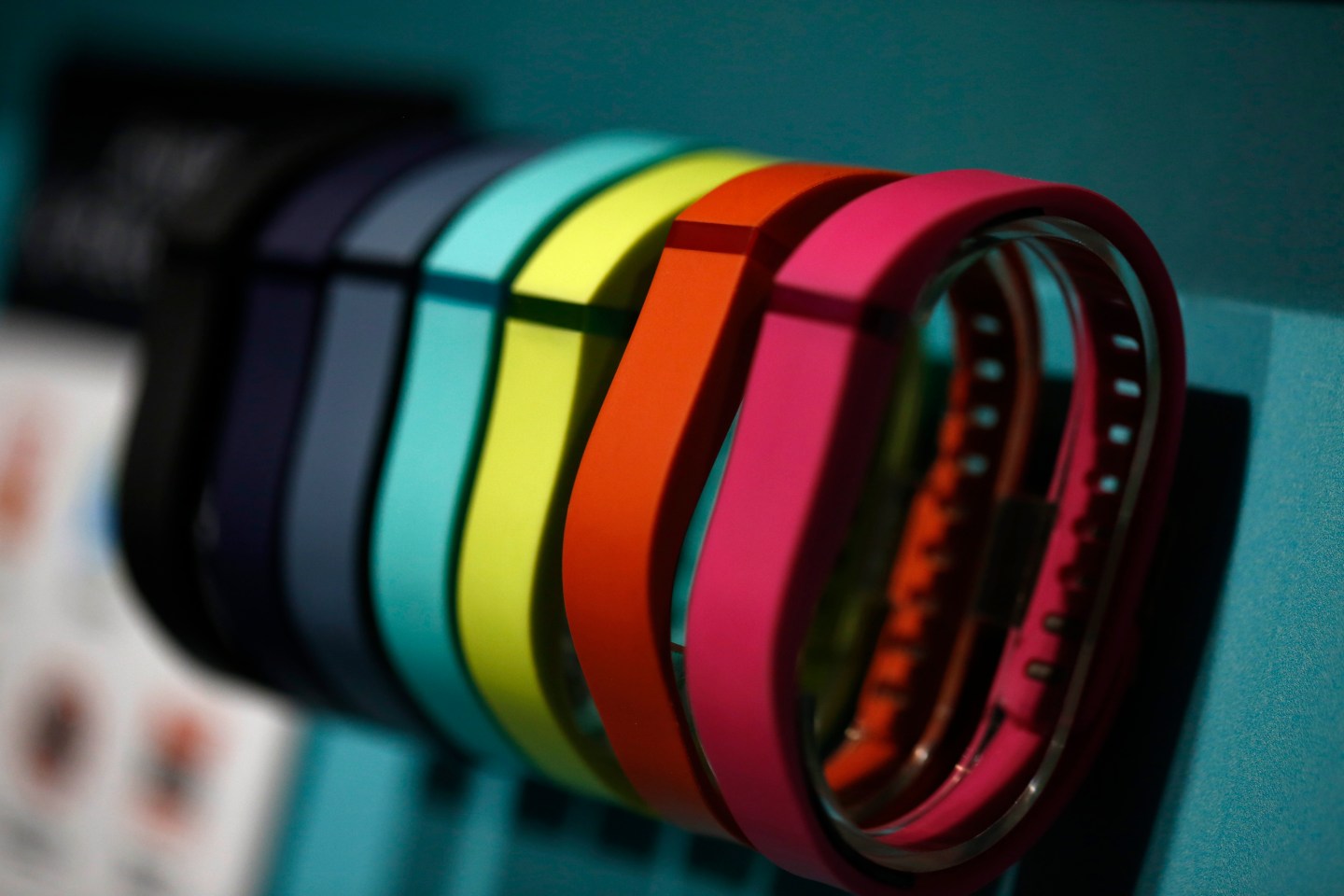 Customers using wearable fitness trackers from companies such as Fitbit (FIT) are devising creative ways to log extra steps without actually doing the exercise themselves.

The Wall Street Journal reports that people are attaching their Fitbits and other activity trackers to hamster wheels, power tools, ceiling fans, and even their pet dogs to drive up their step count and win office fitness competitions based on the devices’ data. Dogs wearing a fitness tracker can log 13,000 to 30,000 steps on the device per day, according to the Journal—easily exceeding the standard 10,000-step goal. Another juicy tip for racking up more steps? It helps if you’re short and therefore need more strides to cover the same distance.

In the comments section of the article, readers are sharing even more unusual hacks they’ve discovered for getting Fitbit to count fake steps, from driving a power boat to riding a horse, playing the piano and “whisking batter to make chocolate chip cookies.”

My wife attached her @fitbit to the dog this pm to cheat at "Workweek Hustle." He logged 3k steps…on four feet. pic.twitter.com/wDY4o7Hooa

Fitbit, for its part, does not approve of the tricks—after all, why would people who enter fitness challenges want to cheat themselves out of actually becoming more fit? “We think that cheating defeats the entire purpose of what we’re trying to help people achieve,” says a Fitbit spokesperson, adding that the company’s products are designed to motivate people to go for a run, walk more, or make their behavior healthier in other ways. Many of the company’s customers are simply “excited” to “tap into the spirit of friendly competition,” according to the spokesperson.

But proof that Fitbit wearers avidly seek to fool their devices is all over the Internet. One blogger recommends riding a lawnmower, claiming the vibration of the machine can “record a couple of thousand phony steps.” And people on Twitter suggest other dubious maneuvers for a tech gadget that can cost upwards of $200. Here’s a look at some of the more creative hacks from around the web:

My dad attached his fitbit to my dog at home to cheat and get more steps😂😂😂 pic.twitter.com/zKSya8Flst

@HRAASCA @fitbit @AASCommunicates I'm coming for mine soon! Tempted to cheat and strap it to my 4yo. She doesn't stop moving! ;)

@WSJ wrap it around spoke of car too

Peter Cappelli unlocks New Fitbit cheat put it in the dryer and rise to the top! @OracleHCM #hcmworld #worklife

@P_J_Willett a good friend of mine spent all day painting. A mere 46000 steps round his shed with a brush in hand #FitbitCheat

My #Fitbit thinks I'm walking when I'm riding my Harley so I do thousands of steps! It's annoying but a good way to cheat.

I accidentally discovered that directing music is a way to cheat your Fitbit into thinking you're taking steps.

Been a Fitbit owner for less than 24 hrs and I'm already trying to cheat. Can't help if it gets attached to the dogs collar "on accident". 😏

Researchers have recently raised doubts about the accuracy of fitness trackers. It’s a particularly sensitive subject for Fitbit, which is facing accusations that its heart rate monitoring technology does not deliver reliable readings, and has been continually updating its software to improve heart rate tracking.