Activity Trackers Could Be Better. So Why Aren’t They? 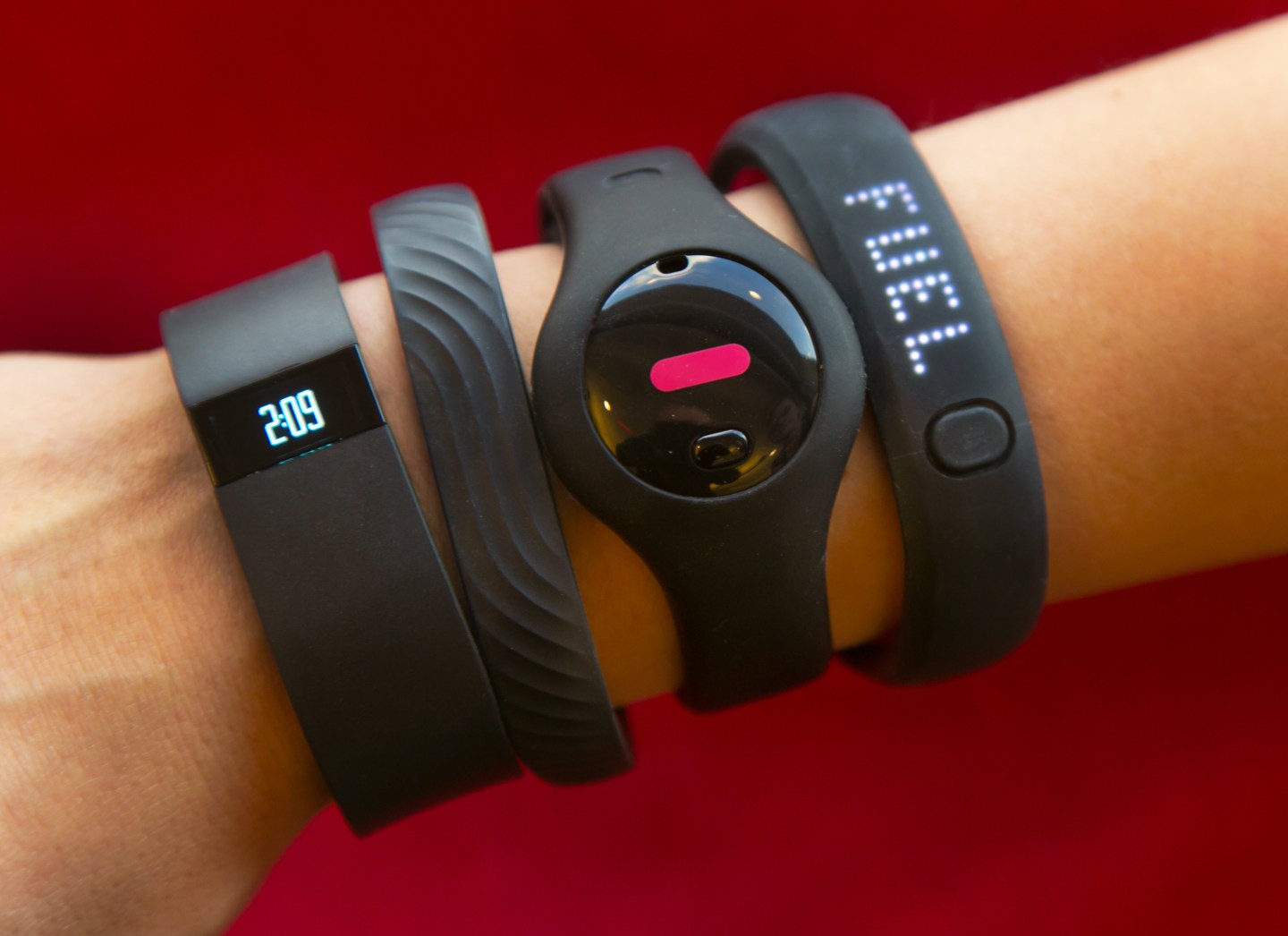 Four fitness trackers are shown in this photograph, in New York, Monday, Dec. 16, 2013. They are, from left, Fitbit Force, Jawbone Up, Fitbug Orb, and the Nike FuelBand SE. For aspiring health nuts and to inspire couch potatoes to get active, the latest crop of fitness gadgets will record much more than how many steps you took on any given day. From sleep patterns to calorie intake, mood and progress toward exercise goals, few aspects of life are left un-tracked for those in search for a more quantified self. (AP Photo/Richard Drew)
Photograph by Richard Drew — AP

Fitness trackers are not perfect. They tend to think people sleep more and walk less than they really do.

Wearable fitness trackers aren’t built to be medically accurate devices. Still, manufacturers constantly try to improve their accuracy, especially when it comes to the software in them.

Jawbone software VP Jeremiah Robinson says his company uses the huge amount of data and customer feedback it collects to tweak its computer algorithms in new devices so that they more accurately count steps. Last month, Fitbit said on its blog that it upgraded how it measures heart rate and the distance that cyclists travel.

But what if instead of simply crunching more data, software engineers trained their products the old-fashioned way, like a pet— with simple commands like “good tracker” or “bad tracker, that data’s wrong”?

Would “training” a fitness tracker to know better work?

Computer scientist Sohrab Saeb and his colleagues at Northwestern University decided to try just that. Saeb programmed smartphone tracking devices in the lab to learn when they were being cheated. He asked students to move in any way they could to fool the devices into thinking they were active.

Then Saeb played the role of snitch by telling the computer each time the students cheated. He noted when they shook their wrists and drew patterns in the air as part of their deception. Saeb trained the software on a flowchart-like system, telling the device software “this movement is cheating,” or “that movement is real.” After a few rounds of training, he found that the trackers got nearly 50% better. After 10 rounds, none of his students could trick the trackers. Results, published in PLOS ONE last month, report the trackers were 84% accurate after Saeb’s software training compared with 38% untrained.

Saeb went looking for a fix because he needed a more accurate tracker to get good data for his own mental health studies. But he says fitness tracking companies could try the same technique.

“They can for sure run such an experiment,” Saeb says. And they’d have access to many more participants than the 14 students Saeb used.

Big names in fitness tracking could certainly use the credibility boost. Fitbit’s been under fire for its new PurePulse heart rate monitoring technology, which is the subject of a lawsuit by customers who allege that the technology is inaccurate to the point it sometimes doesn’t register a heart rate at all. Meanwhile, shareholders have filed a class-action lawsuit over Fitbit’s alleged fraud and its impact on the company’s share price (FIT).

At the same time, The New York Times reports Jawbone is worth about half of what it was back in 2014.

Could Fitbit’s smartwatch be a total flop? Watch:

So maybe it’s time for a little workout. No, not for you, I meant your fitness tracker.