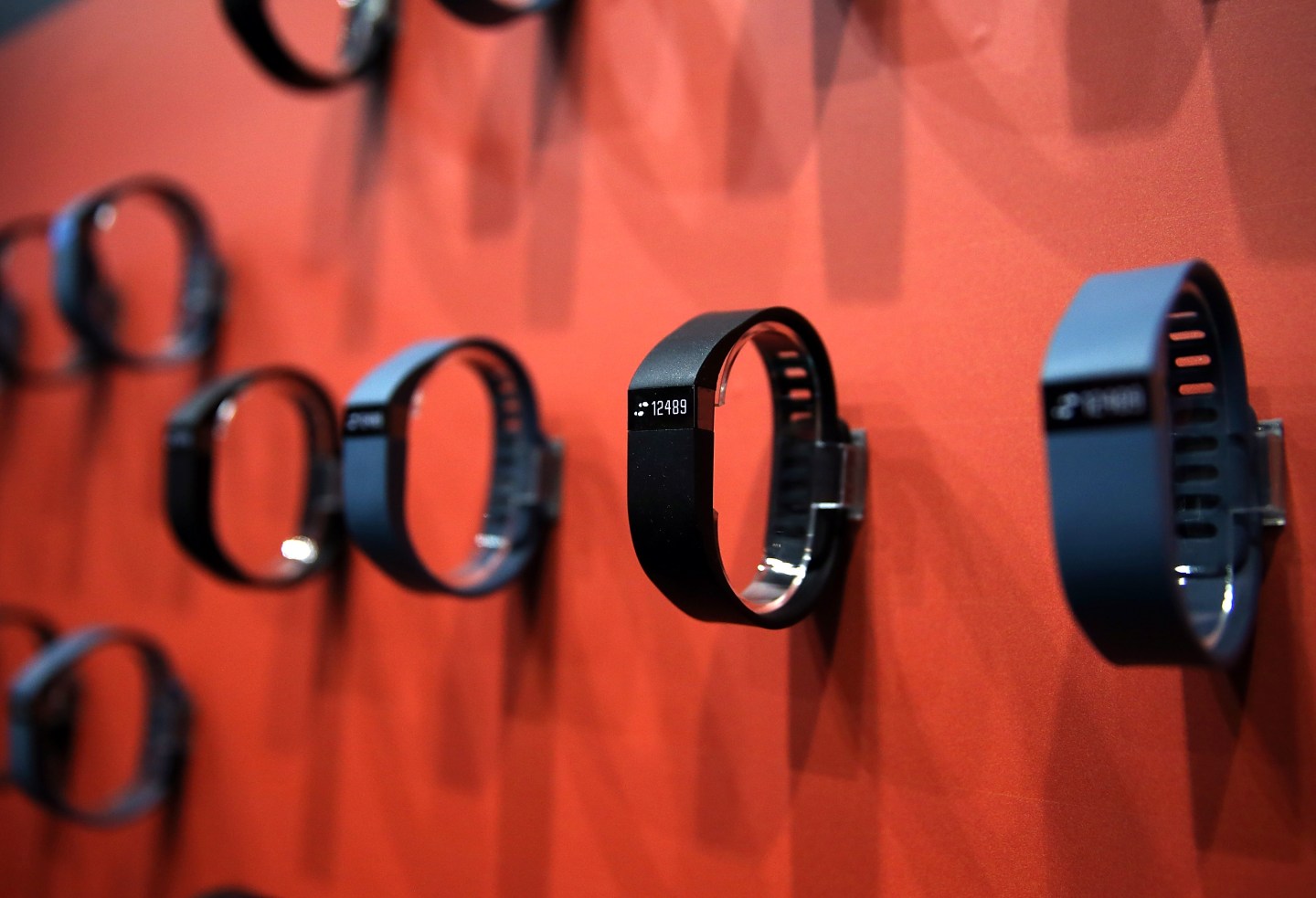 LAS VEGAS, NV - JANUARY 07: The Fitbit Force is displayed in the Fitbit booth at the 2014 International CES at the Las Vegas Convention Center on January 7, 2014 in Las Vegas, Nevada. CES, the world's largest annual consumer technology trade show, runs through January 10 and is expected to feature 3,200 exhibitors showing off their latest products and services to about 150,000 attendees. (Photo by Justin Sullivan/Getty Images)
Photograph by Justin Sullivan — Getty Images

This story has been updated to include a comment from Fitbit.

The study was conducted by researchers at California State Polytechnic University, Pomona on behalf of Lieff Cabraser Heimann & Bernstein, the law firm leading the charge against Fitbit (FIT) in a suit that claims Fitbit misled users. It involved 43 healthy adult participants doing various exercises such as jogging, stair climbing, and jumping rope while wearing Fitbit’s Surge watches and Charge HR bands. Participants’ Fitbit device-reported heart rates were then compared against an electrocardiogram (ECG).

According to the researchers, the Fitbit device’s results could be off by as much as 20 beats per minute during moderate-to-intense physical activity.

But Fitbit pushed back against the report in a statement emailed to Fortune, calling the study’s methodology “flawed” and “nothing more than an attempt to extract a payout from Fitbit.” The company also questioned researchers’ decision to use a BioHarness device to produce the ECG.

“[The study] was paid for by plaintiffs’ lawyers who are suing Fitbit, and was conducted with a consumer-grade electrocardiogram—not a true clinical device, as implied by the plaintiffs’ lawyers. Furthermore, there is no evidence the device used in the purported ‘study’ was tested for accuracy,” Fitbit wrote. The company went on to note that Consumer Reports independently tested the Charge HR’s and Surge’s heart rate tracking earlier this year and gave the products “excellent” ratings.

However, as CNBC notes, several other studies have also highlighted Fitbit’s heart rate monitors’ potential inaccuracies. Fitbit has insisted that its devices are for personal consumer health and fitness use and aren’t intended to be medical devices.

Lieff Cabraser hit back at Fitbit’s dismissal of the study. Responding to a Fortune request for comment, an attorney from the firm noted that the study’s authors explained that using a medical grade ECG with a dozen leads would be “highly impractical and unfeasible” given the wide range of exercises used in the experiment, and that the BioHarness device used instead had been previously calibrated.