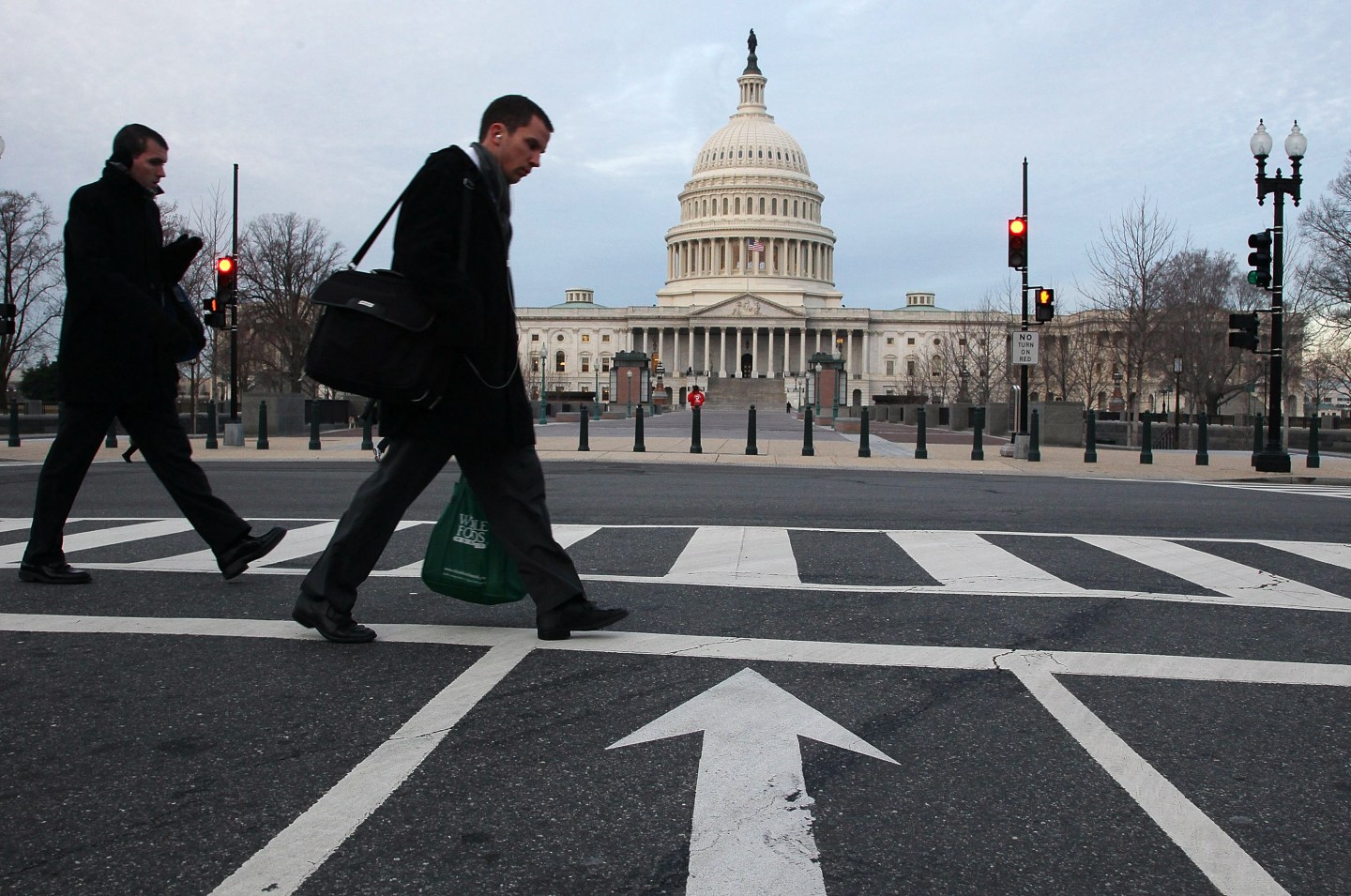 WASHINGTON, DC - JANUARY 04: A person walks past the U.S. Capitol building on the morning of January 4, 2011 in Washington, DC. The new 112th Congress is due to be sworn in on Wednesday January 5, with the House being lead by House Speaker elect John Boehner (R-OH). President Barack Obama's Healthcare reforms are expected to be a target for the Republicans, who now dominate the new House of Representatives with Democrats maintaining a small majority in the Senate. (Photo by Mark Wilson/Getty Images)
Photograph by Mark Wilson — Getty Images

(Reuters) – A U.S. Senate panel disclosed Thursday it is investigating pay TV competition and customer service issues and will call executives from top cable and satellite providers to testify.

The investigation comes as the U.S. cable and satellite TV industry ranks among the lowest in consumer surveys over billing and other practices.

Senators Rob Portman, an Ohio Republican who chairs a panel on investigations and Claire McCaskill, a Missouri Democrat, said in a statement Thursday that they will hold a June 23 hearing that will include testimony from Comcast (CMCSA), Charter Communications (CHTR), DirectTV, a unit of AT&T (T) and Dish Network.

The pair said in a joint statement the panel has been investigating the largest cable and satellite TV companies for more than a year, looking at potential barriers to competition in the industry, “including the difficulties faced by companies attempting to create innovative new television delivery models.”

The committee has also been examining billing, fees, refunds and other customer service issues.

“We believe our hearing will be a big step forward for consumers, allowing them to understand how their TV providers really work and make informed decisions about their video service,” the pair said.

Comcast declined to comment. Charter, which completed its acquisiton of Time Warner Cable and Bright House Networks in May, said in a statement “our overall customer satisfaction ratings are trending in the right direction. Call volume into our call centers is declining, as are service calls.”

The senators noted that a recent American Customer Satisfaction Index survey found pay television service ranked near the bottom of the 43 industries surveyed – a year after the pay-TV industry tied for the lowest score among all industries ranked.

For more about cable, watch:

The hearing follows a Federal Communications Commission proposal to allow consumers to swap pricey cable and other pay TV boxes for cheaper devices and apps, a change that would boost competition in the $20 billion television set-top box market.

The proposal would let customers get video services from providers like Alphabet (GOOGL), Apple (AAPL) and Tivo (TIVO). It set off a lobbying battle between tech companies eager to tap into the market and cable and TV companies which could lose billions of dollars in rental fees.

The FCC says 99% of U.S. customers now must get their boxes from their cable companies, and they pay on average $231 a year to lease the devices.