Why Tesla Has Been In Battery Talks With Samsung for Years 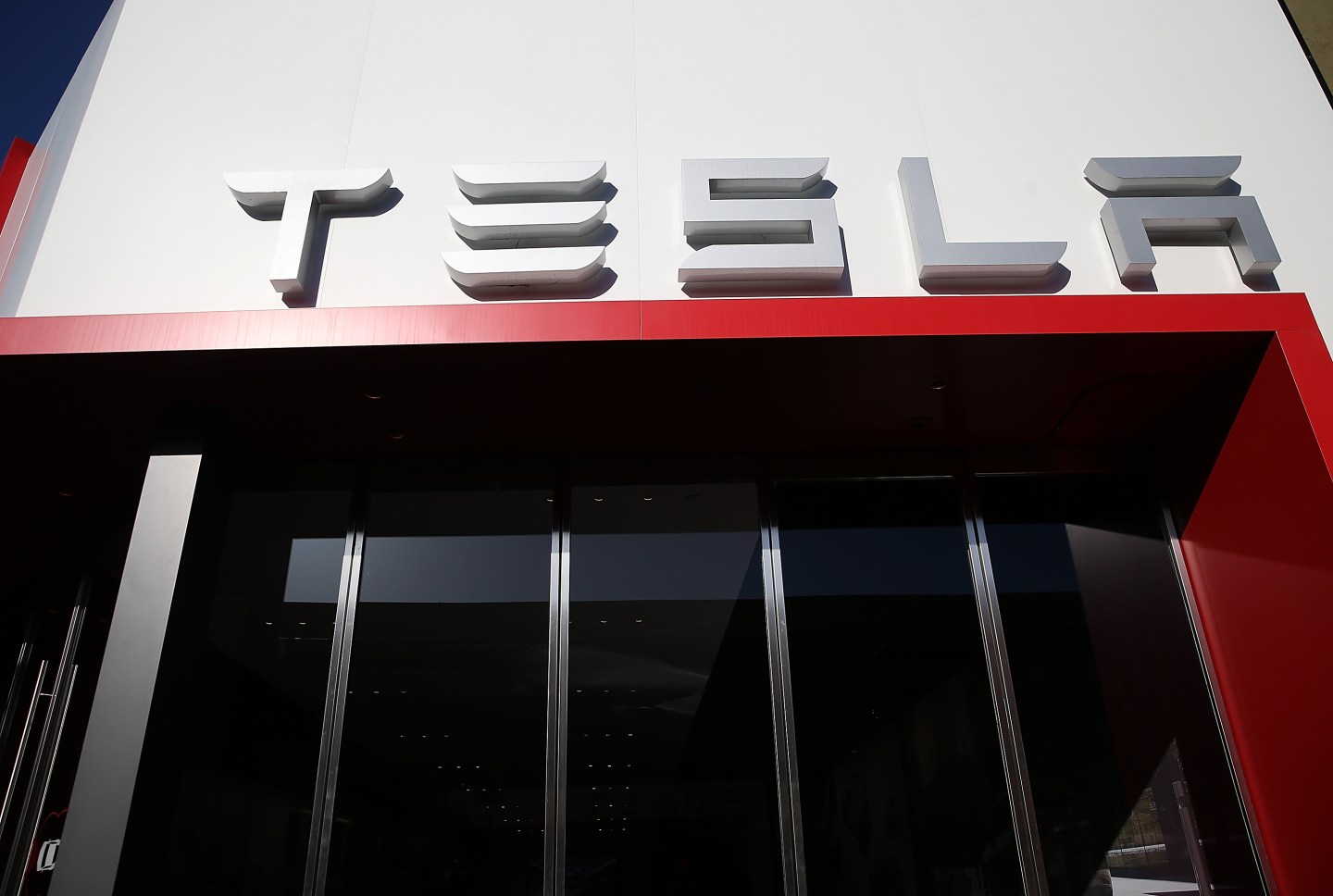 Why? Musk’s tweet denied a Reuters report that said that Tesla was in talks to add Samsung as a battery partner for the Model 3, Tesla’s upcoming $35,000 car. Such a deal would be bad news for Panasonic, which is currently the only company supplying Tesla with batteries for its electric cars.

However, Musk clarified in a follow-up tweet that Tesla could be considering working with Samsung as a battery partner for Tesla’s grid batteries, which plug into buildings or are paired with solar panels.

It’s not new for Tesla (TSLA) to talk to battery suppliers other than Panasonic, despite the Japanese giant’s importance to the upstart automaker’s future. Panasonic is Tesla’s core partner for its massive battery factory, dubbed the Gigafactory, under construction outside of Reno, Nev. Panasonic plans to spend $1.6 billion helping build the battery cell equipment in the factory.

But despite the close relationship with Panasonic, Tesla has actually been talking to Samsung for years about batteries. That same Reuters reporter wrote about battery discussions between Tesla and Samsung three years ago, and those earlier discussions were reportedly about the Model X, an electric SUV. That initial report was also confirmed by both Tesla and Samsung at the time. (Musk confirmed this week that Panasonic is providing batteries for the Model X, not Samsung).

To learn about why some suppliers think Tesla’s production ramp isn’t viable watch our video.

Tesla also previously worked with LG Chem, a battery division of South Korean electronics company LG, to procure batteries for its first electric car, the souped up Roadster sports car. After this first car, only of which a couple thousand were ever produced, Tesla started working with Panasonic as its main battery supplier for the Model S, the Model X, and now the Model 3.

Tesla’s deal with Panasonic is on one hand crucial for the small car company. It shares the huge cost of builing the Gigafactory, as well as enlists the help of a close to a century-year-old company that has spent decades researching and manufacturing lithium-ion batteries.

But having only one battery supplier and partner could also make Tesla vulnerable. That’s one of the reasons why Tesla wanted to build the Gigafactory in the first place, so the company could have more control over the production of the batteries that it wants and needs.

Tesla needs a huge amount of batteries. Its cars each use thousands of individual battery cells. As Tesla tries to increase its production to make 500,000 cars in just two years (from around 50,000 annually now) it will need ten times the batteries it uses today. The Gigafactory will supposedly double the world’s lithium-ion battery production when fully built.

Because the battery industry has been mostly dominated by only a handful of giant battery makers—largely in Japan, South Korea and China—the industry tightly controls the world’s battery supply chain. A young company like Tesla originally had a difficult time getting commitments for large battery orders for just tens of thousands of cars. It didn’t help that startups like Fisker Automotive, a now defunct car maker, has projected producing huge numbers of electric cars before flaming out a few years later.

As Tesla chief technology officer JB Straubel put it during the company’s recent shareholder’s meeting, building the Gigafactory is the company’s “chance to reinvent battery manufacturing.” Quite frankly, without the Gigafactory, Tesla would be unable to meet its aggressive (and many think not viable) plans to make so many cars so quickly.

If Tesla brought in Samsung SDI as a partner for its grid batteries, it would reduce its reliance solely on Panasonic’s batteries. But even discussing such a deal—or other deals over the years—probably gives Tesla leverage when getting the best battery deals possible from Panasonic and others. Apple works in similar ways with its suppliers.

A deal between Samsung and Tesla could also potentially focus on a different type of battery for the power grid, versus for the batteries needed for electric cars. The energy storing devices can be used in very different ways. When used with clean energy, grid batteries can sometimes supply longer duration power, say trickling for many hours, while an electric car usually requires a shorter period but stronger burst of power.

At the end of the day, if such a deal does happen between Samsung and Tesla, Panasonic might not have such a problem making peace with it. Not many people know this, but Panasonic actually sells its own grid batteries in certain markets, putting it in direct competition with Tesla.

Panasonic likely wants to grow this grid battery business, given its long history in the energy sector. Perhaps the companies have decided to draw a line in the sand there.

The relationship between Panasonic and Tesla is one of the most unusual and important in the tech industry. But at the end of the day the companies can’t rely on each other too much.