Panasonic is quietly selling grid batteries in the U.S. 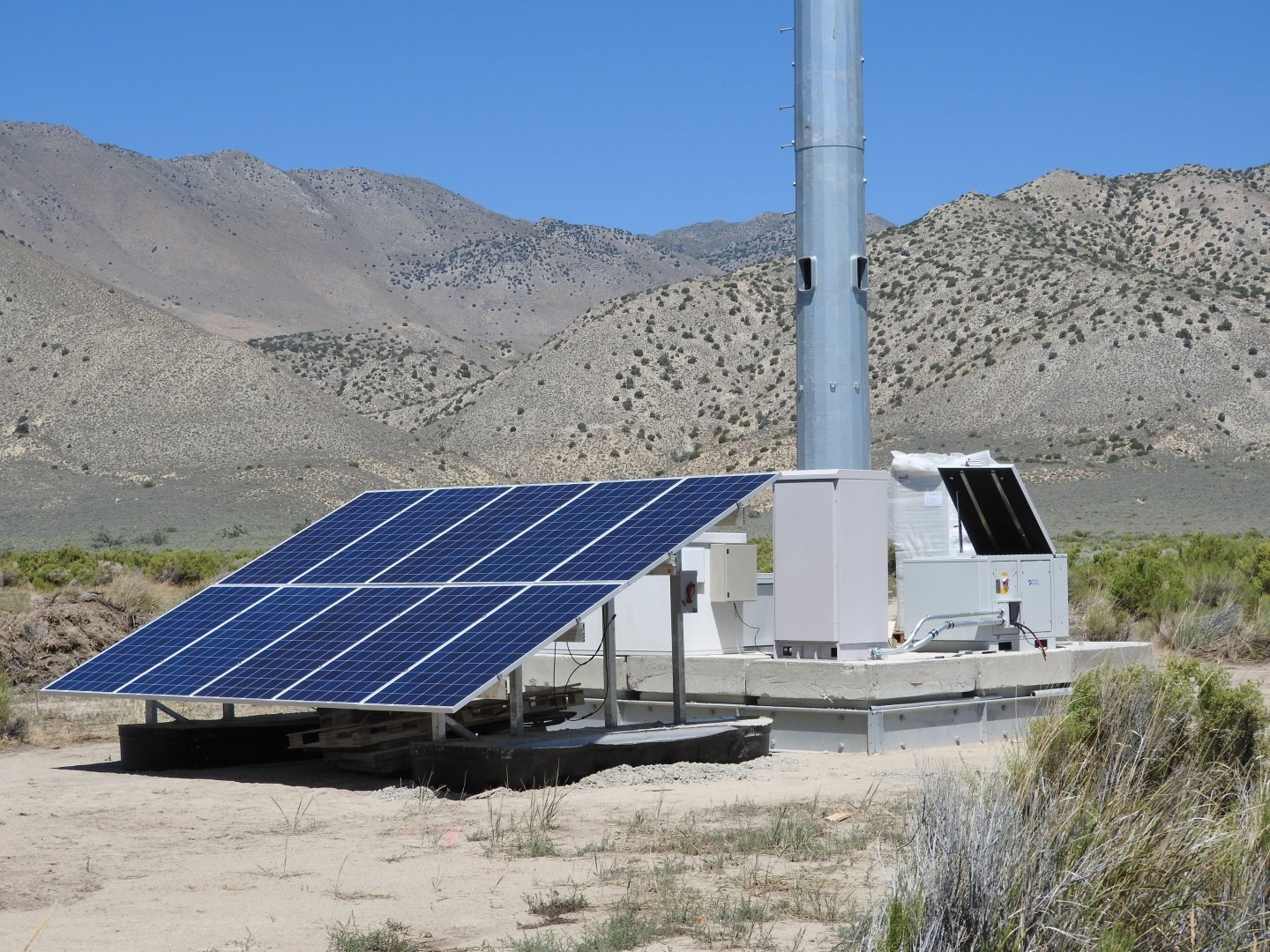 In a remote Nevada desert, a cell phone tower is operating largely from electricity generated by solar panels and stored in a collection of lithium-ion batteries. When the batteries are close to empty, a backup generator kicks in, but the ample sunshine in the baking desert means the generator is rarely used.

The gear was built by Japanese electronics giant Panasonic, and it’s one of two that rural wireless carrier Commnet Wireless is using to power isolated cell phone towers far from the power grid in Nevada. Panasonic is working with energy management partner PowerOasis on the wireless industry system, called Green Tower.

The technology is one of the first examples of Panasonic—through its North American division Panasonic Eco Solutions— selling grid energy storage technology in the U.S., outside of selling its batteries to U.S. partners like Tesla. And it might not be the last.

Jamie Evans, managing director of Panasonic Eco Solutions, tells Fortune that Panasonic is “exploring” and “considering” other ways to directly sell grid energy storage in North America. That could include battery banks connected to the power grid, enabling utilities to better manage electricity supply and demand, or paired with solar projects to enable the use of solar energy at night.

But the Green Tower tech is the only one Panasonic has “launched and is actively pursuing in the U.S.” says Evans.

Panasonic is a massive electronics company that makes and sells batteries worldwide. In addition, Panasonic works with partners like Tesla that use batteries for their businesses.

The various arms and business models mean Panasonic can sometimes be a partner and supplier to a company like Tesla, while also being a competitor. Its partner relationships can be complicated.

For years, Panasonic has been providing batteries for Tesla’s electric cars, enabling Panasonic to become the leading electric car battery supplier in the nascent electric car market. Tesla and Panasonic have also agreed to be key partners when it comes to building Tesla’s large battery factory, known as the Gigafactory, just outside of Reno, Nev.

But both Panasonic and Tesla are increasingly interested in selling battery systems to utilities, commercial building owners and homeowners. Tesla CEO Elon Musk has said that his company, which unveiled its grid battery products in May, has seen high demand.

The rise of the market has attracted big companies and startups alike. Venture capital-backed tech companies like Stem and Advanced Microgrid Solutions have introduced energy storage businesses that are growing quickly. Meanwhile, older companies like GE (GE) have created their own energy storage divisions, and have been actively signing new deals with utilities.

Panasonic Eco Solutions is Panasonic’s North American arm that focuses on selling clean energy products and services to businesses and utilities. Over the past five years, the division has largely focused on building and operating solar panel farms, but it is now looking to expand. While the division is tiny compared to the rest of the company, Evans describes the group as “entrepreneurial-minded” and “growing rapidly.”

Panasonic already sells a battery system for homes in its own domestic market, Japan. A home owner can power most of their home’s energy use just from the solar energy generated by the panel and stored in the battery.

Europe and Australia are also potential new markets for Panasonic’s grid batteries. A couple of months ago, Panasonic announced a new deal to test its home battery systems with utilities in Australia. And recently Bloomberg reported that Panasonic plans to sell its home batteries in Europe, first in Germany, and then moving into France and the U.K.

Tesla, too, has been interested in selling its home batteries to customers in Germany because of the large amount of solar in the country. Indeed, German company Sonnenbatterie has already sold thousands of battery systems to customers there using lithium-ion batteries from Sony.

The market for energy storage is still young, and is just starting to grow. There will be room for many companies and many kinds of technology.

As the market grows, it will also help companies determine what part of energy storage is the most valuable. Is it the core chemistry inside the battery? Is it the cooling or power management systems that maintain the batteries? Is it the algorithms that automatically decide to charge and discharge the batteries when needed? Or is it the design of the battery packs?

All of the above will be important in different ways for different uses. But as the market matures, these answers will help companies figure out how best to get into the energy storage market.

To learn more about grid batteries watch this Fortune video: