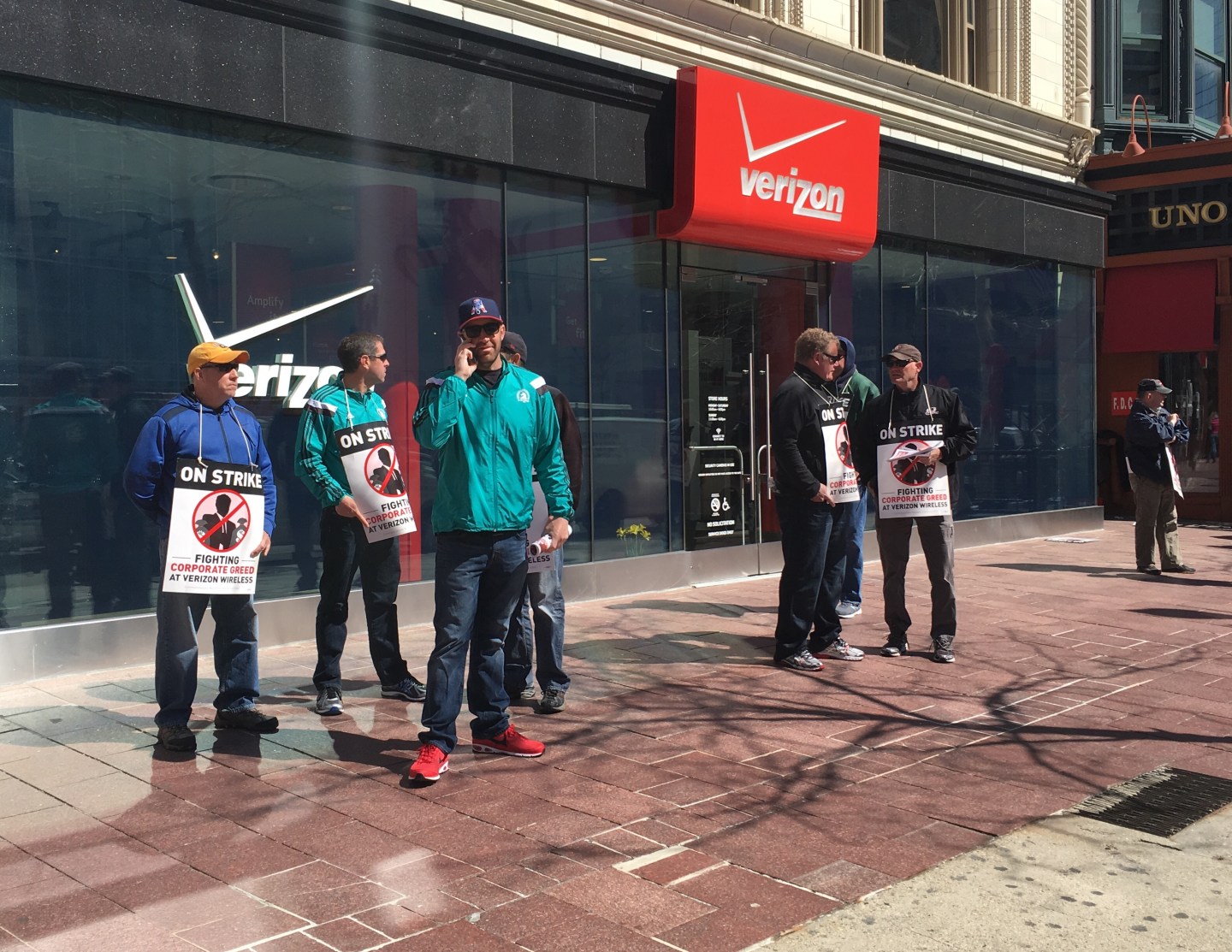 Verizon Communications settled with almost 40,000 striking workers on Friday afternoon, reaching a tentative agreement to end the walk out after seven weeks and sending Verizon’s share price up 1% over the next few days.

But the biggest stock market impact from the end of the strike wasn’t on shares of Verizon, which remain 2% below where they stood when the strike started on April 13 (the S&P 500 Index has gained 1% since the strike began). Instead, one of the company’s top suppliers saw the bigger impact.

Most of the strikers worked servicing and installing Verizon’s wired telephone and newer FiOS Internet and cable TV services. The company added thousands of non-union replacement workers during the strike in an effort to keep up with demand.

But the fill-ins, many of whom came from the ranks of office workers and management, weren’t as adept at shimmying up telephone poles and wiring new set top boxes. After initially saying they expected no financial impact from the strike, Verizon executives last month admitted that in fact new installations would be lower than expected.

Installations and new orders of FiOS service “significantly dropped” in the second quarter, CFO Fran Shammo said on May 19 at the MoffettNathanson investor conference in New York. On a net basis, Verizon might lose Internet or cable TV customers in the quarter, he said. CEO Lowell McAdam repeated the gloomy forecast a week later.

The slowdown in installations hurt the stock of one of Verizon’s biggest suppliers, telecom equipment maker Ciena. Its shares were down 9% immediately after Shammo’s comments since the beginning of the strike in April.

But the end of the strike, along with the news that striking workers would head back on the job today instead of waiting for the ratification vote, have sent Ciena (CIEN) shares up more than 3% since Friday. Along with an earlier modest recovery since Shammo spoke, that puts the stock price almost exactly at the closing price the day before the strike started.

Verizon (VZ) installers getting back to work is “good news that has been likely trickling its way slowly into the stock in the past few trading sessions,” Dmitry Netis, an analyst who follows Ciena, wrote in a report on Tuesday

Good news that’s been even better for Ciena investors than for those who favor Verizon’s shares.

For more on the Verizon strike, watch: