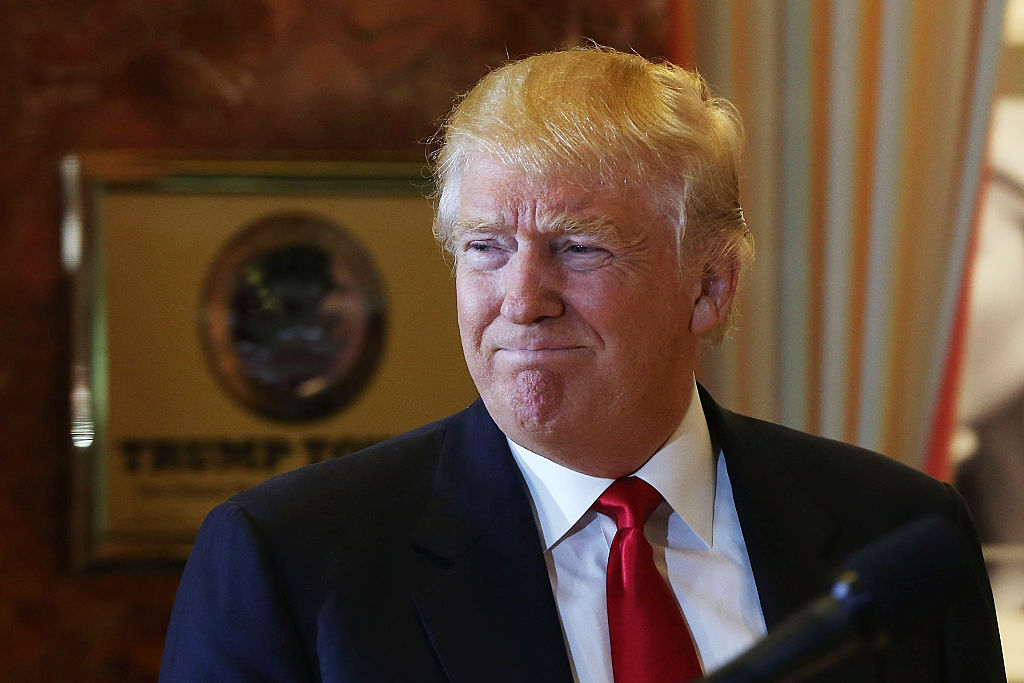 Just how complete is Donald Trump’s victory over the Republican Party?

Complete enough that less than a week since he officially clinched the GOP nomination last Thursday (call it DT-Day), those holdouts still refusing to accede to his takeover are an increasingly endangered bunch.

Complete enough that Bill Kristol, a de facto leader of the #NeverTrump campaign, now sounds less like the organizer of a significant breakaway movement and more like one of those Japanese soldiers in the South Pacific who fought on after the nation’s World War II surrender. The Weekly Standard editor is still pledging to field an independent candidate, tweeting on Sunday that “an impressive one, with a strong team and a real chance” would soon join the race.

But Mitt Romney, who’s resisted calls from Kristol and company to mount such a bid, signaled in a Wall Street Journal interview that he’s more resigned. The 2012 nominee remains steadfastly anti-Trump and said he believes “our first priority should be to stand by our principles and if those are in conflict with the nominee, the principles come first.” Yet his motivation in speaking out, he said, is to demonstrate as much to his grandkids — rather than, say, to effect the party’s decision or lay the groundwork to challenge it.

Republican politicians focused less on posterity than their own futures in elected office have found it easier to come around. It’s no accident, for example, that Marco Rubio embraced Trump last week just as he opened the door to returning to public life. The Florida senator has struggled since to explain how he’d be “honored” to help elect a figure he only recently described as a “con man” and “lunatic” who is “wholly unprepared to be president.”

But other leading Republicans have helped clear Rubio’s path. Former Texas Gov. Rick Perry, having called Trump a “cancer on conservatism” last year, now says he’d serve as his vice president. Even South Carolina Sen. Lindsey Graham, who spent the better part the primaries moonlighting as Trump’s most florid conservative critic, at one point blasting the billionaire as a “race-baiting, xenophobic religious bigot,” has been warming to him recently. Indeed, Rubio, one of the only other Trump rivals to serve the candidate some of his own insult-based medicine, revealed this weekend that he’s since apologized privately for hitting Trump below the belt, so to speak.

The presumptive GOP nominee himself hasn’t exactly been making it easy. Apologies aren’t in Trump’s lexicon. And instead of smoothing over some of the intra-party feuds he’s launched over the last year, he’s refueling them. At a Tuesday press conference dominated by his sparring with the media, Trump also confirmed he’ll continue to be as combative as ever with Republicans who disparage him. Why should he ease up, he argued, when he hasn’t had to adjust his attitude at all so far to win over most of his former critics? “The real story is how fast we’re getting together,” he said, in response to a call by veteran GOP moneyman Fred Malek for Trump to quit attacking Republicans. “If I have a Republican that’s not on my side, why should I be particularly nice to that person?” With specific regard to his ongoing fight with New Mexico Gov. Susana Martinez, a rising star in the party, Trump said, “She wasn’t nice, and you think I’m going to change? I’m not changing, including with her.”

At least in Trump’s universe, his logic is unassailable. If every interaction is a negotiation, only a fool volunteers leverage the other side hasn’t demanded. And so far, many of the leading Republican lights Trump trounced have proved happy to compound their own humiliation by prostrating themselves before him.

House Speaker Paul Ryan remains his most prominent resister. By all accounts, Trump offends Ryan to his core. Yet like others before him, Ryan appears to be lurching toward a reluctant endorsement out of a sense of political necessity.

In that sense, Trump personifies the force that’s kept the party off-balance since the beginning of the Obama era. Rather than confront those in their ranks making increasingly unreasonable demands of their elected representatives, GOP leaders capitulated, promising ever-more dramatic rollbacks of Democratic policies. But their consistent failure to deliver has fed a loop of anger and disappointment among voters that found its perfect expression in Trump’s burn-it-all-down candidacy. Perhaps no surprise, then, that it’s too late for a principled, widely subscribed rebellion from within the party. The last thing for Trump is to stub out what remains of the resistance, a project many of his would-be detractors are completing for him.