Dear Washington: This Is What American Voters Are Trying to Tell You 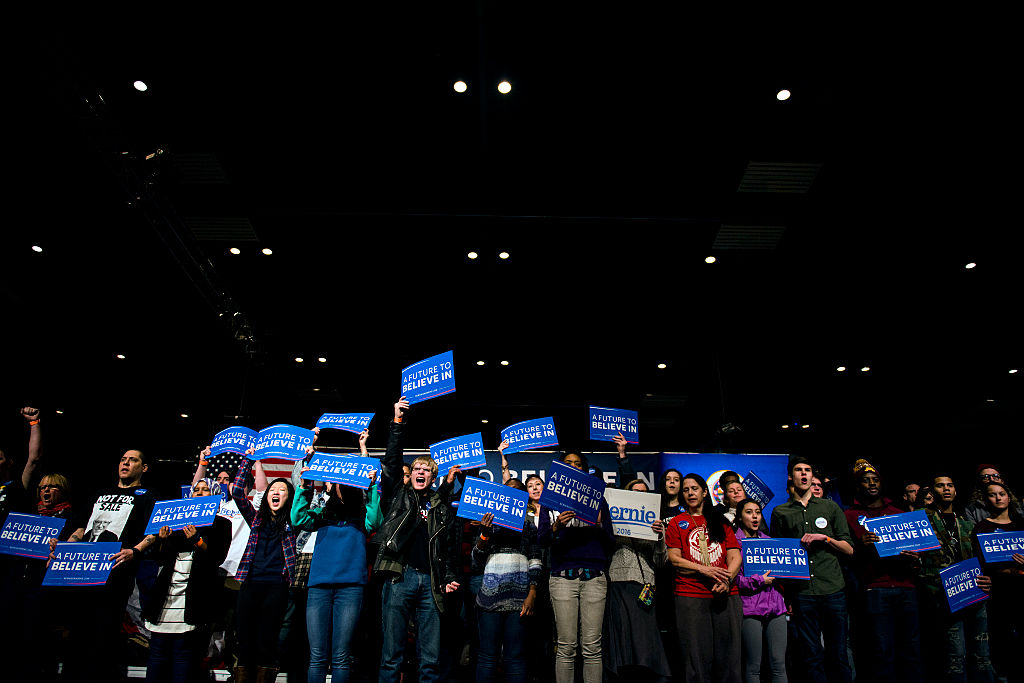 If the presidential primary season has made anything clear, it’s that many American voters are concerned about the power that multinational corporations exert over the government, to the detriment of U.S. jobs and wages.

This kind of political backlash isn’t new. In fact, one of the sparks that ignited the American revolution was in response to the British crown’s support of a large multinational over the economic interests of American colonists.

On the night of December 16, 1773, colonists boarded three ships in the Boston harbor and threw overboard trunks that belonged to the multinational East India Tea Company.

Now, many of us were taught that the Boston tea party was a tax protest. But the colonists were protesting job losses. Several months before the incident, in fact, the British government had actually lowered the tax on tea.

Along with the tax cut, in an attempt to bail out the failing East India Tea Company, Britain gave the firm monopoly rights to sell its tea directly to American colonists. As a result, the settlers who acted as middle-men selling the tea from the company to their fellow countrymen stood to lose an important source of income. So, the Boston Tea Party was a protest against government favoritism toward big companies that harmed small business and workers.

Such sentiment was recently echoed by the CEO of the Independent Community Bankers of America. Camden Fine told CNBC that comments by JP Morgan CEO Jamie Dimon on the economy and regulation “reflect Wall Street’s inability to take responsibility for the economic crisis it caused and the taxpayer-funded guarantee against failure it continues to enjoy…. The nation’s financial and economic stability should not be at the mercy of a few large financial institutions.”

A recent series of Pew Surveys paint a picture of voters’ concerns this election season:

While the government bailed out Wall Street, it has failed to provide a backstop to help average Americans recover. “Americans are sick and tired of the playing field not being level,” Tom Perez, U.S. Labor Secretary, said last Friday.

But although voters want government to act, jobs increasingly are not coming from government, but from companies, where job tenure is unstable. Furthermore, the new jobs that have been created post Recession have been predominately low paying. And over the last forty years, large corporations have nearly eliminated the safety nets that workers used to count on from them, including implicit promises of long term employment and secure pensions.

Many of the problems in the economy and job markets we see today are a direct result of large corporate failures to invest in the future and create long-term value for all stakeholders, including employees and the public in general.

Andrew Hill at the Financial Times wrote about the malaise last week: “Executive recklessness: still untamed. Executive enterprise: often smothered. Executive pay: unchecked. Scandals and failures: recurrent. Sickly corporate cultures: unaltered. Complex operations: unmonitored. Trust in business: fragile.” Hill suggests that companies may need to fire corporate board members “to force investors to do their jobs.” To be sure, just as boards have failed, so too have investors.

But formalized corporate governance is designed to be executed by boards, investors, and government on behalf of the public good, and the active efforts of all three are required. Labor is weak. (One third of inequality is due to lack of union density, Perez says, and the labor market still has slack.) People are afraid to lose their jobs, which stymies many workers from speaking out. And retail investors aren’t used to using their powers. So rather than seek to influence the places where they work or own shares, people look to influence the course of the economy, education, and jobs as voters.

There is historical precedent for a different relationship between the U.S. government and corporations. At the time of the American revolution, to form a corporation required a charter from the government, Jonathan Levy, a professor of history at the University of Chicago, told me. “And there was a quid pro quo.” You had to perform a public service (like a church or a university).

Jane Anne Morris, a corporate anthropologist, has documented the Wisconsin state laws that gave the state the power to revoke a corporate charter. Legislators wanted to constrain corporate power, which they associated with the monarchy and the monopolies that the revolutionaries had been fighting against, Levy told me.

But during the 1800s, the way that corporations were formed changed. Rather than legislatures controlling corporate charters, most citizens could set up a corporation by showing the business had a lawful purpose, Levy says, which didn’t mean corporations were supposed to maximize profits at all cost, a more recent notion. Given how far the pendulum has swung, Levy believes it’s time to reassess what we accomplished by removing the public purpose requirement and making the corporate structure so easy to access and maintain.

A majority of U.S. citizens no longer believes that capitalism benefits them. To solve the problem, we need to take two steps. One is to increase corporate director and investor awareness of the privileges society bestows on corporations and the rights of society to change the terms of that contract. We need boards and investors to go beyond shared value to financial fluency in something I wrote about 15 years ago: valuing a corporation based on the stakeholder value the company creates.

The second step is to begin a dialogue on how to reduce the need for legislation on every aspect of business life and instead implement regular independent reviews of large companies to identify the ones that pose risks that are not overwhelmingly balanced out by the public benefits they provide. When a review begins, all trading in the stock would be halted. And if the corporation failed to measure up—because of problems like unfair labor practices, environmental damage, unsavory tax practices—and rehabilitation failed, the government would place the company in “moral bankruptcy.” In that case, the company management, board, and shareholders would be removed (with clawbacks of paid bonuses and no additional value conveyed to them). If a unique public purpose for the corporation could be found, those who have a track record of acting as stewards for the public good could be installed as the company’s new leaders.

Clearly, given the general level of discontent, it’s time for us to be bold. We need to ensure that our government and corporations work to benefit all of us.