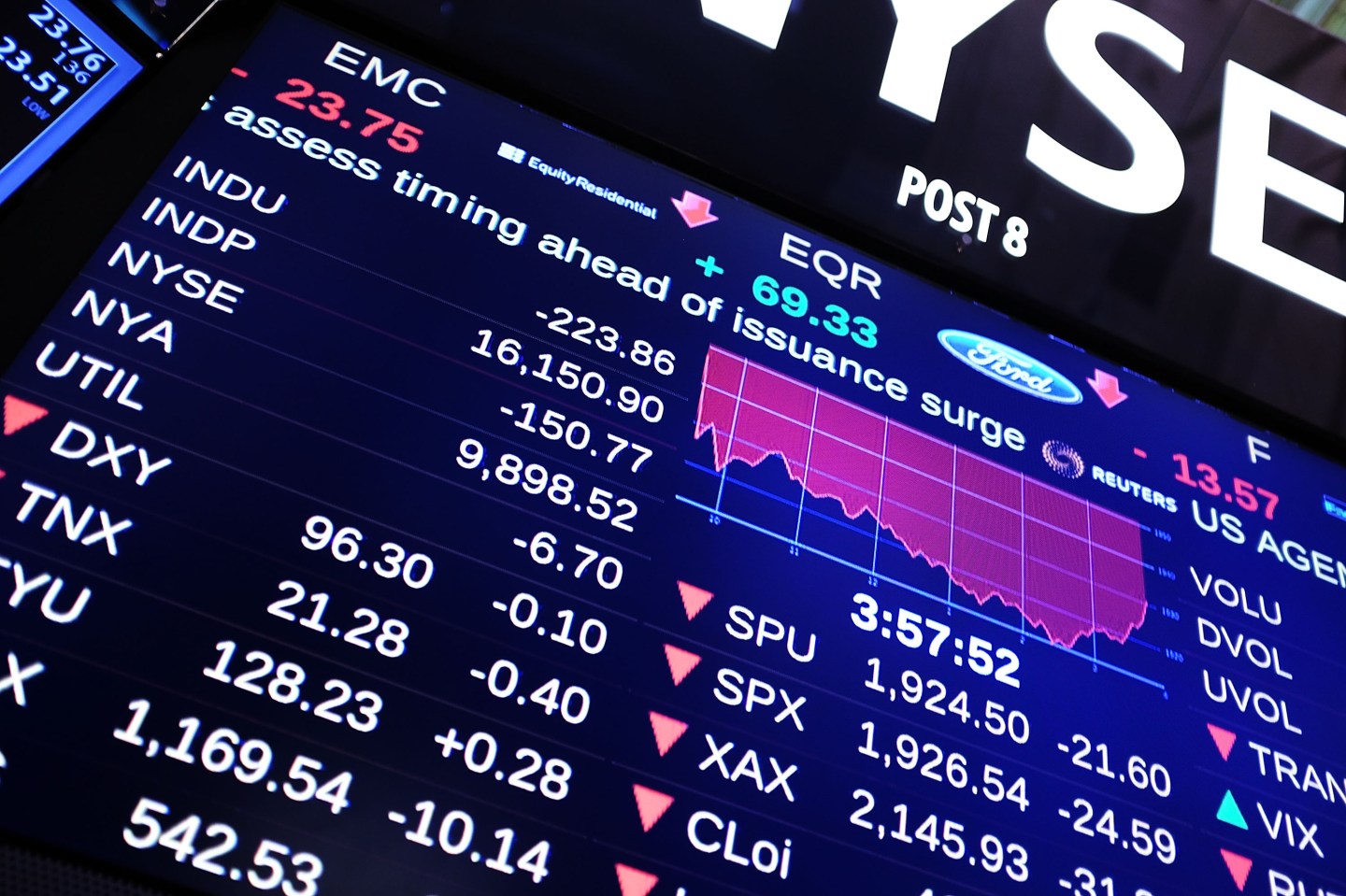 NEW YORK, NY - SEPTEMBER 04: A screen is viewed on the floor of the New York Stock Exchange (NYSE) on September 4, 2015 in New York City. The Dow Jones industrial average finished the day down over 250 points, furthering losses for the week. (Photo by Spencer Platt/Getty Images)
Photograph by Spencer Platt — Getty Images

‘The business of America’ may be business but a new YouGov poll for the Legatum Institute shows that Americans aren’t terribly fond of the financial system that is the backbone of our society.

Out of 1,000 Americans polled, 55% believe that in a capitalistic system the rich get richer and the poor get poorer. Around 64% surveyed in the UK and 77% of Germans believe the same. Additionally, only 49% of Americans believe that free enterprise is better at lifting people out of poverty than the government, compared with 39% of Britons and 40% of Germans.

The news for business keeps getting worse in the poll. Only 30% of Americans think that what is good for business is good for society generally, and 65% of Americans think that most of the world’s biggest businesses have taken unethical actions like dodging taxes; that view is widely shared by people in the survey, which was conducted in September.

There is an almost universal belief that the world’s biggest businesses have cheated and polluted their way to success – with barely ten per cent of respondents in all seven countries surveyed thinking big businesses are ‘clean’.

It is an interesting time for American capitalism: Even as big financial institutions continue to rebound from the depths of the Great Recession, there is a growing unhappiness with the wealth gap, whether real or perceived. Democratic presidential candidate Bernie Sanders has made strides at promoting his democratic-socialist message, and even some Republicans are railing against “crony capitalism.” (Sanders’ campaign didn’t respond to a request for comment on the YouGov poll.)

Though these numbers aren’t great, Tim Kane, an economist at the conservative-leaning Hoover Institute, said that economic confidence tends to be based on the business cycle. He cited this survey as confirmation that “the economy is on the wrong track,” something that various polls of Americans also reflect.

Kane also drew attention to one of the other questions in the poll, where a majority of those polled said that poverty and unemployment was a bigger problem than inequality and the presence of some super rich individuals. This answer “reaffirmed his faith” in the public, he said. “As long as everyone is doing well, inequality is really a silly measure.”