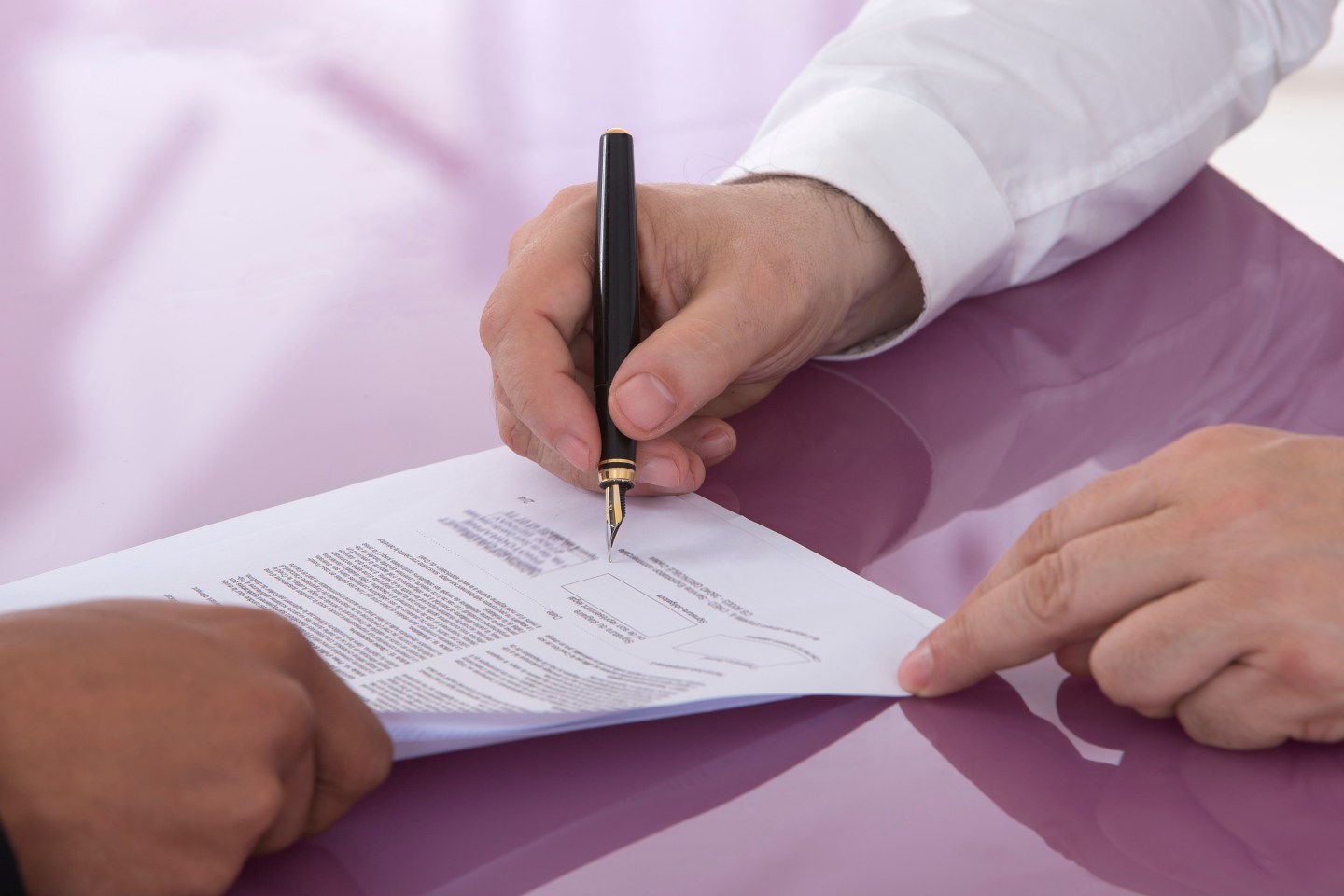 Not so fun fact: Did you know that 47 out of 50 states have non-compete provisions on the books? Some experts say this is a very bad thing.

To back up, non-compete agreements are used by employers to try to ensure that workers cannot go to work for a direct competitor for a year (or two or three), after resigning or being terminated.

Prospective employees in high-tech often have to sign these agreements as a condition of employment. As of now, every state except Oklahoma, California, and North Dakota has non-compete provisions in some form. Even California appears to have some restrictions related to trade secrets, according to a survey by Boston law firm Beck Reed Riden.

These broad agreements are bad not only for individual workers who can’t freely navigate the job market, but for the economies of those states generally, according to Brookings Institution senior fellow Mark Muro who wrote about the issue in the Wall Street Journal this week.

The good news for this camp is that Massachusetts may well limit the span and scope of non-compete agreements in the not-too-distant future.

Legislation now in process in the Bay State that would exempt hourly employees, interns, and people under the age of 18 from non-competes. That some companies would try to enforce non-competes for that last class of employees may have been the straw that broke the camel’s back. Should McDonald’s really be able to keep a server from moving to Burger King?

The new legislation would also cap non-compete agreements for senior people at one year. Another provision would require employers to pay workers half their salary if a non-compete prevents those people from working. That item may complicate passage. But critics take heart in the fact that Massachusetts house speaker Robert DeLeo has come around on non-competes and is backing the new measure.

The debate has been superheated in Massachusetts in particular because critics hold that the very existence of non-competes spurred the departure of the best-and-brightest technologists and venture capitalists to Silicon Valley. As noted, California does not enforce non-compete agreements. This camp holds non-competes partly responsible for the decline of the formerly hot Route 128 technology belt.

But the movement to end or limit non-competes is not limited to one geography. Connecticut legislators just passed a bill circumscribing non-competes for physicians, for example. And, earlier this month, The White House weighed in with a report based on Treasury Department data that leveled against the broad use of non-competes.

…Non-competes that stifle mobility of workers who can disseminate knowledge and ideas to new startups or companies moving to a region can limit the process that leads to agglomeration economies. Overly broad non-compete provisions could prevent potential entrepreneurs from starting new businesses in similar sectors to their current employer, even if they relocate.

Those words must have been music to Muro’s ears.

“Over time more entrepreneurs and groups are questioning the status quo and it may have to do with companies, along with entrepreneurs, increasingly realizing that the flow of of ideas is more important than keeping people,” Muro told Fortune. “In practice, the Silicon Valley model, with its free-wheeling atmosphere, has become the ideal.”

…They are a threat to the worker mobility by which ideas spread in urban tech ecosystems. Knowledge “spillovers,” after all, are everything in modern tech scenes. In fact, the free and vibrant movement of knowledge through urban industry clusters and start-up ecosystems resides close to the core purpose of cities as centers of economic progress.

Non-compete proponents, which have included companies like EMC (EMC), have held that these agreements protect their investment in recruiting and training top employees. If Acme Widgets spends time and money bringing Joe Schmo up to speed on state-of-the-art widgets and Mr. Schmo decamps in a year or two to a rival, Acme might worry—not only about that money spent, but that Schmo took valuable trade secrets and customer lists with him to a competitor. Hence the desirability of an agreement which would force Schmo to wait a year (or three) after resigning to join a rival.

An EMC spokesperson would not comment on whether EMC supports the proposed Massachusetts legislation.

He expects there is growing agreement among all parties that prospective employees should be given time to review (and have their attorneys review) any non-compete pact before signing it and that hourly workers should be exempt. There’s no way Camp counselors or sandwich shop workers should be precluded from changing jobs, is the general consensus.

For more about Silicon Valley, watch:

To play devil’s advocate to the never non-compete forces, the friction-free Silicon Valley model has its own drawbacks. Critics say that freewheeling culture, where star programmers jump ship at the drop of a hat has driven up the costs of top talent and contributes to the creation of a succession of tech bubbles with all the good—and bad—that they entail.

Note: This story was updated at 11:38 a.m. EDT with attorney comments and to reflect that non-competes can pertain to employees who resign or are terminated.