Senators: Jimmy John’s workers should not have to sign non-competes 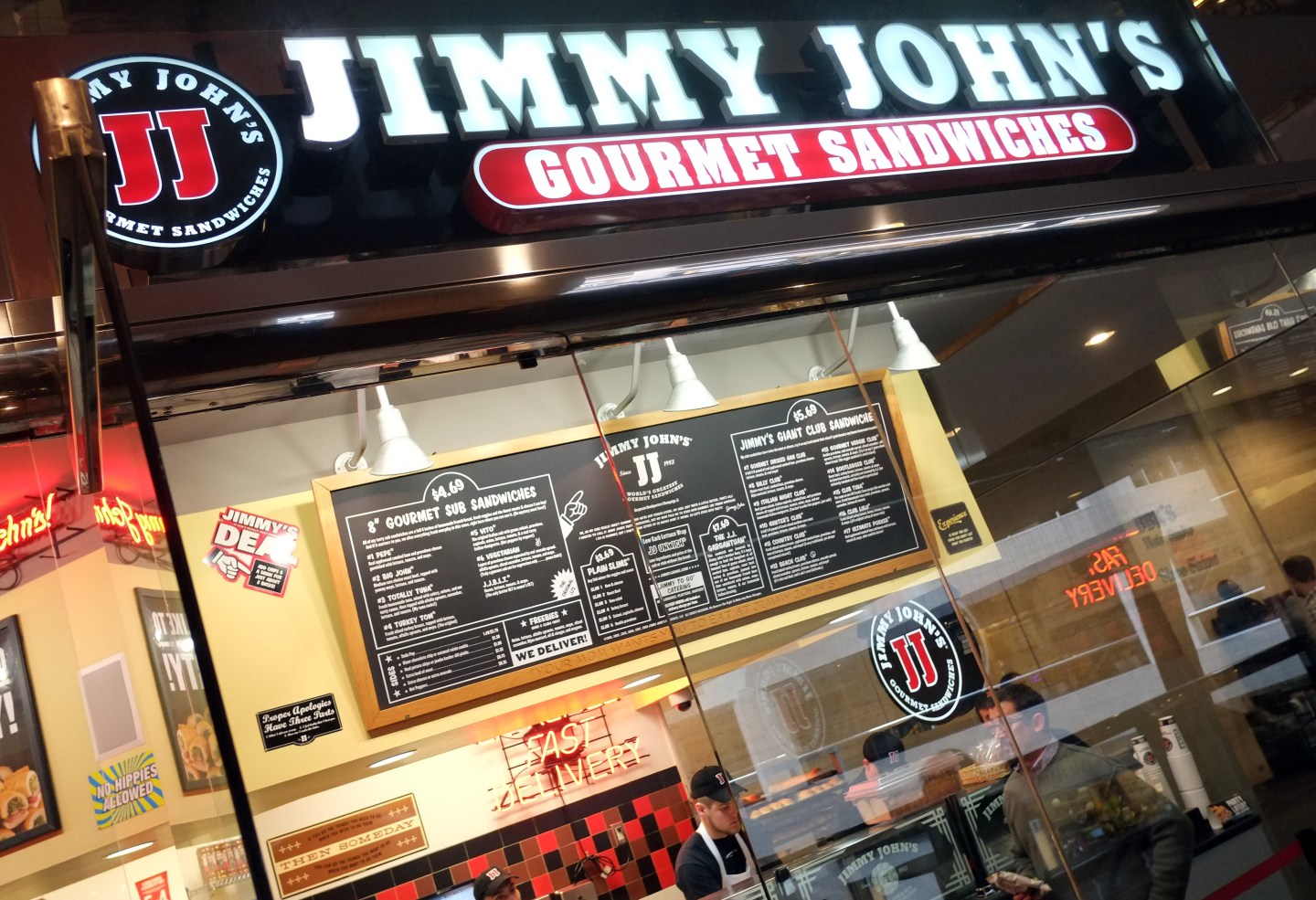 Feb. 23, 2013 - Minneapolis, MN, U.S. - Jimmy John's Signage. ] TOM WALLACE Â¥ twallace@startribune.com _ Assignments #20027783A_ February 23, 2013_ SLUG: 355643 RN022813_ EXTRA INFORMATION: Minneapolis eats, with a variety of food, settings, and people using the skyway eateries to get them through the lunch hours. People: Jeff Burstein, owner of the classic Brothers Deli, 6th and Nicollet Places: One Two Three Sushi in the IDS Center (7th St. side), where they have a design-your-own sushi line. food: a stack of the beautiful ''Oreos'' or the pretty cupcakes at Cocoa & Fig, Grilled vegetable sandwich or lamb wrap at Good to Go, US Bank Place. Places: The Burger Place in US Bank Place enjoys their new space and the burger keep them coming back. My Burger workers keep the burger flying off the grill, Signage from the The Zen Box, Potbelly, Cool Cups, The Yogurt Lab and Jimmy Johns. (Credit Image: © Tom Wallace/Minneapolis Star Tribune/ZUMA Wire)
Tom Wallace—ZUMAPRESS.com

The person making your sandwich should be able to find a new job whenever and wherever he likes.

That sentiment is at the heart of a bill introduced Wednesday by two Senate Democrats, who are seeking a ban on non-compete agreements for low-wage workers.

Non-competes are usually reserved for white collar employees who have access to extensive training, trade secrets, or client databases and could, in theory, take that knowledge to a competitor company. But in recent years, the agreements have popped up in low-wage fields. Sandwich chain Jimmy John’s notably requires some of their restaurant workers and delivery drivers to sign covenants that prohibit them from working for a competitor—defined by Jimmy Johns’s as any business that’s near a Jimmy John’s location and derives 10% of its revenue from sandwiches—for two years following their tenure at the company.

The Mobility and Opportunity for Vulnerable Employees (MOVE) Act, sponsored by Senator Chris Murphy from Connecticut and Senator Al Franken from Minnesota, will prohibit the use of non-compete agreements for employees earning less than $15 per hour, $31,200 per year, or the minimum wage in the employee’s municipality. The legislation will also require employers to tell prospective employees that they may be asked to sign such an agreement. The bill will let “workers currently stuck in low-wage positions [seek] higher-paying jobs without having to fear that their current employer will take legal action against them,” according to the senators’ statement, which specifically cited Jimmy John’s noncompetes.

In October, Democrats in the House of Representatives sent a letter to the Labor Department and Federal Trade Commission asking for an investigation of Jimmy John’s non-compete agreements to determine if the covenants were “anti-competitive and intimidating to workers.” Jimmy John’s did not immediately return a request for comment.

Non-competes in low-wage industries that dissuade workers from seeking better, higher-paying jobs within the same industry are “unfair,” the senators said in their statement, and stifle low-wage workers’ ability to climb out of poverty.