Uber and Lyft Have a Powerful New Enemy in Washington 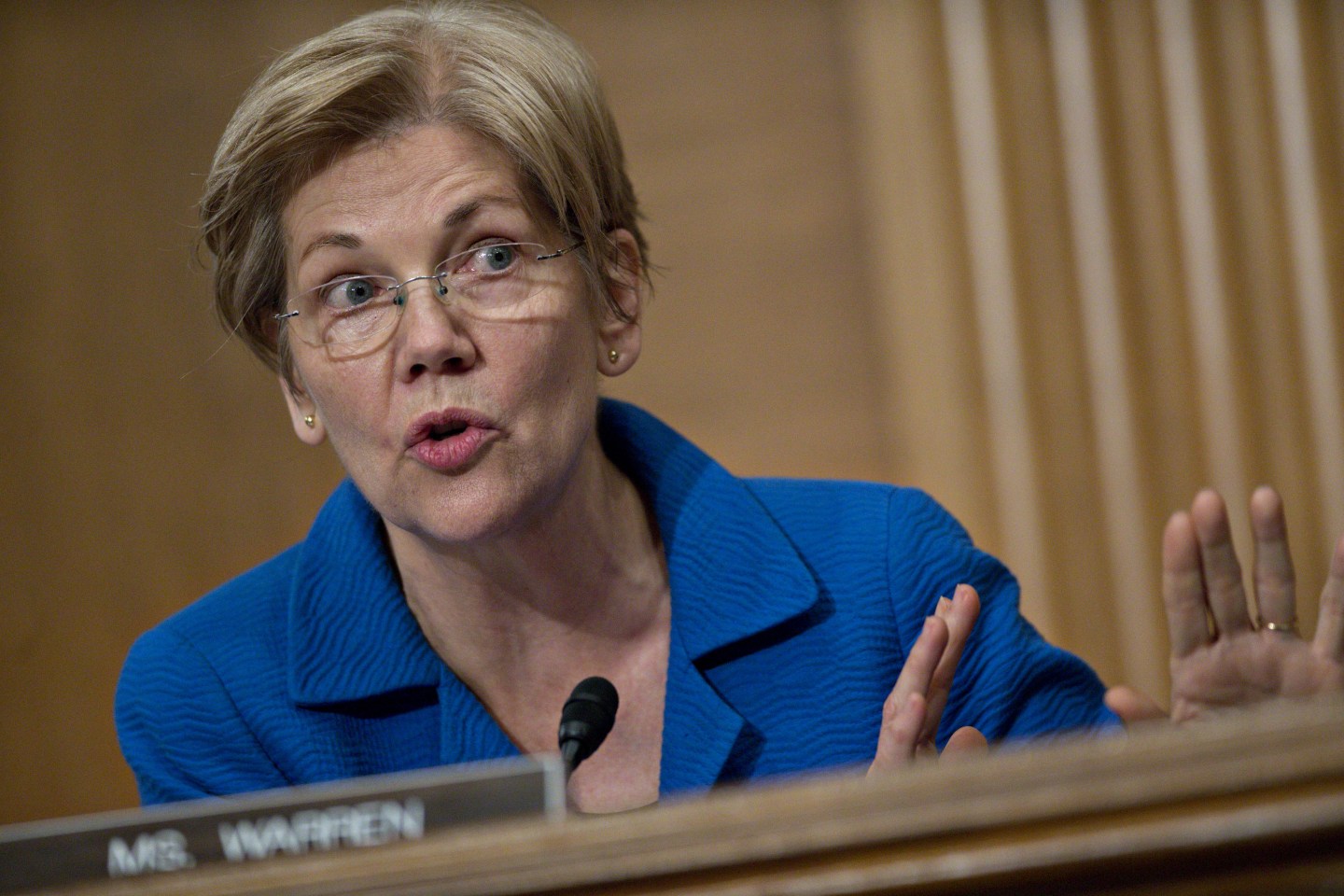 This story has been updated to include comment from Uber.

Nine out of every 10 Americans may have no idea what the “gig economy” is, but Massachusetts Sen. Elizabeth Warren certainly does. And she doesn’t like it one bit.

In a speech Thursday at the annual conference of the New America think tank in Washington, D.C., Warren slammed ride-hailing companies Uber and Lyft for undermining the economic safety net of worker protections built over the last century.

The senator noted that everything from minimum wage and workplace safety laws to the 40-hour workweek, the right to unionize, and antitrust regulations created a system in which, between 1935 and 1980, the bottom 90% of Americans by wealth got 70% of all income growth.

But, she said, the last 30 years have seen those protections come under relentless attack. And she places the “gig economy” in general—and Uber and Lyft in particular—as the most recent weapon in the war against low- and middle-income workers.

“The much-touted virtues of flexibility, independence, and creativity offered by gig work might be true for some workers under some conditions,” Warren said, “but for many, the gig economy is simply the next step in a losing effort to build some economic security in a world where all the benefits are floating to the top 10%.”

For Warren, Uber and Lyft contribute to this pain by driving down wages and fighting against gig workers who want a greater share of the pie.

“While their businesses provide workers with great flexibility, companies like Lyft and Uber have often resisted the efforts of those same workers to access a greater share of the wealth generated from their work,” she said. “Their business model is, in part, dependent on extremely low wages for drivers.”

In a prepared statement, an Uber representative told Fortune, “Our platform provides independence and flexibility, and nearly 90% of U.S. drivers tell us that they partner with Uber to be their own boss and set their own schedule.”

To be fair, Warren noted that the gig economy didn’t invent problems with the social safety net—corporations have long exploited contract workers, and worker protection regulations haven’t been updated—and she said that gig work was often helpful for those who were unemployed.

But her attacks are not good news for Uber, Lyft, and other gig economy firms that have been fighting an uphill battle to convince lawmakers that they need less—not more—regulation.

In recent weeks, Uber and Lyft left Austin after the city demanded they conduct fingerprint background checks, they’re both mired in settlement talks with drivers who say they should have been classified as employees and not contractors, and Uber has recently announced a deal to create a drivers guild in New York.

For Warren, the social safety net needs to be updated to make benefits more mobile. That said, it’s unlikely the policy proposals she made Thursday will appeal to companies dealing with many workforce issues already.

In her speech, Warren said that all workers should pay into Social Security in order to keep the system funded, which means that all employers—even those who employ 1099 gig workers—would have to handle withholding payroll taxes.

Second, Warren said all workers should be covered by catastrophic insurance, something that would demand another automatic deduction that gig economy companies would have to handle.

And finally, she said every worker should have earned paid leave.

These worker protections would all add paperwork and expense to the gig economy, and put into doubt the viability of companies whose business models are, as she said, “dependent on extremely low wages.” The months to come may show if Uber and Lyft are in that group.

Fortune has contacted Lyft and will update the story if the company responds.