Why Home Depot’s Sales Are Soaring, While Rest of Retail Struggles 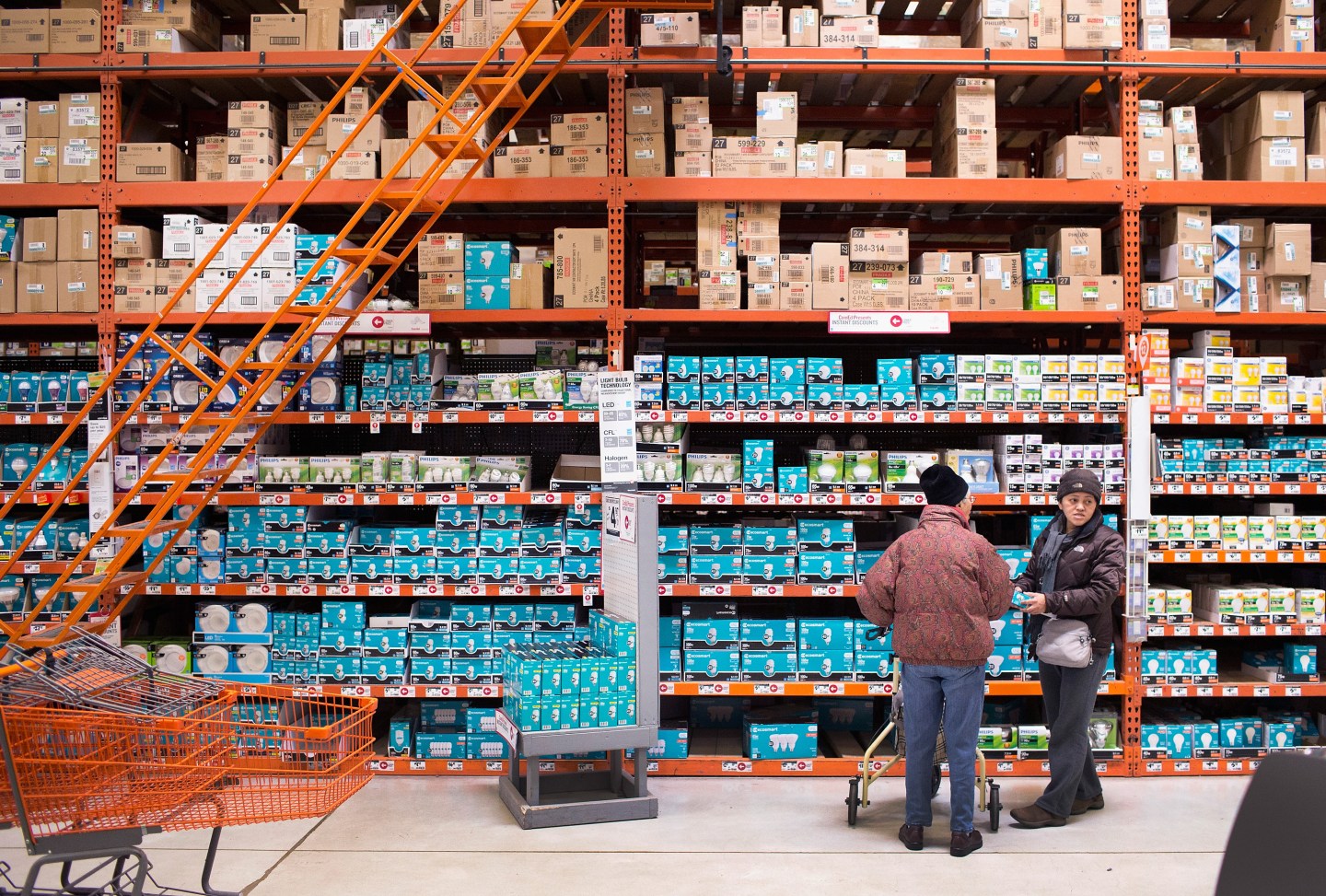 CHICAGO, IL - MARCH 24: Customers shop for light bulbs at a Home Depot store on March 24, 2015 in Chicago, Illinois. The Labor Department reported the consumer-price index rose a seasonally adjusted 0.2% in February from a month earlier, the first rise since October and the largest increase since June. (Photo by Scott Olson/Getty Images)
Photograph by Scott Olson — Getty Images

At a time when many retailers are struggling to connect with fickle shoppers, Home Depot reported yet another quarter of stunning sales growth, exceeding analysts’ expectations. In part due to the unseasonably warm winter, the world’s largest home improvement retailer on Tuesday reported a $1.9 billion increase in total sales. And, same-store sales – a key retail metric that tracks existing store sales – jumped 7.4% in the U.S.

Executives also said there was more good news to come and raised targets for the fiscal year. “Spring has not arrived in many markets,” Chief Financial Officer Carol Tomé told Fortune in an interview. “As the weather warms up and spring arrives, we expect to have a very strong garden business.”

Total sales grew 9% to $22.8 billion while net earnings totaled $1.8 billion, up from $1.6 billion the prior year. All of those figures also exceeded Wall Street’s expectations.

Tomé told analysts that the weather helped boost U.S. sales by about $250 million. She said sales growth was especially strong in February, when comparable sales jumped 11.8% before slowing, albeit remaining steady, in the wetter months of March and April. She added the retailer was pleased with what it was seeing in May.

Home Depot said demand was particularly driven by the company’s high-spending professional customers. Called “pros,” sales from those customers – which visit Home Depot stores on average 67 times a year – were up in the double digits. They spend, on average, $6,300 per year in Home Depot for various home and commercial improvements. A more robust housing market, as well as the aging housing stock, has led customers to approve more home improvement projects.

The strong start to the year also led Home Depot’s executives to raise targets for the fiscal year. Home Depot now projects sales to rise 6.3% (previous target was 5.1%-6%) and same-store sales to climb about 4.9% (3.7%-4.5% previously).

Tomé said that while Home Depot doesn’t normally raise sales growth target so early in the year, the retailer is bullish about the underlying strength of its business. Notably, while U.S. gross domestic product forecasts have pulled back slightly since Home Depot built its original targets, executives see strength in the housing market as home prices, turnover and household formation trends remain on track.

Home Depot is also continuing to perform well on the company’s e-commerce strategy, even as many other rivals report slowing sales for that channel. In the latest period, Home Depot said online sales grew 21.5%. For the current spring season, the company said it would offer an expanded assortment of seasonal products by 35% year-over-year online as a way to further connect the brick-and-mortar and e-commerce experiences.