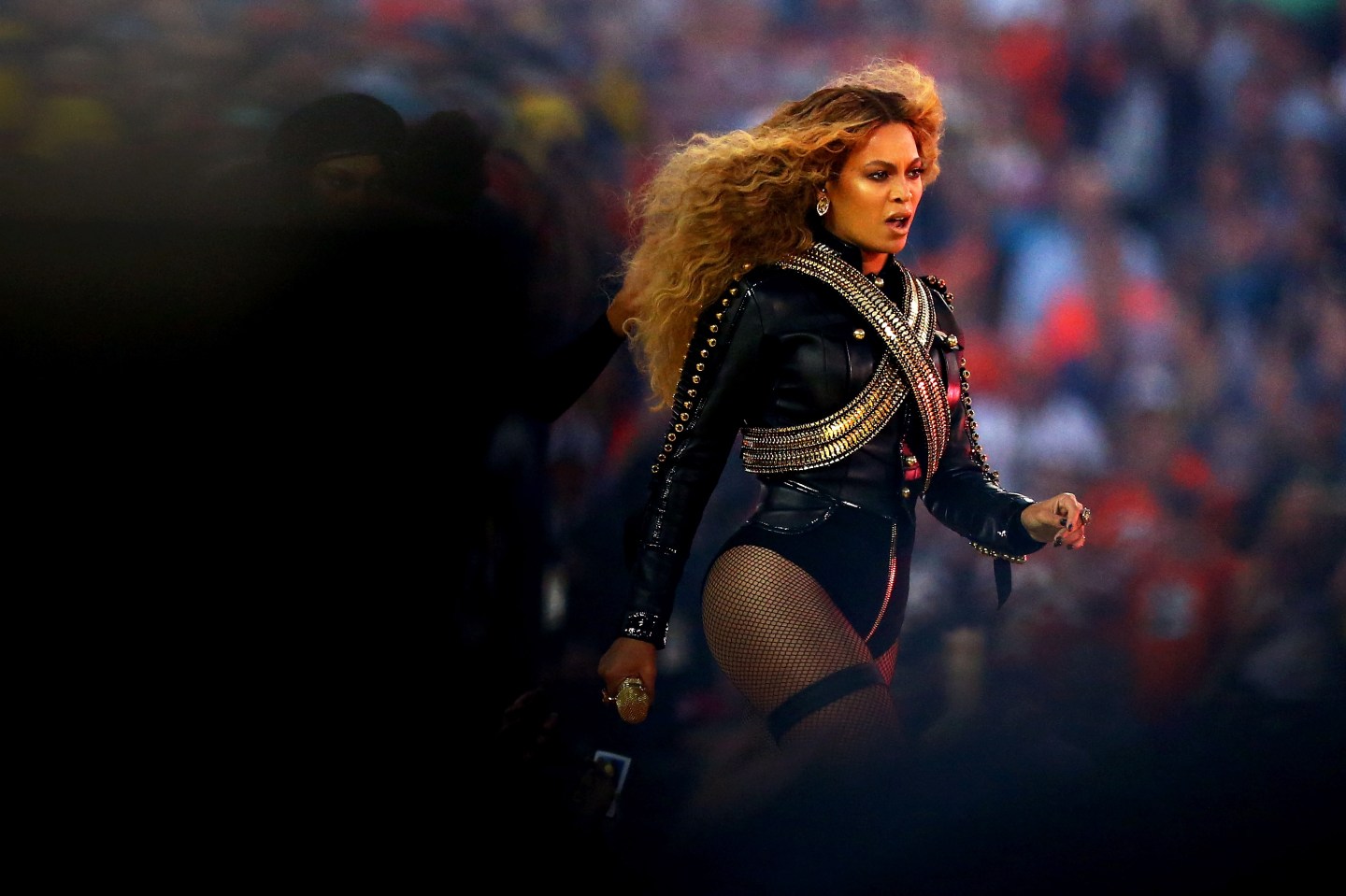 Music superstar Beyoncé this week tip-toed into the debate swirling around a North Carolina law that requires transgender people to use public restrooms that correspond to their sex at birth instead of the gender with which they identify.

On Tuesday as her Formation rolled into Raleigh, Beyoncé’s website featured a post about the law dubbed “HB2” or “The Bathroom Bill” and urged fans to support the organizations that are opposing it.

As The Formation World Tour makes its stop in the Tar Heel state in the midst of such a controversial time, we think it is important for us to bring attention to those who are committed to being good and carrying on the message of equality in this core of controversy.

The post, which included a link to a photo gallery of Beyoncé’s performances, also plugged Equality NC, a local organization that lobbies the North Carolina legislature to strengthen the rights of the LGBT community.

Beyoncé’s response to the law is rather subdued compared to the reactions of other musical artists, who have publicly blasted the measure and called off shows in protest. Most notably, Bruce Springsteen canceled a scheduled show in Greensboro in April after releasing a statement that said “some things are more important than a rock show and this fight against prejudice and bigotry—which is happening as I write—is one of them.”

Backlash in other industries has been just as fierce. PayPal said in April that it was withdrawing plans to open an operations center in Charlotte in response to the law’s passage. Other tech heavyweights like IBM, Apple, Google, and Facebook also denounced the measure. Some cities and states banned their officials from traveling to North Carolina, and NBA Commissioner Adam Silver said the league is considering relocating its 2017 All-Star game from its planned site in Charlotte.

The Department of Justice on Wednesday warned North Carolina that the transgender bathroom law violates the federal Civil Right Act.

Meanwhile, British folk-rock band Mumford & Sons, Jimmy Buffett of “Margaritaville” fame, Southern rock legend Gregg Allman, and Cyndi Lauper have all taken a different approach to the controversy, bashing the law but not canceling shows. “These shows were booked and sold out long before the governor signed that stupid law. I am not going to let stupidity or bigotry trump fun for my loyal fans this year,” Buffett said on his blog. So Beyoncé, whose new album Lemonade has topped the weekly U.S. Billboard 200 album chart, is not alone in going ahead with her performances in North Carolina but she is by far the biggest name.