Despite HB2, All of These Stars Are Performing In North Carolina 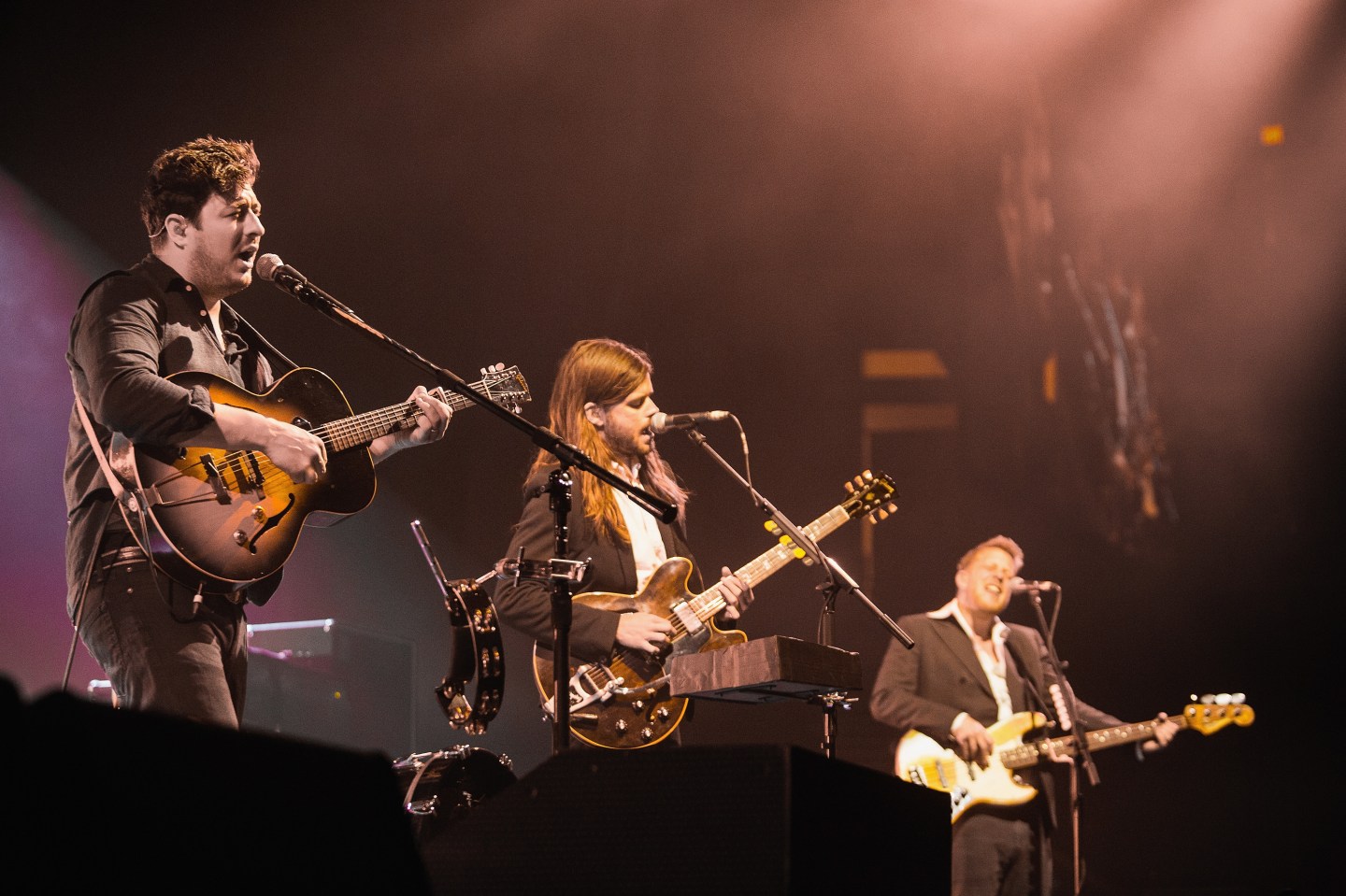 The popular British folk-rock band Mumford & Sons have a concert scheduled tonight in Charlotte, North Carolina. Unlike some other musicians who have cancelled recent appearances to protest the state’s “bathroom law,” the band is choosing to take the stage as scheduled.

“As a band that relishes welcoming everyone to our shows and promoting tolerance, we do want to take a stand with the people of North Carolina who this week are shouting loudly against intolerance, fear and discrimination,” the group said in a statement on its official Facebook page.

“We’re now creating a charitable fund to support those who have made it their mission to pursue love and justice,” the group said. “We will be donating all of our profits from this show to this new fund. And we will start by making a donation from it to a local LGBTQ organization.”

The decision to play may seem controversial in light of recent events. On April 8, rocker Bruce Springsteen said in a statement on his official website that he was cancelling his appearance in the state to protest HB2, which stipulates that transgender people must use the bathroom designated for their birth gender.

“With deepest apologies to our dedicated fans in Greensboro, we have canceled our show scheduled for Sunday, April 10th,” the statement said. “Some things are more important than a rock show and this fight against prejudice and bigotry—which is happening as I write—is one of them.”

“I’m sorry to disappoint my fans in the area, but we need to take a stand against this hatred,” he said in a statement. “Spread peace and love.”

Hate the law, love the state

Despite these high-profile boycotts, Mumford & Sons is condemning the law but performing anyway, and they’re not alone. Jimmy Buffett, of “Margaritaville” fame, slammed HB2 on his blog, but said that he would still play his upcoming shows in Raleigh and Charlotte.

“North Carolina was there for me as a performer in the early days and I have always felt a loyalty to fans there that goes deep,” he wrote. “These shows were booked and sold out long before the governor signed that stupid law. I am not going to let stupidity or bigotry trump fun for my loyal fans this year.”

Southern rock legend Gregg Allman had a similar message, which he posted to his official Facebook page.

“My band and I will continue to play our show as scheduled there tomorrow, April 13, and hope that our music unites people in this challenging time,” he wrote. “We stand in solidarity with the LGBT community urging Gov. McCrory to listen to the people and reverse this wrong.”

Singer Cyndi Lauper, who has been beloved by the gay community for decades and is a fierce advocate of LGBT rights, said in a statement on her website that she would play her June 4 Raleigh show. “I will be donating all of the profits from the show to Equality North Carolina’s efforts to repeal HB2,” she wrote. “If we truly want an inclusive society, we all have to include ourselves in the effort to make that happen.”

“We need you here”

One group that opposes HB2, North Carolina Needs You, is asking musicians and other artists that oppose it not to boycott the state, but to follow the lead of Mumford & Sons and others, and perform there instead.

“We need you here, in North Carolina, helping to raise money and awareness in order to defeat such policies and the politicians who enacted and now defend them,” the group said on their official website. “Use the stage as a platform to make a statement. And donate any—or, better yet, all—profits to a coalition of nonprofits, lobbying groups, and grassroots organizations doing on-the-ground work to take North Carolina back.”

According to NBC News, comedian Joel McHale has already taken the group’s wishes to heart. He recently performed in Durham, and said that he would donate all of the proceeds to its local LGBTQ center.

Since the passage of HB2 in March, North Carolina has been the subject of a swift backlash from the business community. PayPal has withdrawn plans to build a $3.6 million operations center in Charlotte, and Deutsche Bank has halted an expansion that would have added 250 jobs in Cary. On April 12, North Carolina Governor Pat McCrory attempted to address the matter by signing an executive order allowing private employers to “set their own rules for their own restroom, locker room and shower facilities.”