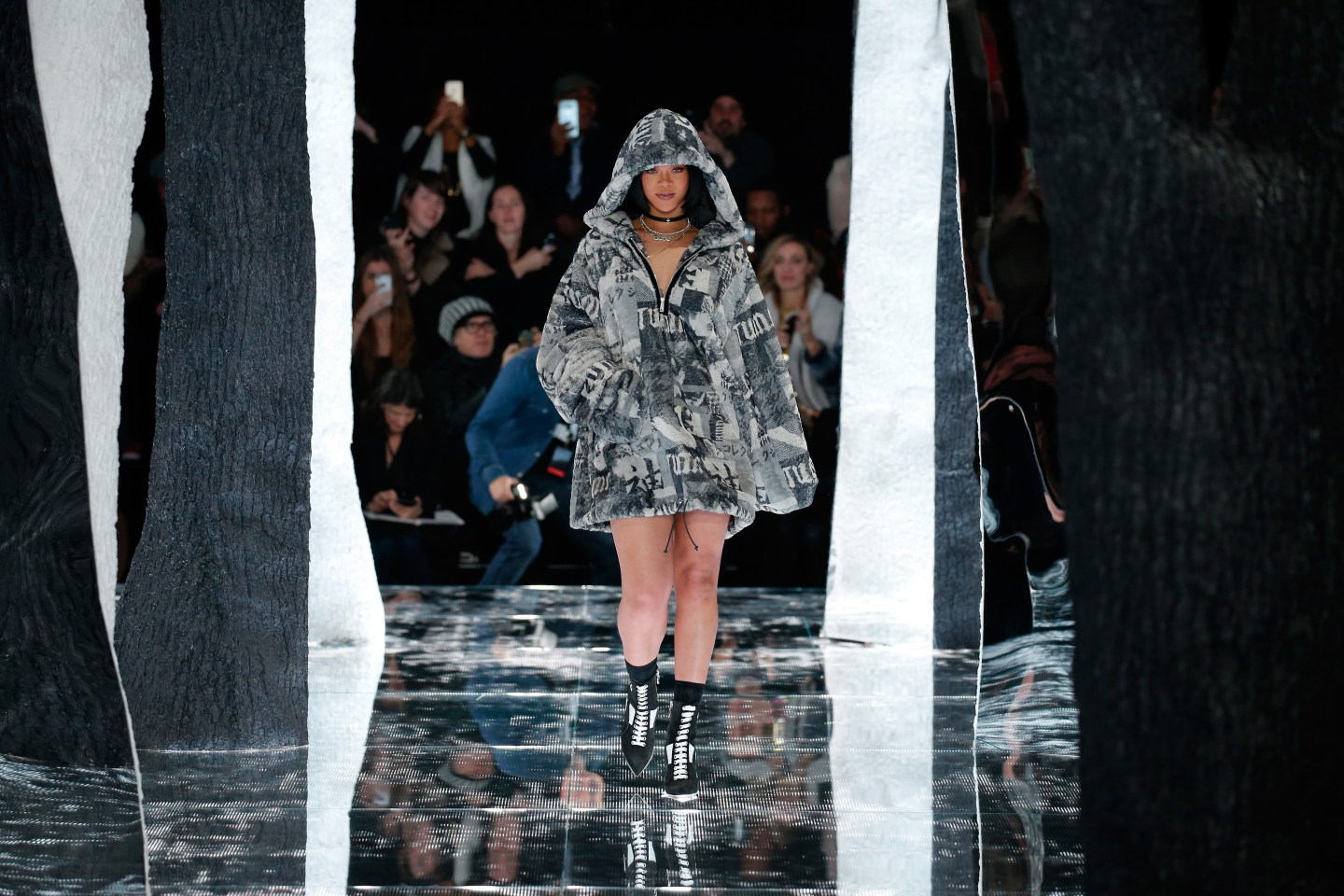 The chief of Puma admitted on Friday that arch rival Adidas was on a roll due to the popularity of its retro sneakers, but he believed a deal with singer Rihanna would help the smaller German sportswear firm get back in the game.

The two brands have a fierce rivalry that dates back to their foundation by two brothers who fell out in the late 1940s in the small southern German town of Herzogenaurach.

Both have launched big marketing drives since 2014 after struggling against fierce competition from Nike, but Adidas has returned to form more quickly, helped by the popularity of relaunched Superstar and Stan Smith shoes.

“Superstar and Stan Smith shoes are everywhere you go. They are a huge growth vehicle for them,” Bjorn Gulden, who took over as Puma chief executive in 2013 and worked at Adidas earlier in his career, told a conference call for reporters.

Compared to the much bigger Nike and Adidas, Gulden said Puma was still struggling to get space at retailers, although its popular retro suede sneakers and new women’s products were prompting distributors to call to ask to stock its range again.

The firm confirmed it expects sales to grow by a high single-digit percentage this year, while it sees its gross profit margin remaining flat from last year’s 45.5%, with operating earnings between 115 million and 125 million euros.

Adidas, by contrast, raised its 2016 outlook this week, forecasting currency-adjusted sales up by about 15% and net profit from continuing operations up by 15 to 18%.

The upbeat Adidas outlook had helped buoy Puma shares too, but the stock was down 2.9% by 0831 GMT on Friday, compared with a 0.5% weaker German small-cap index .

Gulden said currency effects had slowed growth in sales and profitability in the first quarter although the women’s business, helped by products designed by singer Rihanna, had started to show “excellent results”.

“The women’s business helps on the men’s side too. Rihanna opens the door,” he said.

Puma cited strong demand for sneakers designed by the superstar singer in February when it reported higher-than-expected sales growth in the fourth quarter.

While Puma is still battling the impact of the stronger U.S. dollar—the currency in which it sources most products—Gulden said it was benefiting from lower raw material prices and cost of shipping from Asia, while managing to lift some prices.