Rihanna Is Helping Puma Tap Into a Booming Female Market 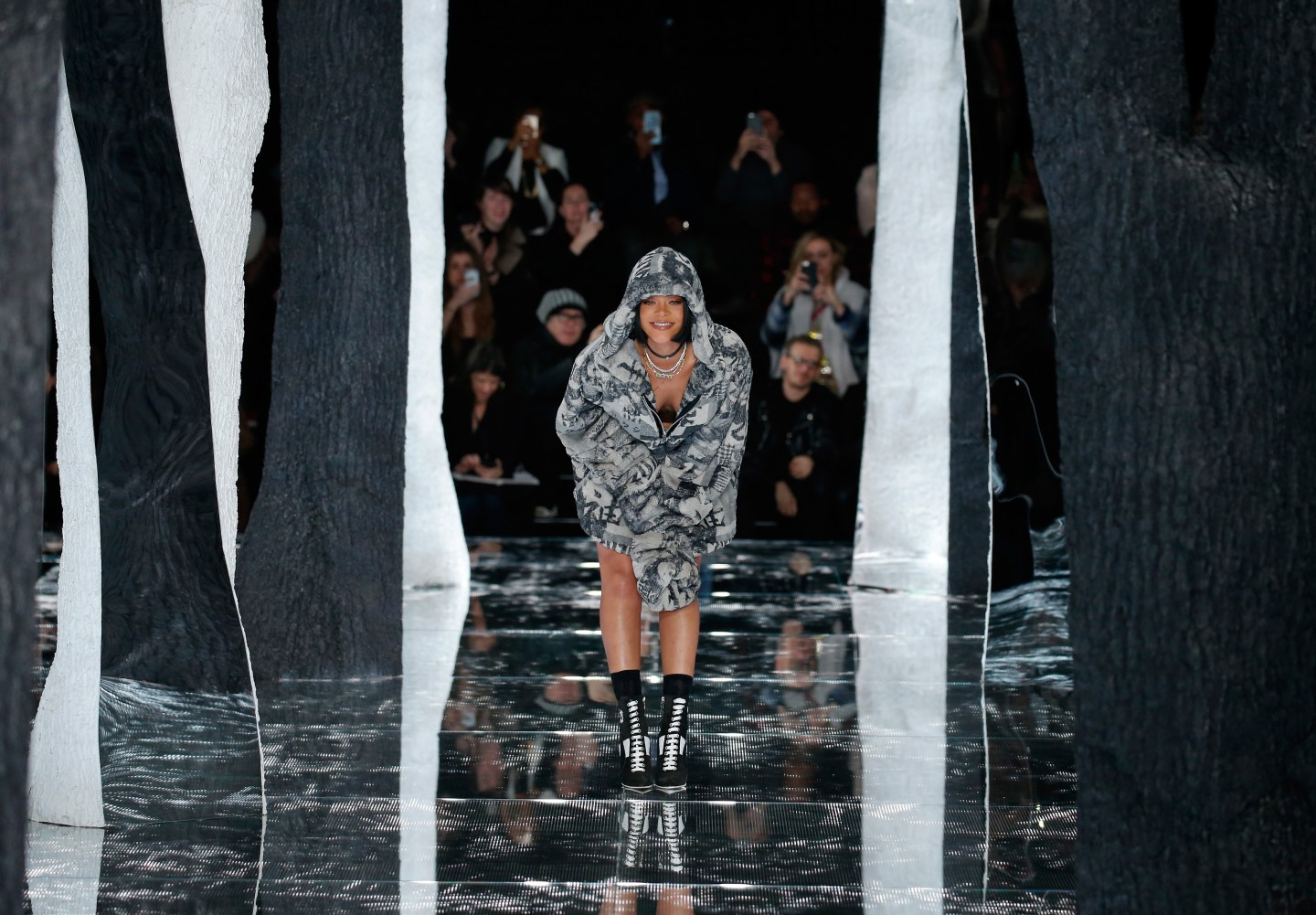 Strong demand for sneakers designed by singer Rihanna helped Puma achieve higher-than-expected sales growth in the fourth quarter and the German sportswear firm said on Thursday a busy sports calendar should help it in 2016.

Puma, which fell out of favor as a fashion brand for women, has made tapping into the booming female sportswear market a key part of its strategy for getting back into the race with industry leaders Nike (NKE) and Adidas.

It has appointed Rihanna, famous for hits such as “Umbrella,” as creative director, and the singer launched her first clothing collection for the company last week in New York, a goth-inspired range in black and white sported by models wearing black lipstick.

“The future is female … we see more and more women across the world are doing sports,” CEO Bjorn Gulden told a news conference. “We feel we can be the brand that owns the space between the gym and the runway.”

Puma also announced a deal for reality television celebrity Kylie Jenner to act as a brand ambassador, despite brother-in-law Kanye West, who designs for Adidas, having previously said on Twitter she would not sign up to the rival brand.