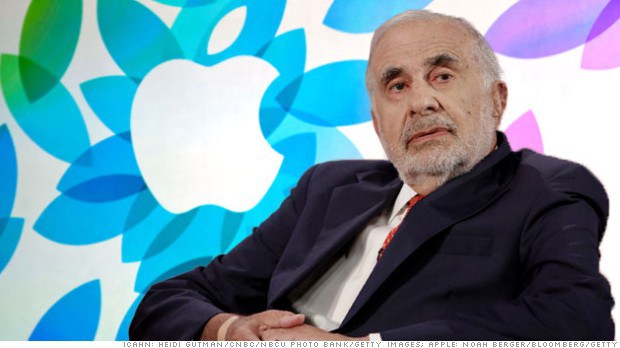 Here’s what billionaire investor Carl Icahn said on CNBC yesterday when asked if China’s “government interference” was the reason he sold all of his Apple stock.

“That is the main reason that, yeah, I got out,” Icahn said.

That relationship Icahn is referring to is the one between Apple (AAPL) and the Chinese government—or what Icahn called the “benevolent dictatorship.”

Few thought to question it until this month, when news surfaced that Apple’s iBooks Store and iTunes Movies services had been suspended in China just six months after opening, due to new regulations pressuring Western content. The regulator said to have ordered the shutdown of Apple’s services falls under control of the Communist Party’s ruling State Council, and was one of two regulators behind new rules for foreign media released in February.

It was a wakeup call for Apple, which hadn’t faced similar pressures in China since three years before, when state media criticized its warranty policies.

Icahn was clear it isn’t China’s economy that has him worried.

“I’m not talking about China’s economic status right now. I’m talking about what are they going to do—I mean, could this thing with Apple escalate a little bit? And if it does, what does that mean to Apple’s profits for the near term?” he said. “I’m talking about the facts that you see. That China is sort of looking at Apple and saying, ‘Well, can you do this? Should we let you do that? Should we let you do this?’ And it may really blow over. Look, I mean, it’s blown over certainly in other areas and it certainly could blow over here.”

Icahn is right that countless unknowns abound regarding Apple’s status in China, its most important growth market and one driving 25% of revenue. As other U.S. tech giants like IBM (IBM), Microsoft (MSFT), and Cisco (CSCO) have recently faced faltering sales in China thanks to harsher regulations, Apple has come through relatively unscathed—until now. Analysts and watchers can’t say whether Apple’s recent run is because its relationship with the government is stronger or because it focuses on consumer products that are less sensitive to the Chinese government than, say, Cisco’s servers.

Apple CEO Tim Cook has said very little to address concerns that Apple is no longer free from government interference in China. (The New York Times broke the news about Apple’s services being suspended in China; Apple has since only said that it will try to reinstate the services as quickly as possible.)

China came up 14 times in the call’s question and answer session with analysts, without a single direct question about Apple’s relationship with the government. References to the new lower cost iPhone SE appeared almost as many times.

If Cook hadn’t realized his silence on China was unnerving Apple’s owners, he now knows. Icahn told CNBC he called Cook yesterday morning to tell him the news he was selling his shares.

“He was a little sorry, obviously,” Icahn said.

If Apple doesn’t offer more insights about what’s happening in China, it may become more than a little sorry if other investors follow Icahn’s lead.