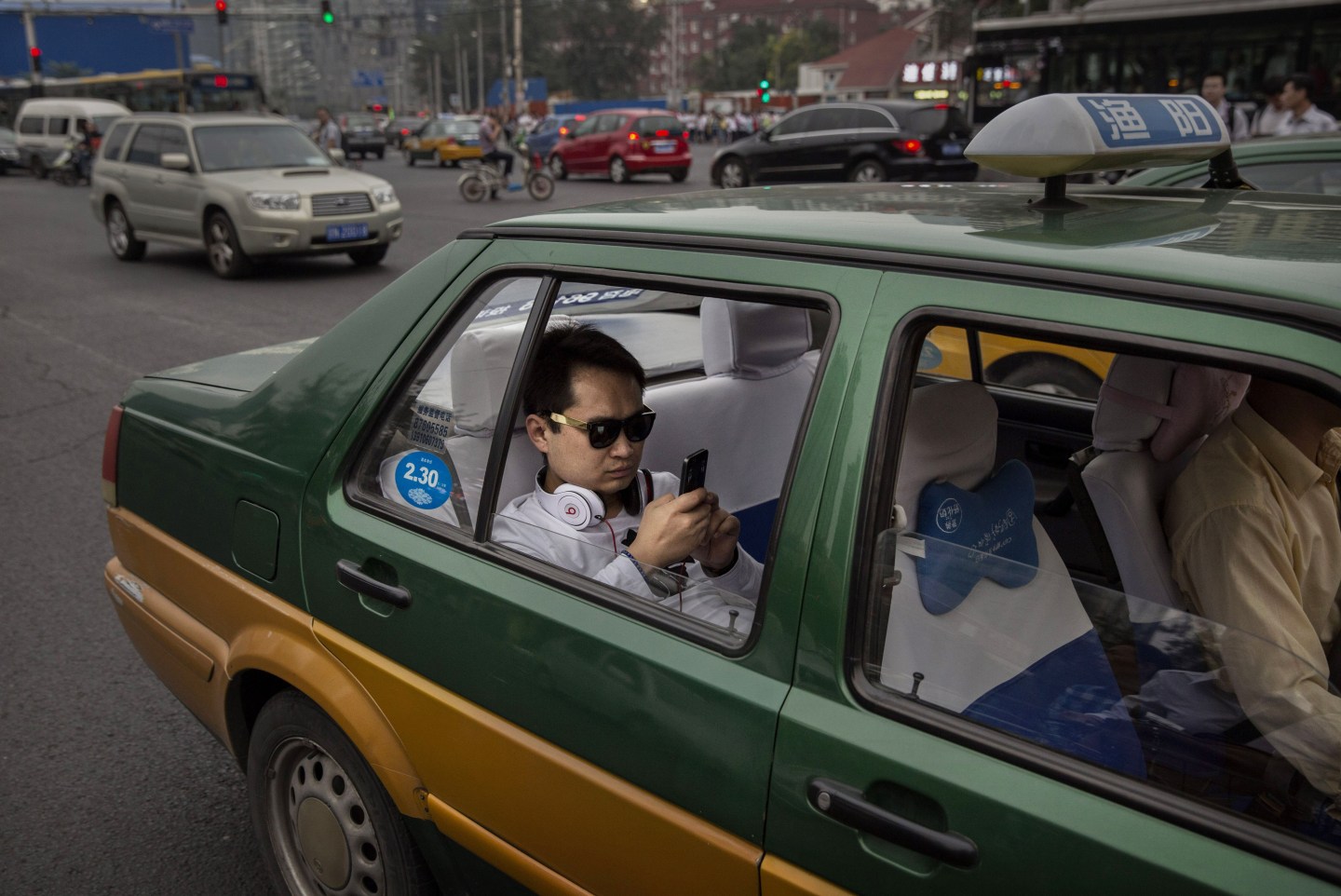 BEIJING, CHINA - SEPTEMBER 16: A Chinese man uses his smartphone as he sits in traffic in the back of a taxi on September 16, 2014 in Beijing, China. China tightened censorship on mobile messaging apps last month and blocked a number of foreign chat services, according to media reports. (Photo by Kevin Frayer/Getty Images)
Photograph by Kevin Frayer — Getty Images

New rules released by two Chinese regulators this week are codifying Beijing’s clampdown on foreign media, which over the past few years has resulted in the websites of many being blocked.

The rules likely do not, as one alarmist headline predicted, mean all foreign media will be banned from publishing online in China. But the regulations, which would include ‘content’ as loosely defined as Apple’s Chinese App store, do put foreign media companies and tech companies under more scrutiny and pressure.

The rules, first published online Monday and set to take effect March 10, say any foreign-owned media cannot publish online in China without approval from the government, and that all content—”text, maps, games, cartoons and audio files”—must be hosted on servers located inside China. The dictates were released by China’s Ministry of Industry and Information Technology and the State Administration of Press, Publication, Radio, Film and Television, or SARFT, which both fall directly under control of the Communist Party’s ruling State Council.

Analysts noted the new rules were a continuation of the regulatory pressures faced by foreign media, but likely do not mean a whole new clampdown.

“Foreign media have never been able to operate freely in China, so in some ways there is nothing new here,” says Jeremy Goldkorn, director of Danwei, a research firm tracking Chinese media. The New York Times’s Chinese-language site, for instance, has been blocked ever since the paper ran articles about leaders’ wealth. That paper pointed out today that global news companies including the New York Times publish on servers outside China, “and are unlikely to be affected by the new rules.”

Goldkorn says the rules, rather than suddenly blocking any foreign content in China, “probably means that foreign media and Internet companies are going to come under even greater scrutiny and pressure.”

Analysts said it is a matter of how Chinese authorities implement the new law that will determine how restrictive it is. Beijing in the past has put forth sweeping regulations but selectively enforced them. The latest could affect almost anything that’s published online in China, but it’s unclear where China will focus its efforts. As the Wall Street Journal points out, some foreign companies have exploited gray areas in the Chinese regulations to publish content in the country.

It follows a theme: last year Beijing passed regulation requiring technology companies to host their data on local servers. “The rules also forbid [them] to store the related servers and storage devices outside China,” said Zhang Hongbin, a lawyer at Beijing’s Junhe law firm. The rules appear to be emphasizing the government’s drive to move more content onto Chinese servers, which Beijing has made a priority since at least 2013. In 2014, for instance, Apple said it had begun hosting users’ content on Chinese servers. The same year Microsoft, working with a Chinese partner, said it had opened a data center in China to support its Azure cloud services. LinkedIn also hosts data locally in the country, and in the latest quarter said it was adding more new members in China than anywhere else.

Because the latest rules are broad and unclear, their influence may not become known until they take effect in early March. That’s when foreign companies, if they are feeling newly pressured, will speak out.