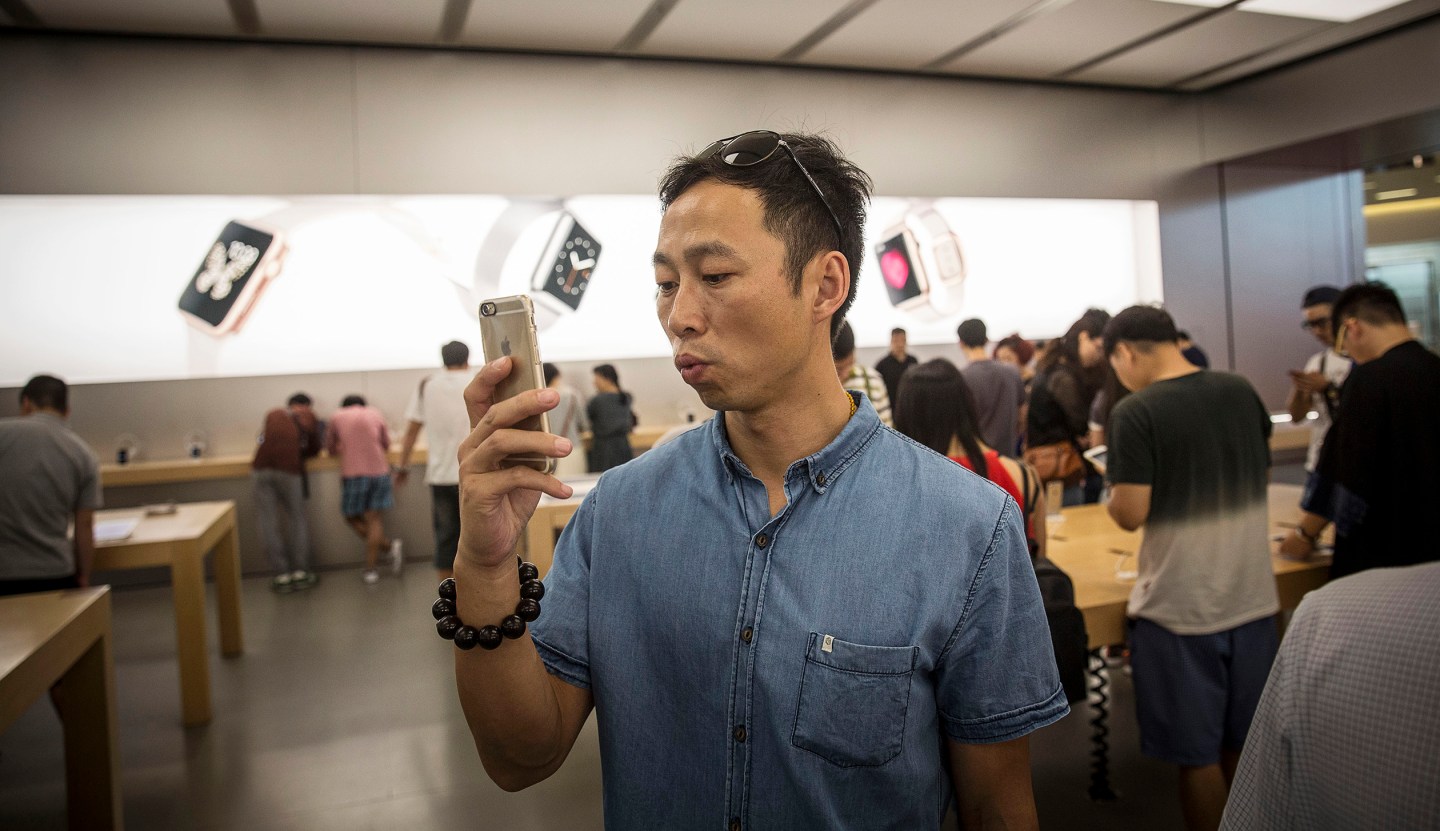 A customers takes a photograph using an Apple Inc.'s iPhone at the company's store during the sales launch of the iPhone 6s and iPhone 6s Plus at the IAPM shopping mall in Shanghai, China, on Friday, Sept. 25, 2015. The latest models, following last year's hugely popular design overhaul that added bigger screens, may not match the success of previous releases, according to analysts. Photographer: Qilai Shen/Bloomberg via Getty Images
Qilai Shen—Bloomberg /Getty Images

The first casualty of China’s new rules for foreign media is an unexpected one: Apple.

Today news surfaced that its iBooks Store and iTunes Movies services were suspended in the country at the request of government regulators last week, the New York Times first reported. The services opened in the country just six months ago, with the blessing of the authorities.

The company said in a statement: “We hope to make books and movies available again to our customers in China as soon as possible.” But the news itself was evidence that Apple’s seeming invincibility to government stricture in China is gone.

Apple is special in China in many ways. It is an American tech company whose business has skyrocketed in the past few years following the 2013 Edward Snowden revelations of U.S. espionage involving U.S. tech companies, which China used to draft harsher rules against the major U.S. technology companies operating in the country, including Microsoft, IBM, and Cisco. They have all experienced regulatory harassment and faltering sales.

Apple, meanwhile, said revenues rose 14% to $18.4 billion in Greater China in the latest quarter. China drives a quarter of the company’s total sales and is Apple’s second-biggest market after its home country.

The regulator said to have ordered the shutdown of Apple’s services, the State Administration of Press, Publication, Radio, Film and Television, or SARFT, which falls directly under control of the Communist Party’s ruling State Council, was one of two regulators behind new rules for foreign media in February.

Back then, China media analyst Jeremy Goldkorn told Fortune the new rules “probably mean that foreign media and Internet companies are going to come under even greater scrutiny and pressure.”

The temporary closure of Apple’s two services appears to follow the prediction. Apple’s largest iTunes and App store services were unaffected this week in mainland China, as well as Apple Pay. So Apple only appears to be facing greater pressure so far, not a total crisis.

When the company releases earnings on Tuesday, expect to hear questions about its China business and relations with the Chinese government. Investors should hope Tim Cook has answers.

Chinese president Xi Jinping has ramped up Internet censorship and cracked down on foreign influences since he assumed power three years ago, pushing back on everything from media to “xenocentric” architecture. Targeting Apple’s cultural conduits seems aligned with this pushback.