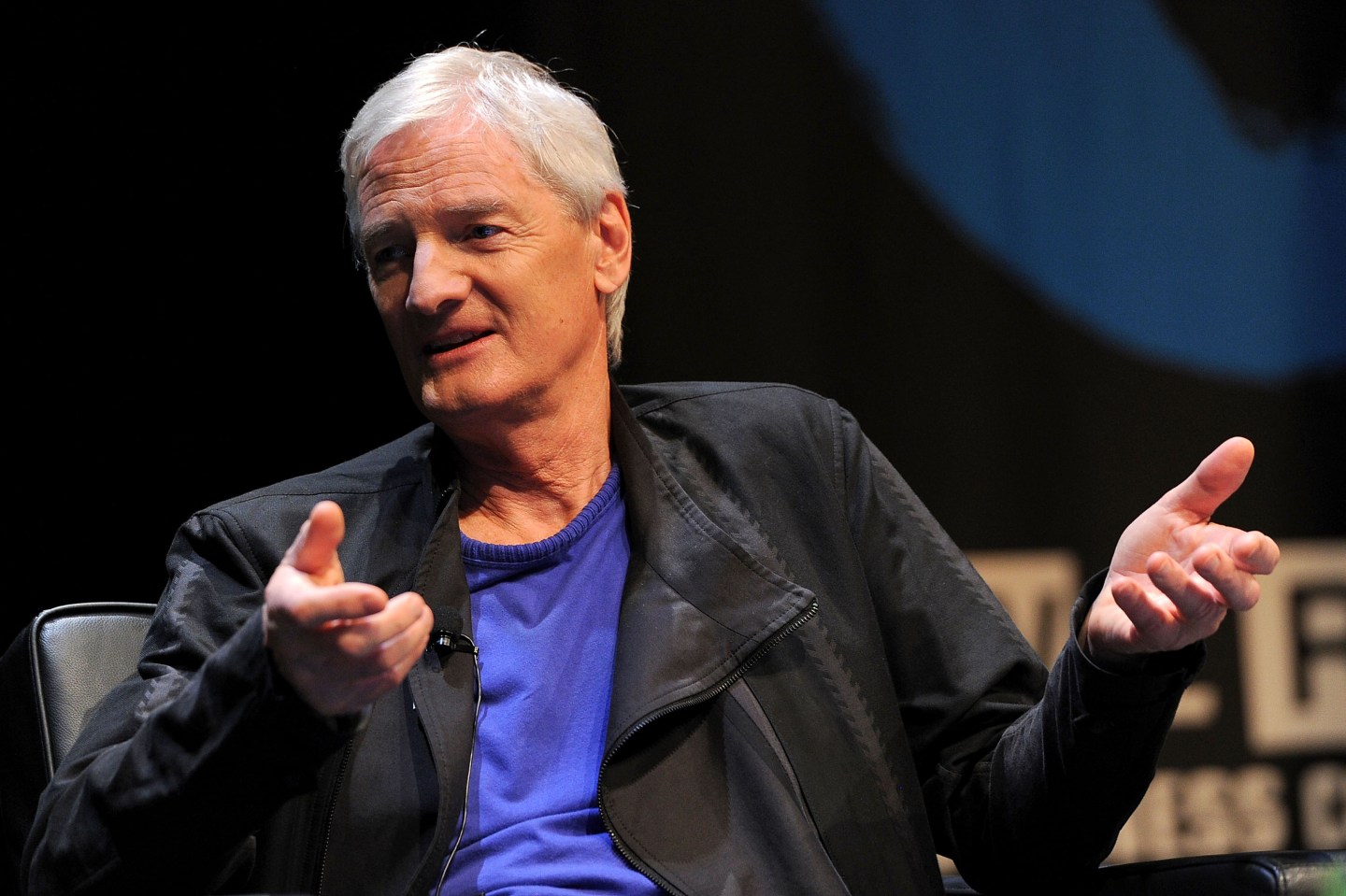 British entrepreneur James Dyson has consistently found ways to turn the dullest household item into a spectacle to behold and his latest invention—a high-tech hairdryer with a look and sound dramatically different from anything else on the market—is no exception. Built in the shape of a mallet, the Supersonic is powered by a miniaturized motor, rendering it eerily quiet. The cost is arguably even more unconventional. When it comes to the U.S. this fall, it will retail for a cool $400.

This may be his first foray into the world of personal-care products, but Dyson has built his eponymous company and estimated $5 billion fortune designing better versions of everyday products.

Here’s a look back at his reimagining of five basic tools and appliances, plus a peek at what the 68-year-old inventor may be working on next.

Probably his most famous invention, after more than 5,000 rejected prototypes, Dyson debuted his spin on the vacuum cleaner in 1991. Dubbed the ‘G Force,’ the bagless device originally retailed for $2,000. Since then, the company has come out with various iterations of the product, which today include cordless and handheld models.

A Dyson quote plastered on his company’s homepage reads as follows: “Like everyone we get frustrated by products that don’t work properly. As design engineers we do something about it. We’re all about invention and improvement.”

One of the products Dyson and his engineers were apparently frustrated by? The traditional washing machine, a device that, according to the Dyson website, is less efficient at removing dirt than 15 minutes of handwashing. So they set out to improve the product, creating an energy-efficient appliance they named the Contrarotator, which mimicked the motions of handwashing. Unfortunately, the machine was pricey to make. When it went on sale in the U.K. in 2000 it was priced at £1,000 (around $1,500 at the time). But even then, according to Dyson himself, the cost wasn’t high enough — the company lost money and eventually discontinued the product.

According to the company, its Airblade Db hand dryer eliminates moisture in 12 seconds and produces far less noise than traditional “warm air” models. Recently, however, the device has made headlines for a less than sparkling reason: germs. A recent study in the Journal of Applied Microbiology, which compared how viruses disperse after dry their hands with paper towels, warm air dryers and dryers that use technology similar to the Airblade, found that the latter spreads up to 190 times more virus particles than the other methods.

Dyson wheeled out the “ballbarrow” in 1974. By replacing the metal wheel with a rubber ball, his version of the wheelbarrow aimed to solve several pain points, including rusting and instability.

The ballbarrow.Photo courtesy of Dyson

The Air Multiplier is a fan but, as is true with most Dyson products, it’s radically different version than the house fans you grew up with. For starters, it’s bladeless. In lieu of noisily chopping up the surrounding air, the circular electronic draws in air and cools it via an electric motor. Alas, again as with most Dyson products, it doesn’t come cheap. Prices range from $299 to $499, depending on the model.

Dyson’s heavy investment in battery tech — the company has said it will invest $1.4 billion into the technology over the next four years and acquired battery startup Satki3 for $90 million in October—has fueled rumors it’s developing an electric car.