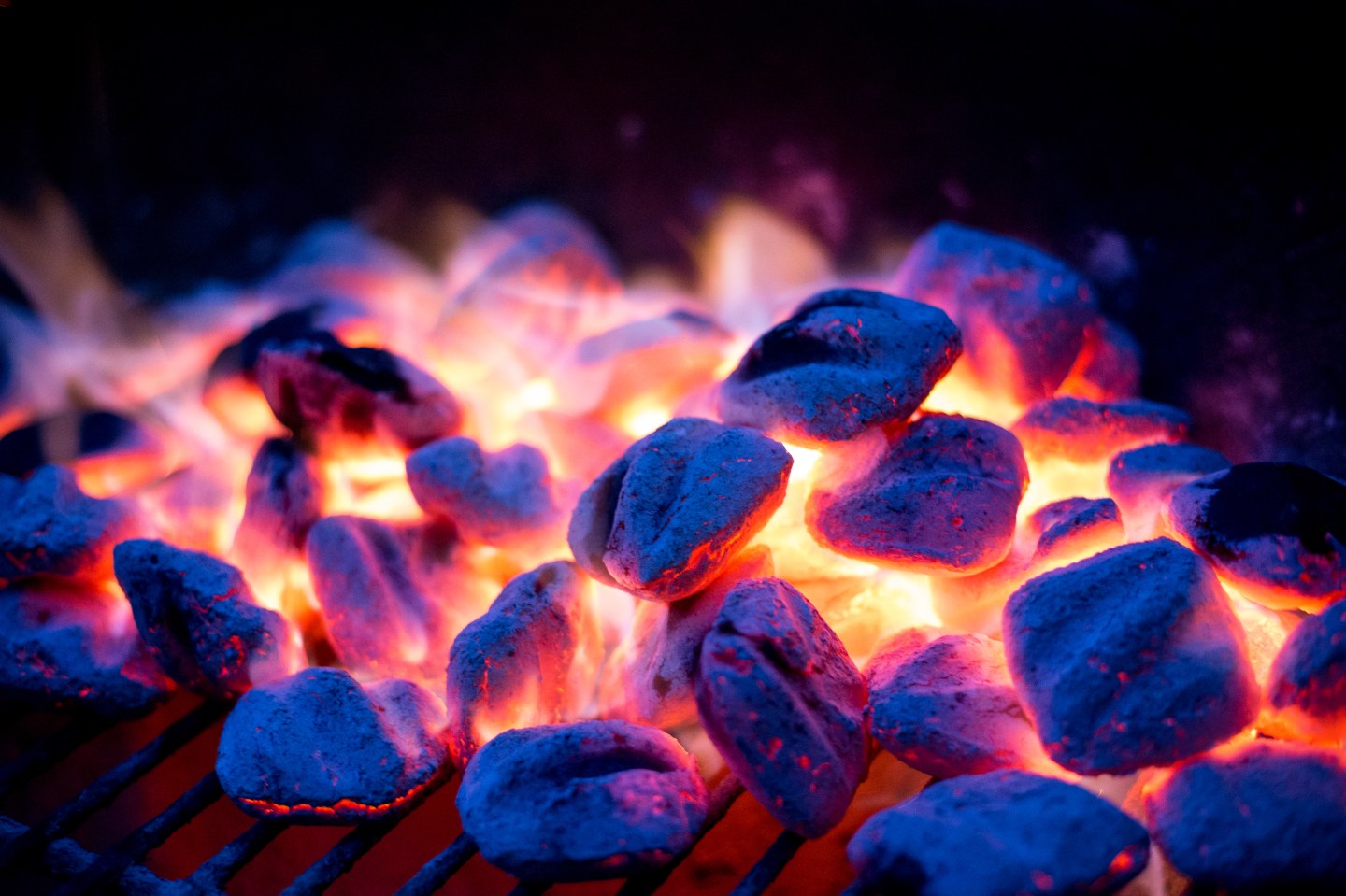 General Electric continues to rebrand itself from an industrial power of the last century, into something hipper, newer, and um, hotter.

It has introduced a line of hot sauce. Yes. Hot sauce.

On Monday, GE and lifestyle web site Thrillist offered a limited number of bottles of the sauce, which incorporates Carolina Reaper and Trinidad Moruga Scorpion peppers that make the common jalapeno look pretty anemic by comparison. The jalapeno scores at about 3,500 “heat units” on the Scoville scale, which measures food hotness, while the Carolina Reaper weighs in with 2.2 million heat units, according to CNBC.

The sauce is called 1032K. The “K” stands for Kelvin, one of three major temperature measurement scales that begins at absolute zero. According to the Thrillist post, 1032K is “the temperature at which physicists believe all things start to break down and everyday matter no longer exists”

The sauce, according to the site, is sold out (The price? Unclear.) But you can still register to win a bottle which comes in a silicon carbide tube which “can handle insane heat levels but not your clumsiness. It’ll crack if you drop it.”

GE (GE) is in the midst of a full-scale makeover. It paints itself as a key player in the industrial Internet, a universe of connected devices feeding data to each other and to a cloud that aggregates that data. Think of it as the Internet of things where the “things” are power generators and jet engines, not Fitbit and Jawbone fitness trackers.

The company also premiered an expensive series of “What’s the matter with Owen” TV commercials in which Owen is a new GE tech employee who has a hard time explaining to friends and family what he does for a living in a world seemingly obsessed with the latest smartphone apps. With Owen, and I guess with 1032K, GE hopes to show that being a GE nerd is, indeed, cool.

Oh and there’s the move of GE’s headquarters this summer to Boston’s high-tech center from Fairfield, Conn.

GE sells off its appliance arm to Haier.

After all, the company has to compete with hot shot Silicon Valley startups for the best and brightest tech talent, so it’s got to put its best foot forward.